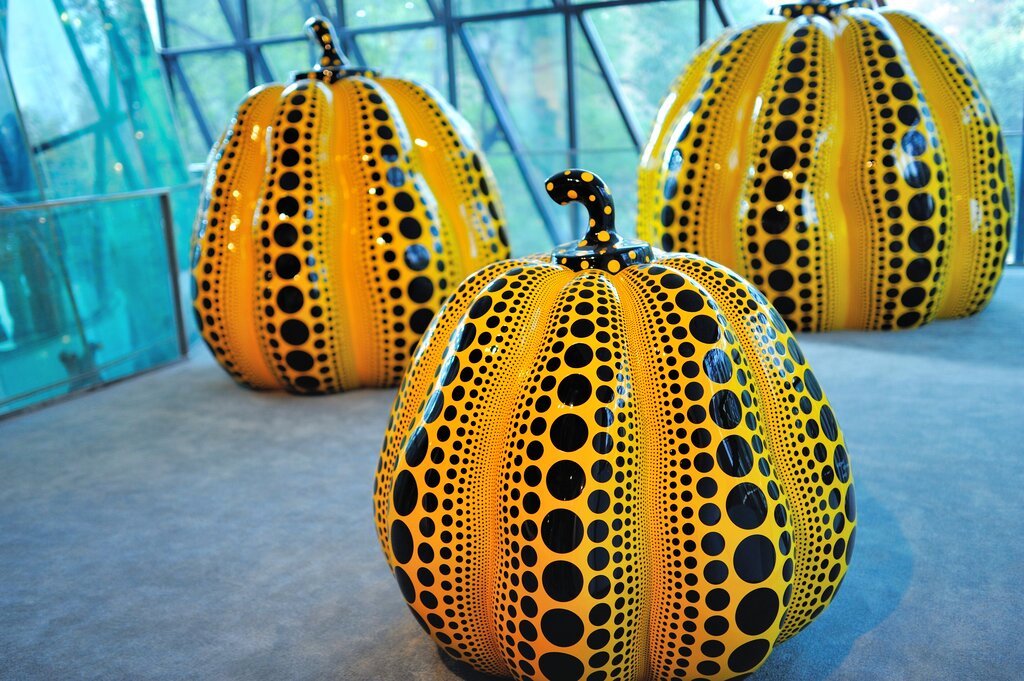 German socialite Angela Gulbenkian pleaded guilty to two counts of theft on July 2 in a London court, Publico reported. Gulbenkian is charged with stealing roughly $1.4 million from Art Incorporated Limited, owned by consultant Mathieu Ticolat, after he bought and never received one of Yayoi Kusama’s iconic pumpkin sculptures in 2017. Gulbenkian is expected to be sentenced on July 28.
Gulbenkian married into a prominent European family known for art collecting. Because of this pedigree, Ticolat decided to trust her despite never having worked with her before, he told South China Morning Post. After Ticolat bought the Kusama piece, Gulbenkian reportedly fed him a number of excuses as to why it hadn’t yet arrived.

Ticolat said he did not realize he was the victim of a scam until 2018, when the seller of the sculpture, a Singapore-based company called Artseen, reached out to him. Artseen told him that though they had employed Gulbekian to sell the work on their behalf, they never received the money Ticolat had paid her. Artseen has since terminated their relationship with Gulbenkian and Ticolat is still unsure whether he will get his money back.
Gulbenkian evaded the law for years. In 2018, she signed a stipulation of settlement admitting that she owed Ticolat the money that she had stolen. Instead of paying back this debt to him, she defaulted and failed to show up for her hearing. In April 2019, a British court put out a warrant, but it was not until June 2020 that she was arrested and extradited to London, where she faces two other charges.
A London-based dealer is pressing charges after finding out that an Andy Warhol print of Queen Elizabeth II, for which he had paid $160,000, was in fact not Gulbenkian’s to sell. She is also accused of stealing almost $70,000 from massage therapist Jacqui Ball, who had asked Gulbenkian to invest it on her behalf. Gulbenkian allegedly kept the money for her own use.