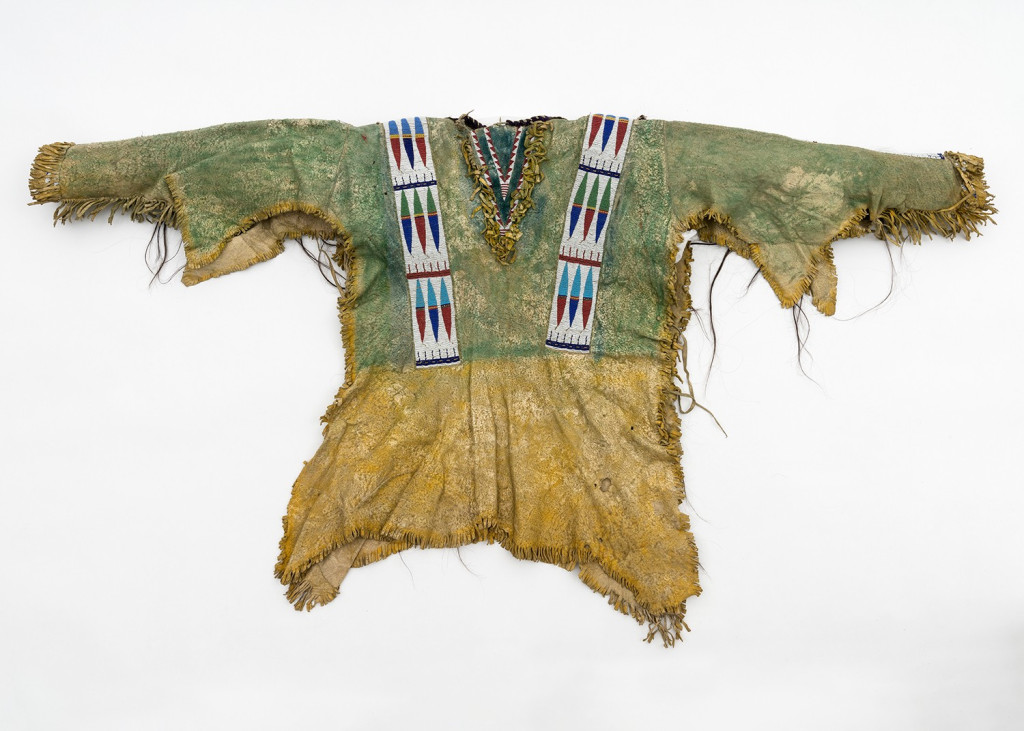 In 2019, when he requested the shirt’s return, Chief Duane Hollow Horn Bear said in a video documenting the repatriation process, “It’s been a hard journey just to come here today. I’m humbled not just to see [his shirt] in a picture, but to hold it in my hand, like I’m holding his hand. . . . Grandpa come home. We need you.”
In a statement, the Weltkulturen Museum said, “The Chief’s shirt is a culturally specific, identity-forming object of religious significance to the Teton Lakota Indigenous community. It bears special patterns of brightly colored glass beads and human hair, which are undoubtedly attributable to the Hollow Horn Bear family and prove personal possession prior to 1906. . . . For Chief Duane Hollow Horn Bear and his family, the return of the shirt is like the return of the great-grandfather himself.”
The Weltkulturen Museum came into possession of the shirt in 1908 through an exchange with the American Museum of Natural History in New York. For the past 30 years, the shirt had been on permanent loan and display to the German Leather Museum in nearby town of Offenbach.
The AMNH had received the shirt only two years earlier as part of a larger donation by James Graham Phelps Stokes, a New York millionaire and philanthropist whose family’s wealth came from the Phelps-Dodge Company. In its release announcing the shirt’s repatriation, the Weltkulturen Museum said, “The circumstances under which the shirt previously came into the possession of J.G. Phelps could not be reconstructed.”

In a statement, Ina Hartwig, deputy mayor in charge of Culture and Science for the City of Frankfurt am Main, said “Provenance research is one of the great challenges facing museums in the 21st century. The Frankfurt museum landscape has been taking this challenge very seriously for years and is subjecting its collections to a systematic revision. Even if it represents a loss for the collection and the object was legally acquired by the Weltkulturen Museum: I see the return of the leather shirt to Chief Duane Hollow Horn Bear as an obligation that outweighs the formal legal situation.”