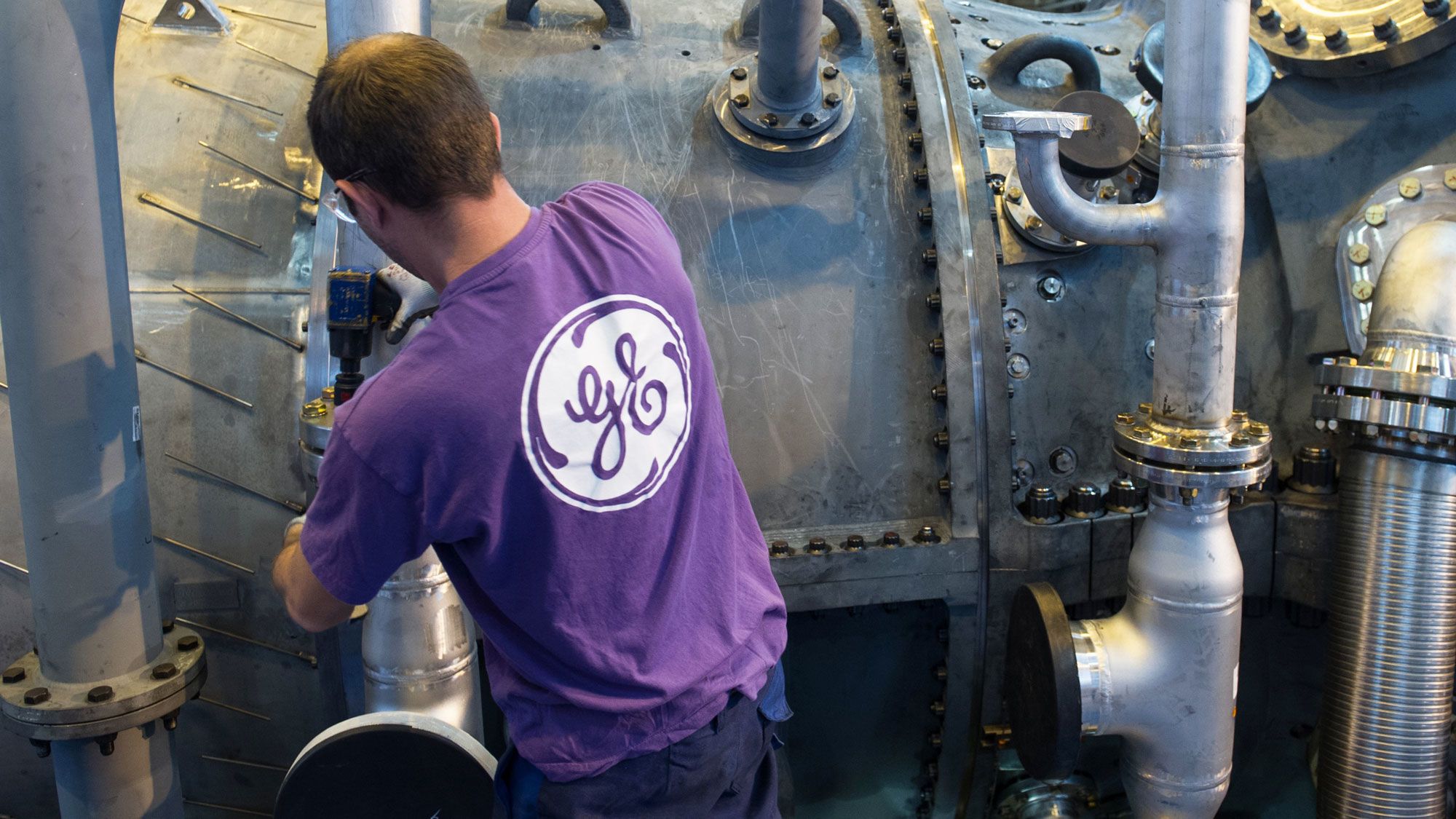 An employee of General Electric works on a gas turbine at the GE plant in Belfort, France.

CEO Larry Culp tempered investor expectations for this year in previous comments, as he seeks to turn GE around. The company’s struggling power business “is in a serious turnaround mode,” Culp said in March, and GE expects the market for gas-powered turbines will remain stagnant through 2020.

Despite Culp’s warnings, GE shares are up nearly 45% this year — on pace for its best year since 1999.

Why Apple doesn’t want users to replace their own batteries

Starbucks adds executives from Domino’s, Nike and Apple to its board