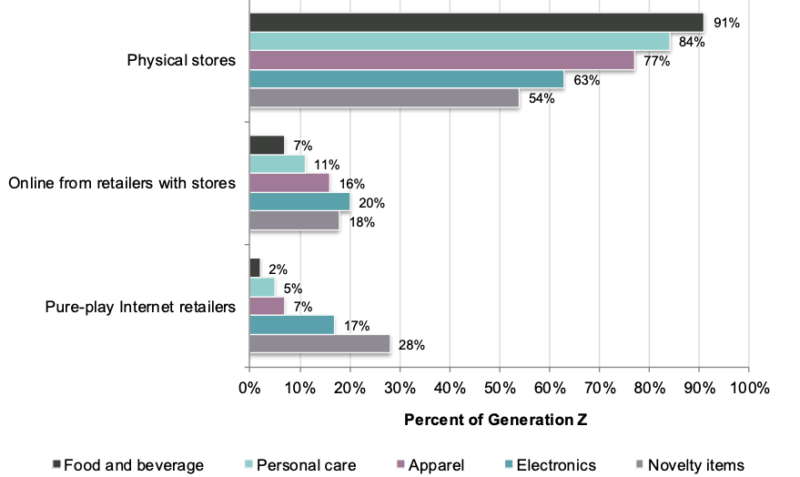 Thousands of traditional retail stores have closed since 2010, with many more closings anticipated in 2019. These often-cited statistics support the notion that we’re in the midst of a “retail apocalypse.” And like some prehistoric species, the narrative goes, traditional retailers are becoming extinct as younger users abandon stores for Amazon and DTC brands.

That story has gone hand in hand with discussions of Millennial shopping tastes and behaviors, which favor digital over the real-world. But the subsequent generation (Gen Z, age 13 – 19) is quite different than its predecessor in multiple ways. One of the major differences is a preference for in-store shopping over e-commerce. Multiple studies confirm this.

A 2018 survey of 2,000 U.S. consumers from Morning Consult asked, “Do you do most of your shopping for clothes at in-store locations or online?” Among those under 30, which includes some Millennials, 71% said they mostly shopped in stores, while 28% said online and 2% cited other.

Retail Formats for Making Most Purchases by Product Category

Another 2018 survey from the International Council of Shopping Centers (ICSC), found 76% of Gen Z shoppers believe physical stores provide a better shopping experience. This is a fairly significant shift from the attitudes and preferences of Millennials. However, this is not to say that Gen Z doesn’t shop online or use technology as part of the purchase process.

For example, the ICSC study also found that:

Mall Visitors by Generation Between February and April 2018 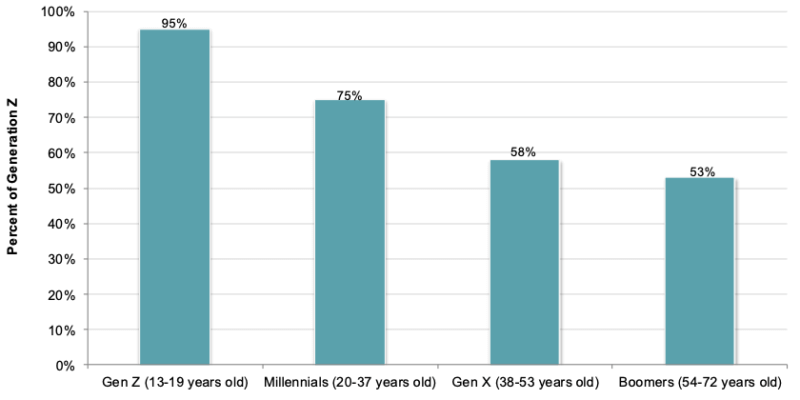 Why you should care. There are many more differences between Millennials and Gen Z shoppers than those cited above. However, it’s critical for marketers and retailers to recognize the nuanced relationship that Gen Z has with technology and omni-channel shopping. They value stores but use social media and digital tools to make purchase decisions — that mostly happen in stores. If they don’t actually happen in stores, stores are an important consideration in the buying process (i.e., for easy returns).

Ads that showcase products and where those products are on sale locally are going to be especially influential to this population. DTC brands and e-commerce sellers also need to recognize the importance of physical storefronts (and many do) in attracting this next generation of shoppers.

Making the leap to multi-touch attribution: How to get buy-in from sales, tech, leadership