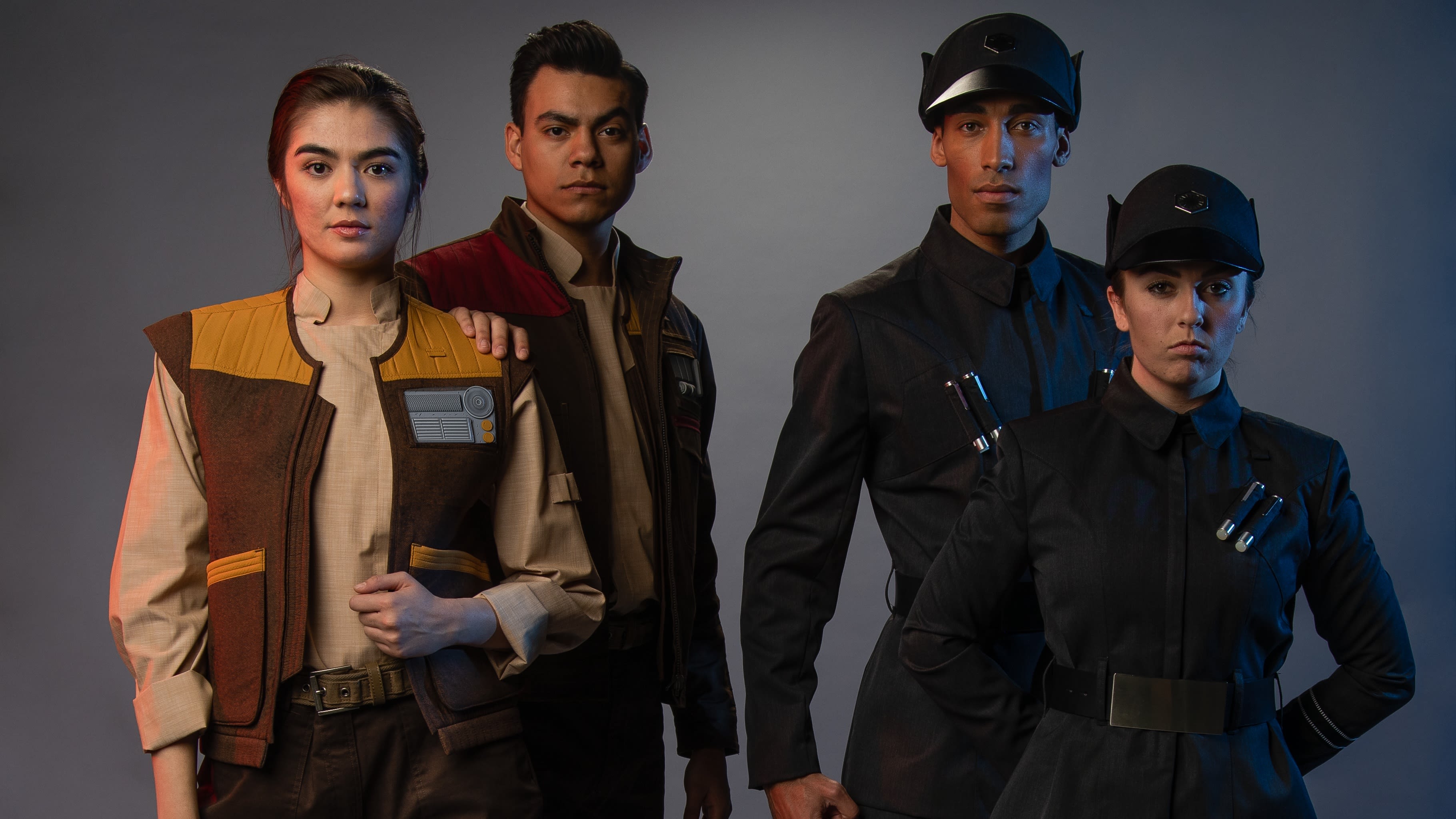 Star Wars: Galaxy’s Edge doesn’t just want to look like a movie set. It wants guests to feel like they just stepped off a transport ship onto a planet thousands of galaxies away.

Disney’s newest theme park extension opens in Anaheim, California Friday and fans aren’t the only ones getting into the spirit of “Star Wars.”

To ensure a truly immersive experience on the planet Batuu, Disney has enlisted its finest cast members — some 1,400 employees — to imbue the thriving port with life.

Those tasked with manning the merchant stalls, secret workshops and cantinas have been encouraged to develop their own unique identities, including mannerisms, intricate backstories and their appearance.

“‘Star Wars’ is an immensely popular property and giving people who visit our parks, who have thought about visiting our parks, a chance to immerse themselves in ‘Star Wars’ on a grand scale in a much deeper way is a big deal,” CEO Bob Iger said on Wednesday during an interview with on CNBC’s Julia Boorstin on “Closing Bell.”

Walt Disney Imagineering spent three years developing the costumes for its cast — and uniforms aren’t one size fits all. The team designed the wardrobe to be modular, allowing cast members to pick and choose from a variety of different clothing, including tunics, wraps and vests, to create their own signature look.

“Our cast are going to bring Star Wars: Galaxy’s Edge to life in new ways,” Cory Rouse, creative director at Walt Disney Imagineering, said in a statement. “When they step into the land each day, ready to be among our guests, they are going to feel like they are actually from the planet Batuu. They live there; they work on Batuu. And as inhabitants of Batuu, they get to really showcase their personalities, whether it’s being sympathetic to the First Order or yearning to find their way to the Resistance.”

Cast members are also allowed to augment their base costume with necklaces, scarves and hats to make their character truly one of a kind. Each cast member will also have a special nametag with their name translated into Aurebesh, the written language in “Star Wars.”

Imagineers visited George Lucas’ private archives and traveled to Morocco and Turkey for inspiration when designing Batuu. The goal was to create a space that was grounded in some reality, but with touches of otherworldly charm.

“I think grown men are going to cry,” Margaret Kerrison, managing story editor at Walt Disney Imagineering, said in a statement. “I think people are going to fall to their knees and start kissing the ground. All these things sound like an exaggeration, but I feel like it’s going to happen.”

Twilio plans to raise up to $862.5 million after 760% stock surge
Lexus has much riding on the launch of the 2020 RX crossover
To Top
error: Content is protected !!