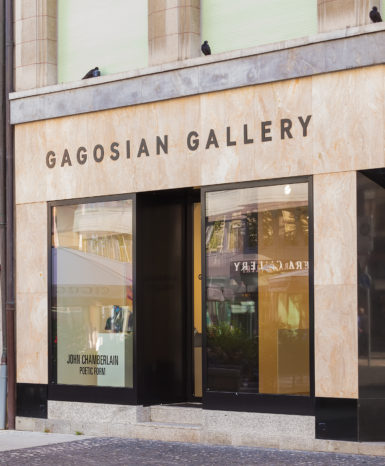 Big news out of Gagosian on Tuesday evening: the 16-gallery empire is moving into the art-advisory business, starting Gagosian Art Advisory LLC with Laura Paulson, the former Christie’s powerhouse, at its helm. She is planning to hire five or six people and to work out of Gagosian’s Madison Avenue headquarters in New York with “a separate office entrance, email domain, and database,” according to a Kelly Crow scoop in the Wall Street Journal.

Paulson, who left her role at Christie’s as global chairman of 20th century art in 2017, is the wife of dealer Andrew Fabricant, who himself came aboard Gagosian last summer, in a move that saw him rejoining an outfit for which he worked for 15 years beginning in 1983. Fabricant is now getting a new job too, taking on the title of chief operating officer. And there’s more, according to Crow: Larry Gagosian has formed a 24-member advisory board of top salespeople.

Gagosian’s hire of Paulson and his move into the advisory game (a business that Sotheby’s has also sought to cultivate through its acquisition of Art Agency, Partners in 2016) is the latest sign of the increasingly ferocious competition between leading dealers and auctions houses for top talent and material.

The restructuring might seem like part of a succession plan, with Fabricant potentially “in line to succeed the gallery’s 73-year-old founder,” Crow writes. However, the gallery denied such a motivation, saying that Gagosian himself will continue to be “as engaged as ever.”