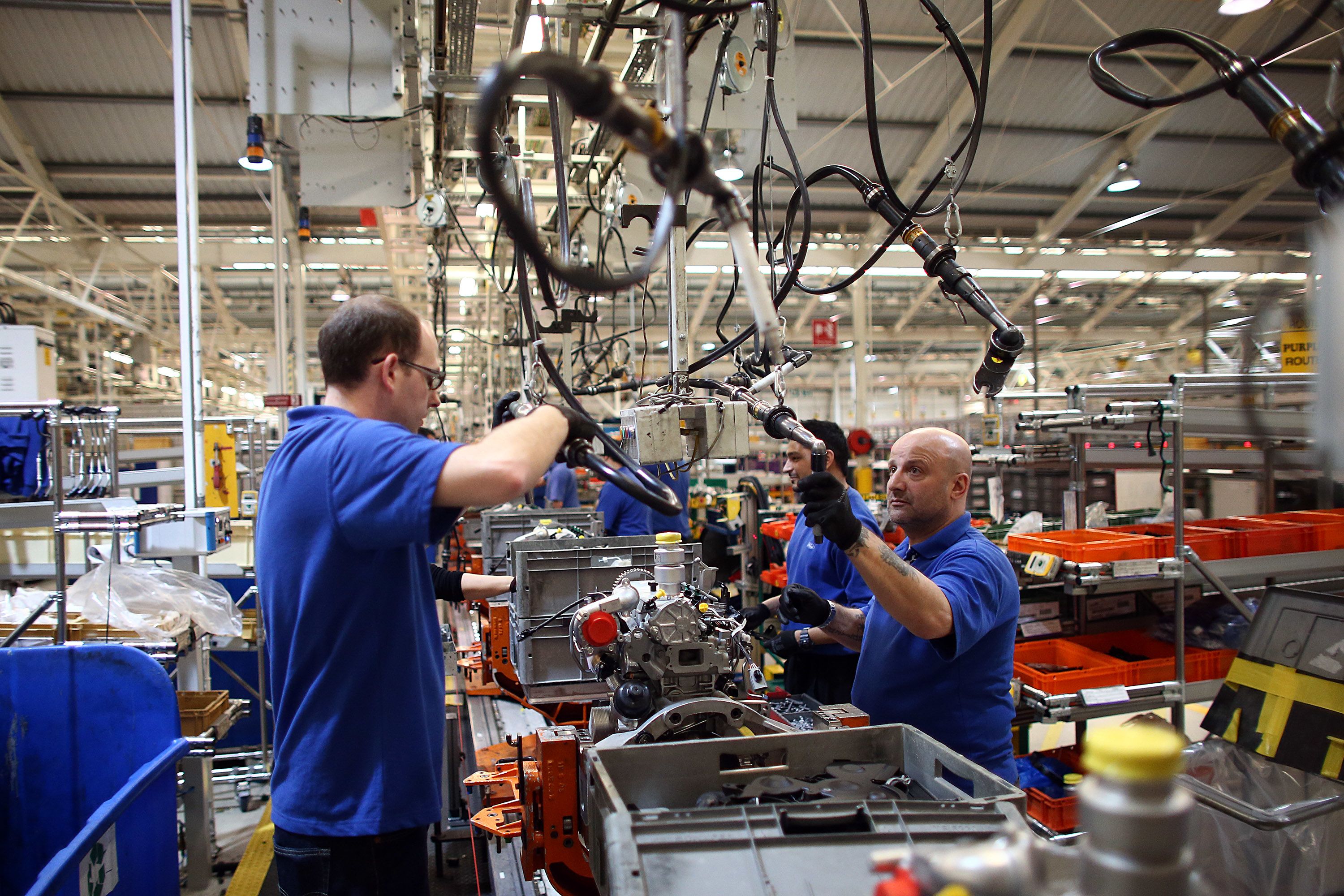 An employee works on an engine production line at a Ford factory on January 13, 2015

Ford is cutting 12,000 jobs at its operations across Europe by the end of 2020, the automaker said Thursday, continuing a broad, global restructuring program that already has cost about 2,300 jobs in the U.S.

The latest move comes as Ford prepares to close or sell off six of its 24 European plants, including an engine plant in Wales, a transmission factory in France and three facilities in Russia. It also plans to cut production and drop shifts at assembly plants in Germany and Spain.

Its stock rose more than 2% in morning trading.

The company’s global workforce of 199,000 employees as of Dec. 31, 53,000 of them in Europe, will be notably smaller next year. The European cutbacks were widely expected and follow on other layoffs announced earlier this year. They come as the Detroit-based automaker struggles to reverse years of losses in the U.S. Since Jim Hackett was named CEO two years ago, Ford has launched a number of worldwide cost-savings measures, but company officials say the cuts announced Thursday also reflect a planned shift from conventional, gas and diesel-powered vehicles to electric and other battery-powered cars.

“Ford will be a more targeted business in Europe, consistent with the company’s global redesign, generating higher returns through our focus on customer needs and a lean structure,” Stuart Rowley, president of Ford of Europe, said in a statement. “Implementing our new strategy quickly enables us to invest and grow our leading commercial vehicle business and provide customers with more electrified vehicles, SUVs, exciting performance derivatives and iconic imported models.”

While a large share of the new European job cuts will target hourly employees, Ford last month said it was eliminating 7,000 white-collar jobs, including 2,300 in the United States. At that time, CEO Hackett hinted there would likely be more to follow, noting, “We still have a lot of work to do in the coming months.”

That includes more than just job cuts, however. Since being named CEO following a management shake-up in May 2017, Hackett has ordered a number of major changes, among other things dropping all U.S. passenger car models — but for the Mustang. The shift to sport and crossover-utility vehicles has extended to other markets, including Europe and China, though not to quite the same degree.

Ford has been trying to right-size operations around the world, especially in weak markets like Europe and Latin America, Joe Hinrichs, the president of the company’s automotive operations, told CNBC earlier this year.

But it is not going as far as its Detroit rival, General Motors, which shut down operations in Russia, India and several other markets, while selling off its European Opel subsidiary to France’s PSA Group.

Investors seem to like Hackett’s changes so far. While the company’s stock is still down 11% over the last 12 months, its gained almost 33% since Jan. 1.

According to Ford’s statement, it will reorganize European operations into three “customer-focused” groups that will focus on passenger vehicles, imports — such as the American-made Mustang — and commercial vehicles. The latter unit will play a central role in the new joint venture Ford announced with German automaker Volkswagen in January.

Ford also is negotiating other possible alliances on autonomous and electric vehicles with VW that could be announced in a matter of weeks, according to several company executives.

Ford was an early entrant into the battery-car field but has since fallen behind competitors like Tesla, GM and VW, the latter company planning to unleash as many as 50 all-electric models by the middle of the coming decade.

Automakers face increasing pressure from regulators around the world to shift to battery-based vehicles, and Ford plans to unveil its first long-range all-electric model, a crossover influenced by the Mustang, later this year.

“Our future is rooted in electrification,” said Ford’s Rowley. “We are electrifying across our portfolio, providing all of our customers with more accessible vehicle options that are fun to drive, have improved fuel economy and are better for our environment.”

Ford is just one of a number of automakers who have announced major cutbacks in recent months. GM announced in November plans to close three assembly plants and two parts factories in North America, eliminating 14,000 jobs. In March, VW said it would cut 7,000 jobs on top of previously announced reductions.

The moves come at a critical time for the industry, according to a new study by the Detroit-based consultancy, AlixPartners. Sales in the U.S. and China are in a slump and European demand is stagnant, at best, it noted.

At the same time, manufacturers are being forced to invest heavily in the development of autonomous and electrified vehicles. They face a “profit desert,” warned Mark Wakefield, head of the firm’s automotive practice, and must take steps to cut costs.

Tesla facing ‘code red’ but management not focused on Model 3

Myia and other smart device makers are tracking chronic illnesses