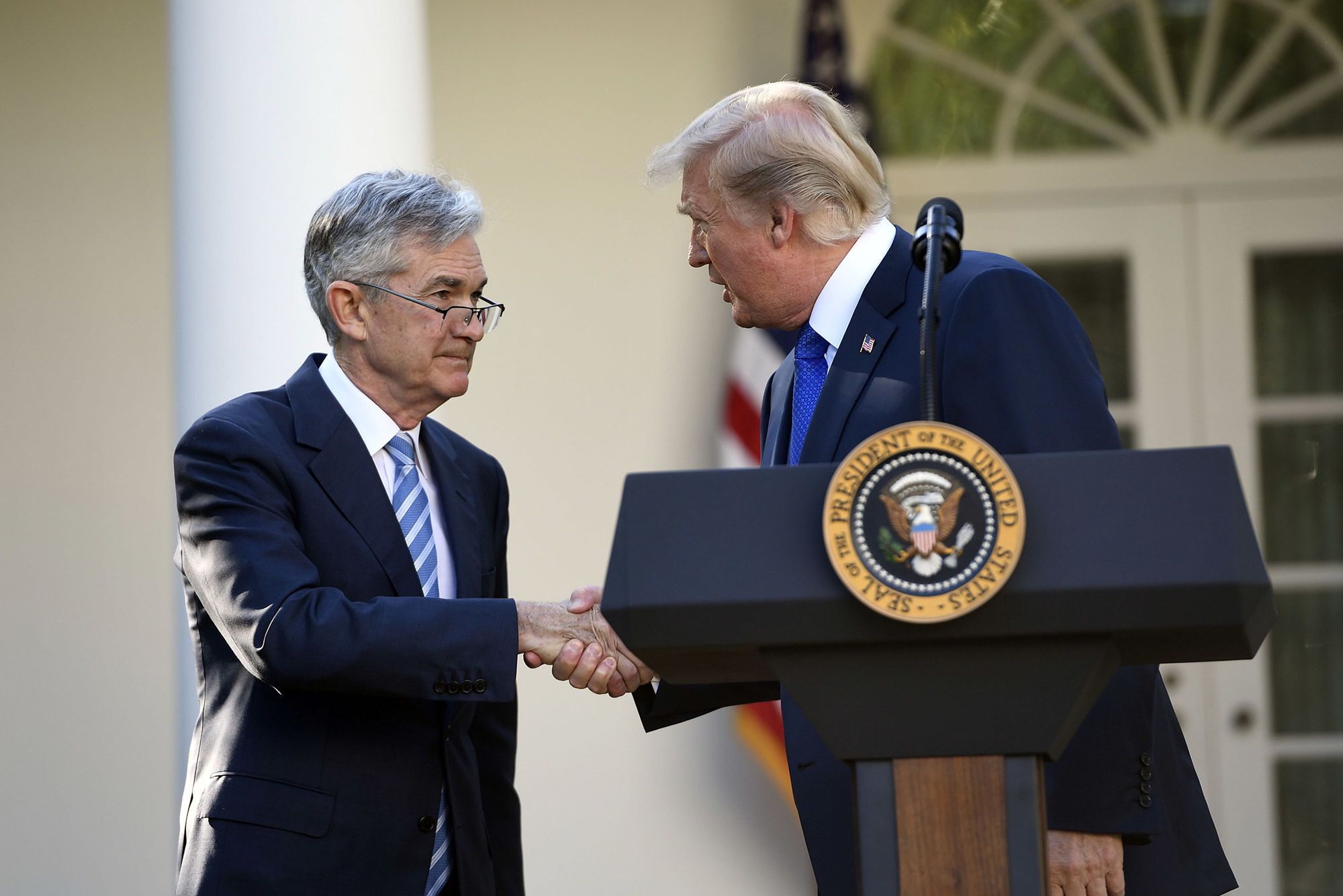 President Donald Trump shakes hands as he announces his nominee for Chairman of the Federal Reserve, Jerome Powell, in the Rose Garden of the White House in Washington, DC, November 2, 2017.

President Donald Trump and Federal Reserve Chair Jerome Powell have talked on the phone a handful of times in 2019, according to the central bank’s website.

The Fed chairman’s public calendar showed the pair spoke for five minutes on May 20, amid Trump’s heightened criticism of the central bank’s interest rate and monetary policy. The call represents the fourth publicly disclosed conversation between the two this year, with May’s telephone call following similar conversations in April and March as well as a dinner meeting in February.

CNBC was unable to immediately determine the content of those conversations.

The meeting and conversations came as the president attacked both Powell and the Fed as an institution for what he views as restrictive interest rates, which he argues undermines U.S. trade deliberations and dampen GDP growth. The administration’s frustration at rising interest rates had grown so severe that the White House had reportedly explored the possibility of “legally demoting” the Fed chief.

Briefly addressing those criticisms, Powell said at the Fed’s most recent news conference in mid-June that he doesn’t plan on leaving the central bank anytime soon.

“I think the law is clear that I have a four-year term, and I fully intend to serve it,” Powell said at a news conference in Washington.

Asked later at the event when it might be appropriate to publicly address Trump’s criticism, Powell said he doesn’t “discuss elected officials publicly or privately.” The Wall Street Journal first reported on the May telephone conversation between Powell and Trump.