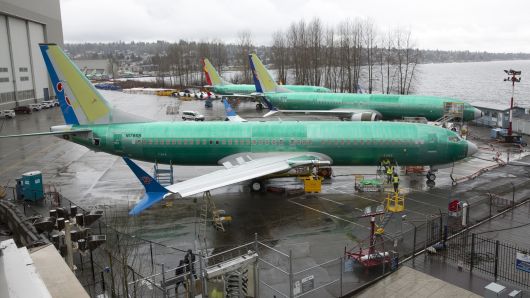 A Boeing 737 MAX 8 for China Southern Airlines (front) is pictured at the Boeing Renton Factory in Renton, Washington on March 12, 2019.

The draft report from the FAA’s Flight Standardization Board recommends that pilots take additional computer-based training for the MCAS automated flight system.

The company’s shares jumped by about 2% on the news.

Boeing said it’s completed 96 flights totaling over 159 hours of air time with its software fix for the Max jet. The company is also updating airlines by bringing representatives into flight simulators and showing them the modified flight control system.

This is a breaking news story. Check back for updates.