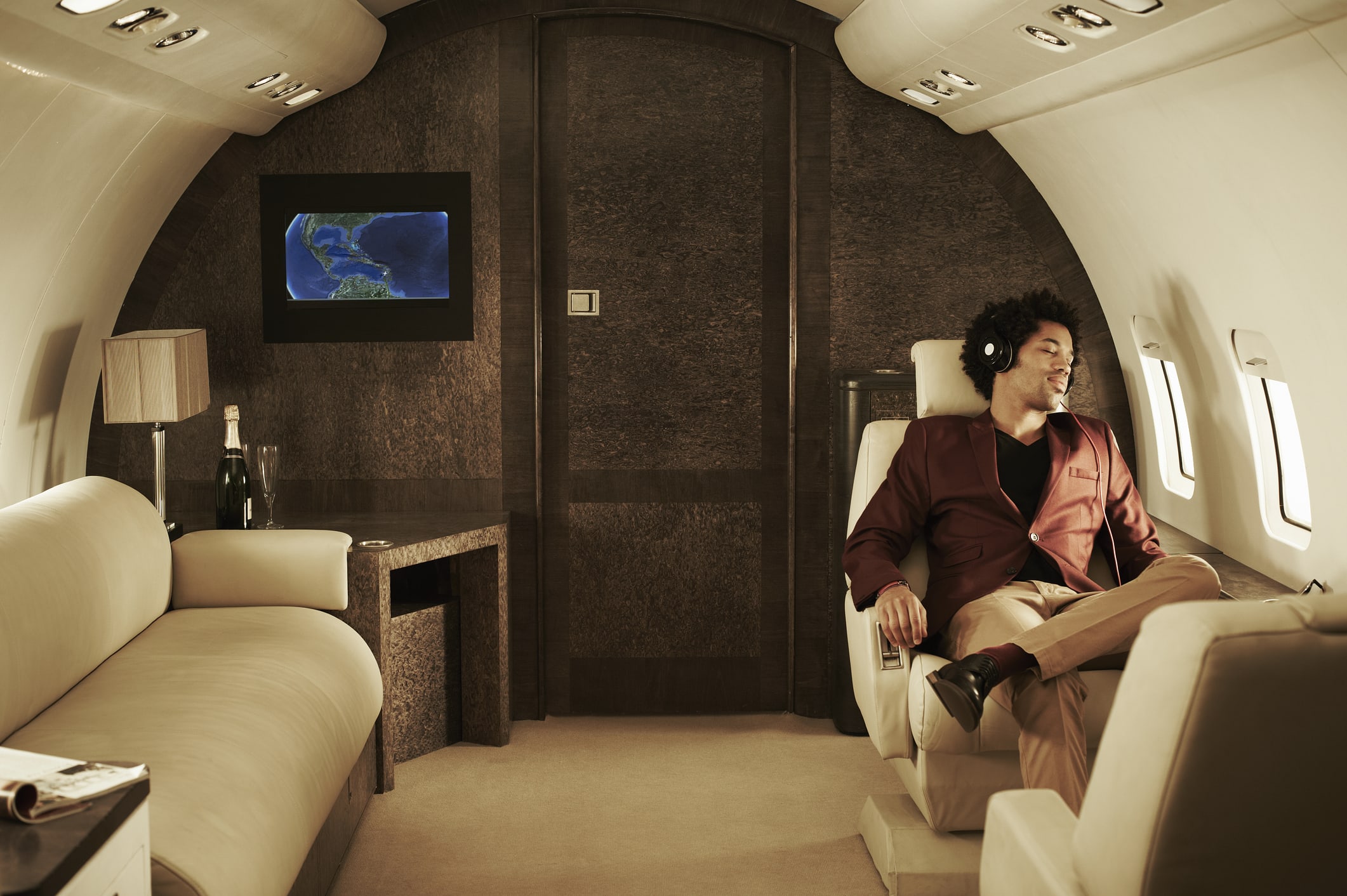 An increasing number of countries around the world are welcoming back international travelers for the summer, after a period of lockdown due to the coronavirus.However, with vaccines and treatments for the virus still in development, traveling safely is important.If paying up for your own private plane has crossed your mind as the dream solution, you’re not alone.PrivateFly, a private jet charter broker, saw an 85% rise in inquiries in the first two weeks of June compared with the same period last year. Meanwhile, Air Partner, a global aviation services group, saw more than a 210% increase in flight bookings in May, versus the same month last year.People are seeking charter flights for new types of experiences than in years’ past.Colin Anderson Productions pty ltd”This summer, we’re seeing many clients opting for nature-filled, wellness-oriented experiences,” said David McCown, president for Air Partner U.S. “They’re seeking out under-the-radar destinations that can provide safe alternatives to the usual major tourist destinations.”So what do you need to know as a first-time private jet-setter? CNBC’s Global Traveler spoke to brokers to find out the basics.How much does it cost?Similar to the cost of a normal plane ticket, prices vary depending on the duration of the flight. The length of stay and type of plane also factor into how much you pay.Edward Reid, co-founder of Villiers Jets, said most aircraft cost between $5,000 and $10,000 an hour. Similarly, Andy Twidell, CEO of PrivateFly, said a one-to-two hour flight on a small jet could cost around $5,000, while a long-haul flight, such as New York to London, on a larger aircraft could set you back upwards of $130,000.Andy Christie, Air Charter Service’s global director of private jets, said charters could start at £5,000 ($6,272) but cost as much as £1 million ($1.27 million).An airplane in VistaJet’s fleet.Courtesy of VistaJetFor those looking to become frequent flyers on private planes in the wake of the pandemic, some air carriers offer subscription or loyalty plans. VistaJet has launched a short-term leasing program, for example, where travelers can hire a plane for one to three months for a fixed monthly cost, including up to 50 hours usage a month with additional hours at a reduced rate.Fuel, crew and handling fees are usually included, said Reid. Additional costs typically include “technical considerations like de-icing and overnight hangarage,” which is the storage of the plane.He said private charters would also usually include basic catering, but specific food requests could cost more.What type of plane should I charter?The type of plane you charter depends on the number of people traveling together, budget, luggage requirements and the route, said Twidell.”Ultra long-range jets and private airliners such as the Gulfstream G650, Global Express or Boeing Business Jet are suitable for long-haul flights, and for larger groups or VVIP travel,” he said. “They seat up to 18 or more passengers and come with flat bed options for sleeping, larger bathrooms and multi-zone cabin configurations — giving passengers the feel of a luxury hotel suite in the sky.”Christie said that two of the most common mid-sized jets are the Hawker 900XP and the Citation XLS. They can accommodate eight passengers, have between four and five hours’ range and will fit around eight pieces of luggage.However, he added that people could fly solo if they want.How far in advance do I need to book?Like most aspects of vacation planning, the earlier you book the better, but for those in need of a speedy getaway, Twidell said PrivateFly has a booking and take-off record of 16 minutes.He said that nearly half of PrivateFly’s clients book no more than a week in advance of their departure.Reid said Villiers Jets allows booking in as little as two to three hours in advance of departure.Meanwhile, VistaJet’s Chief Commercial Officer Ian Moore recommended giving 24 hours’ notice for a flight.How do I get to my private plane?Many airports operate private terminals, or allow private charter brokers to work as “fixed-based operators,” to handle private traffic.”These are quiet, efficient and well-equipped to facilitate a quick transition from arrival at the airport to departing on the aircraft,” said Reid. “The great benefit of private charters is that it opens up a range of local and regional airports to our clients, often much closer and convenient for their end destination.”Can I change my mind on the destination or extend my trip?There is flexibility to change where you travel and to extend your trip, but the more notice given the better, said Reid. This allows for revised flight plans and permissions to be granted at the new destination. He said there is usually an additional cost, in the case of Villiers Jets, to account for additional flight time or higher landing fees at the new destination airport.Charter flights provide the flexibility to fly into regional and local airports.rubberballTwidell also said changes to a trip’s schedule can almost always be accommodated up to and including the day of the flight. He said there may be an extra charge if the crew needs to stay overnight, for example, but this depends on the extent of the changes.Are pets allowed on the plane?Pets are generally allowed on board private planes, according to the aircraft providers that CNBC spoke to.Christie highlighted that this can be subject to pet passport requirements and other animal international travel restrictions.VistaPet caters to clients flying with pets.Courtesy of VistaJetAir Partner flights require pets to be placed in an “approved kennel” and for travelers to notify the account manager organizing their trips ahead of time.Twidell said that a PrivateFly plane did one journey from London to Alicante, Spain with 10 pets — two dogs, two cats and six birds — as well as their two owners.Moore said that one in four VistaJet members regularly travels with pets, so it created a service called VistaPet, offering perks such as care kits, sleep mats, menus and even fear of flying courses for four-legged friends.Do I need specific insurance?Carriers have operator insurance, but Christie also recommended having standard travel insurance as you would for any vacation.