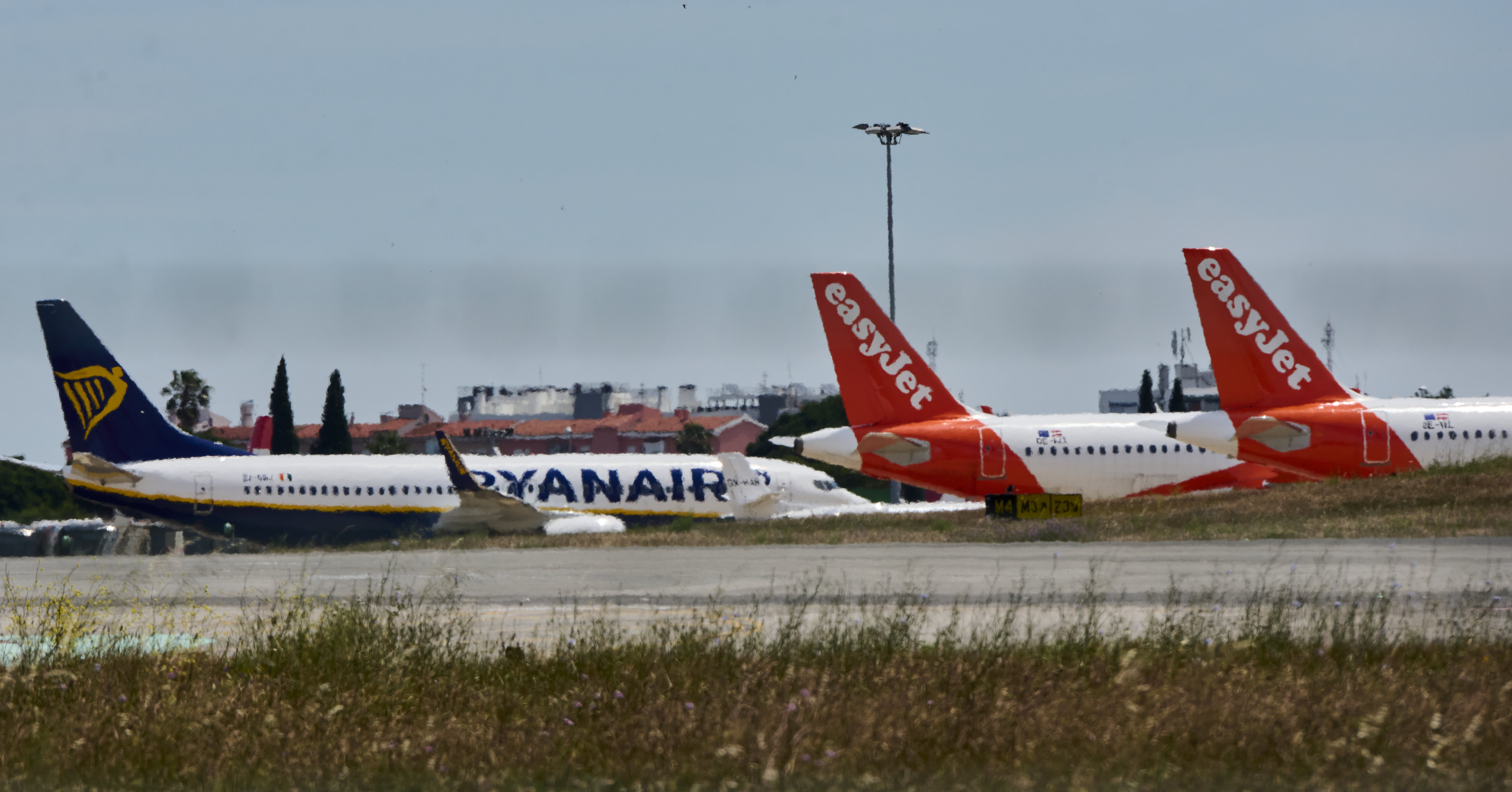 Ryanair and EasyJet airplanes.Horacio Villalobos | Getty Images News | Getty ImagesLONDON — European low-cost airlines have clear advantages over larger flag carriers in a post-pandemic world, analysts have told CNBC, despite the massive support packages deployed from governments around the world.It’s been a bruising time for airlines as the coronavirus pandemic brought travel to a halt. But now, low-cost carriers seem to be showing signs of recovery compared with national carriers, which can often be subsidized or given preferential treatment.”You are seeing legacy carriers unable to move so quickly compared with the lost-cost carriers out of the pandemic,” Paul Charles, chief executive officer of the luxury travel consultancy firm The PC Agency, told CNBC’s “Squawk Box Europe” Monday.The International Air Transport Association said earlier this month that both international and domestic flights surged in July compared to June, but demand was still “far below pre-pandemic levels.” In Europe alone, passenger traffic was still down 56.5% from July 2019.However, easyJet, a British low-cost carrier, said it expects to fly up to 60% of its 2019 levels in the three months between July and September. In comparison, IAG — the owner of British Airways said it only expects to fly around 45% of its 2019 capacity over the same period.Lufthansa, another flag carrier, predicts it will fly around 40% of its 2019 levels in the whole of 2021. Budget airline Ryanair, meanwhile, said its fiscal full-year traffic to March could reach between 90 and 100 million passengers — which would represent between 60% and 67% of the 148.6 million passengers it flew in the full year to March 2020.Laura Hoy, equity analyst at Hargreaves Lansdown, said that low-cost airlines benefit from being focused on short-haul flights. These are proving to be more attractive to consumers given ongoing travel restrictions and uncertainty over the pandemic. In addition, Hoy added that amid economic uncertainty and potential for further disruption going forward, consumers are not keen to spend much on flights, which also benefits the business model of low-cost airlines.Ryanair shares are up 1.8% year-to-date. Wizz Air shares, another low-cost firm, are up by 7.5% over the same period, while easyJet’s are down 9%. Wizz Air had approached easyJet over a potential merger, but the latter declined the offer last week.On the other hand, IAG is down 2.6% year-to-date and Lufthansa shares are also lower by 19.7% over that period.The outlook”You are going to see the likes of easyJet able to take up more opportunities. That means potentially getting more slots, but also moving their fleet around more quickly in order to take advantage of where demand is,” Charles from The PC Agency also said.This is despite the massive injections of cash that different governments made in the wake of the pandemic to flag carriers, namely the 9 billion euros ($10.6 billion) that the German government gave to Lufthansa. British Airways also received a £2 billion loan from the U.K. government in December.”The aid got them through a bad time,” Hoy said, but it didn’t support their growth. The financial help came with a lot of conditions attached, including restrictions to dividend payouts, she added.In addition, there are question marks about how far governments will be willing to go to keep their flag carriers afloat. They have supported the sector, but some are facing legal action over it and they are, in general, strapped for cash after the efforts to contain the economic shock from the virus.”There is going to be a change of tune,” Charles said, as “governments are looking to offload where they can, they can’t afford to keep some of these stakes, they would rather cash them in and see private sector buyers inject more innovation into the sector.””I think you will see some loosening over time, especially in Europe, of some of these restrictions on who can own carriers, so now is the time that actually you will see more private equity starting to emerge into the sector. And this is on the back, of course, of many short-haul carriers able to take their market share from those legacy carriers,” he added.

People are booking Christmas vacations earlier than ever before
Amazon’s top doctor on why air quality is the biggest workplace health challenge of this century
To Top
error: Content is protected !!