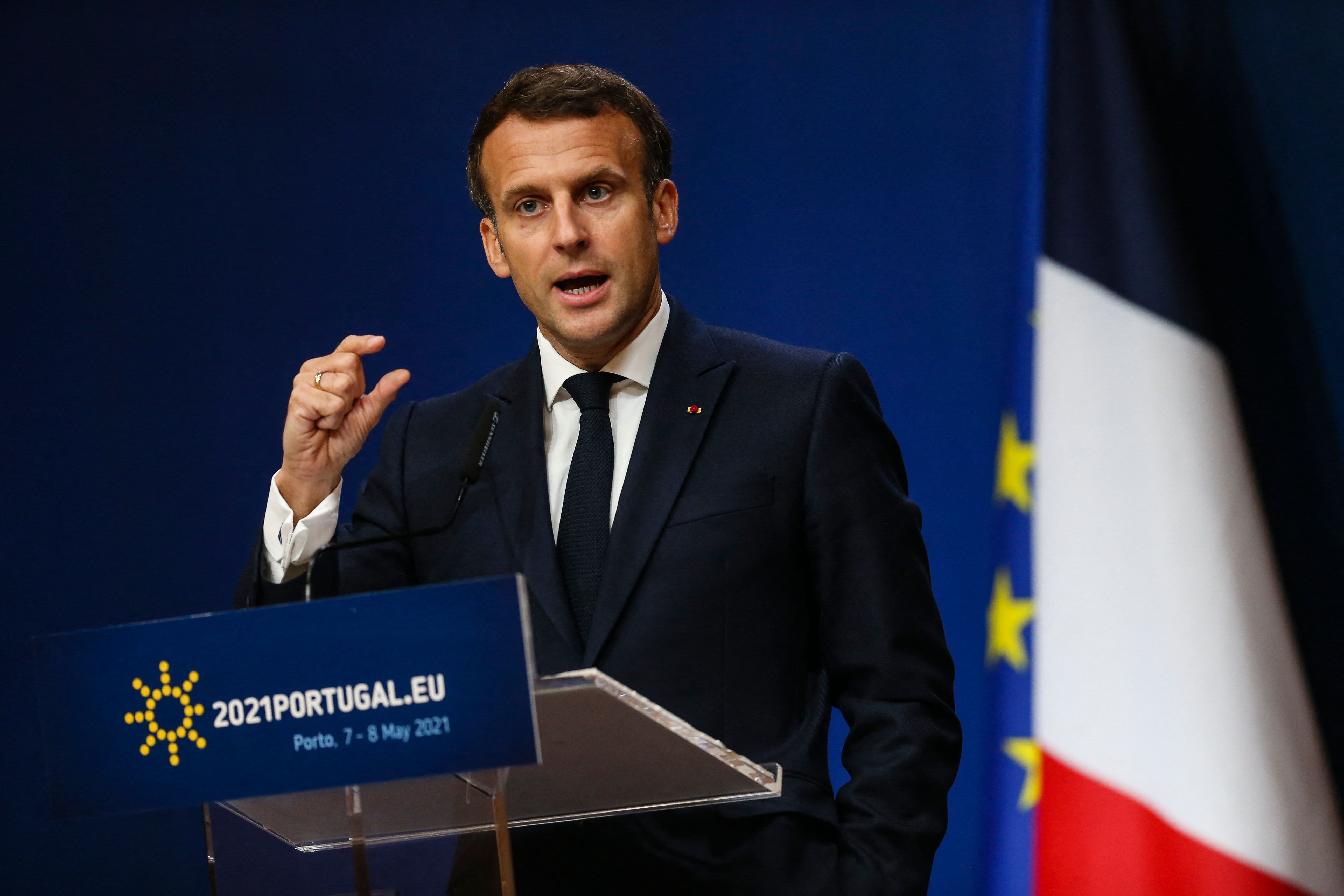 France’s President Emmanuel Macron gives a press conference during the European Social Summit hosted by the Portuguese presidency of the Council of the European Union at the Palacio de Cristal in Porto.JOSE COELHO | AFP | Getty ImagesLONDON — European leaders have doubts that waiving intellectual property rights for Covid-19 vaccines, a proposal recently supported by the United States, is the way to go.Instead, they have criticized the U.S. for not exporting Covid shots.”It is not really a matter of intellectual property rights. You can give the intellectual property to labs that do not know how to produce (the vaccine) and they won’t be able to produce it overnight,” French President Emmanuel Macron told reporters on Friday ahead of a European meeting, according to CNBC translation. In the meantime, German Chancellor Angela Merkel also said: “I made clear here already that I don’t believe that releasing patents is the solution to provide vaccines for more people.”Spanish Prime Minister Pedro Sanchez on Friday welcomed the U.S. decision to back vaccine patent waivers.”It is a good initiative but I don’t think it is enough,” he said in Porto, Portugal, while also advocating for production and distribution to also be scaled up.President Joe Biden surprised his European counterparts last week by announcing the U.S. administration was in favor of lifting IP rights for Covid vaccines, citing the “extraordinary circumstances” of the pandemic.Health experts, human rights groups and international medical charities argue it is critical to waive IP rights to urgently address global vaccine scarcity amid the pandemic and, ultimately, avoid prolonging the health crisis. Vaccine makers, however, say this could disrupt the flow of raw materials, while also leading to lower investments on health research from smaller biotech innovators.Today, 100% of the vaccines produced in the United States of America go to the American market.Emmanuel MacronFrance’s PresidentIndia and South Africa initially submitted a joint proposal to waive IP rights on Covid vaccines at the World Trade Organization in October. The proposal, known as the TRIPS waiver, has been blocked by a handful of high-income nations, such as the U.K., Switzerland, Japan, Norway, Canada, Australia, Brazil, the EU and — until last week — the U.S.France’s Macron insisted that the best way to increase global vaccination rates is for vaccine-producing nations to step up their exports.”Today the Anglo-Saxons are blocking a lot of these ingredients and vaccines. Today 100% of the vaccines produced in the United States of America go to the American market,” he said, while adding that the Europeans “are the most generous” on this front.The U.S. does not have an outright ban on exports of Covid shots, but it is using legislation to ensure that vaccines produced in the country are only sent abroad when it’s established that there are sufficient doses to inoculate the American population.The latest data from the European Commission, the executive arm of the EU, shows that out of the 400 million doses produced in the bloc so far, 200 million have been exported to 90 different nations.European Commission President Ursula von der Leyen also said that exporting vaccines “is the best way right now, in the short term, to approach the bottlenecks and the lack vaccines worldwide.””We should be open to this discussion. We should also, for example, have a close look at the role of licensing. These are important topics to discuss. But we should be aware of the fact that these are topics for the long term,” von der Leyen said during a speech on Saturday.