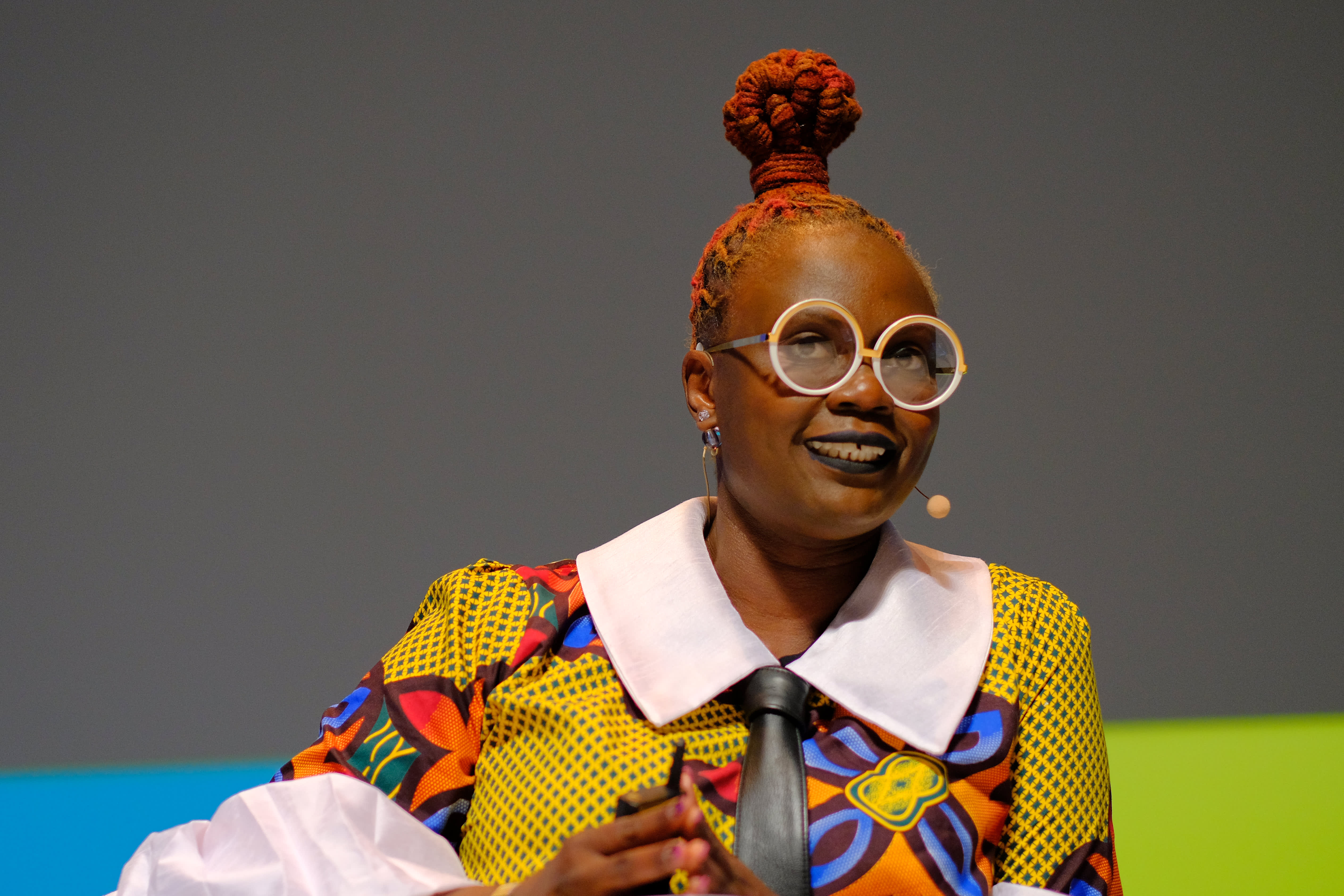 Caroline Wanga on stage at Cannes Lions 2019 in Cannes, France.Richard Bord | Getty Images Entertainment | Getty ImagesProgramming note: The CNBC @Work Summit returns this fall on Tuesday, October 13. Facebook CIO Atish Banerjea, Bank of America COO/CTO Cathy Bessant, WeWork CEO Sandeep Mathrani and Estee Lauder CFO Tracey Davis will talk about building a resilient future and more. Register now.Caroline Wanga has grown tired of companies dangling rewards and giving pats on the back to employees who comply with diversity and inclusion initiatives.In an interview with CNBC’s Sharon Epperson, the CEO of Black media company Essence Communications said employers should see participation as an obligatory part of the job, just as they expect people to show up to work if they want to keep getting paid.”It is vital to your business,” she said at the CNBC @Work Summit on Tuesday. “It’s your endocrine system of your business. And so if your kidney’s failing, you don’t get a piece of cake and a lollipop. You get dialysis.””You don’t get incented for participating in something that’s the lifeblood of the future of your organization,” she added.Wanga, a former Target executive, started at the big-box retail chain as an intern and by the time she left roughly 15 years later, she was its chief culture, diversity and inclusion officer and vice president of human resources.She joined Essence in June and now she’s leading the iconic Black brand. Black entrepreneur Richelieu Dennis, founder of beauty company Sundial Brands, bought Essence from Time Inc. in 2018.At the company, Wanga’s skills were quickly put to the test. She was hired by Essence as its chief growth officer, but she soon ascended to interim chief executive and later CEO as the media company faced anonymous accusations of bullying, sexual harassment and an “abusive work culture” in an essay shared on Medium in June.The company denied the claims. Essence hired two law firms, which independently investigated the allegations and did not find evidence to support them, according to findings shared by the company with The New York Times.In the fall, Wanga commended Dennis for authorizing “a full review of all allegations,” and described the claims as “untruths” meant to diminish an “iconic brand,” in a statement shared with the Times.Companies face pressure to actAt Tuesday’s virtual event, Wanga focused on other challenges companies face, like building brands that resonate with customers across races, backgrounds and life experiences.Companies have faced heightened pressure over the past year to make their boards and C-suites more representative of the country’s diversity, particularly in the wake of protests over George Floyd’s killing and violence targeting Asian Americans.She urged executives to pursue diversity efforts just as aggressively as they chase business rivals, putting top talent and the full weight of their organization behind it — not just putting out empty statements and cutting a check.”When you think about competing with your competitor, who do you put in charge of that?” she asked. “Put them in charge of D&I. Watch your results.”And, she added, savvy customers can tell if diversity efforts are authentic or choreographed. She said that’s why a company’s commitment must be infused into all they do, from the products they sell and suppliers they work with to the messages and images in their advertisements and the people they hire.”At the end of the day, when I spend my money, I should be able to tell that who I spend my money with looks and believes in that,” she said.She said companies must look critically at the makeup of their own workforce, so they stay relevant and thrive as a business. She recalled a conversation with a colleague earlier in her career who worked in apparel and was tasked with creating a merchandise assortment that appealed to women of all sizes.”She said ‘Caroline, I’m responsible for expanding our clothing apparel line to women that are in what are categorized as plus sizes, but my team is too skinny and too white. How am I supposed to deliver that?” she said. “The answer became ‘Change the succession plan.'”By hiring people who better reflect potential customers, Wanga said companies can actually drive sales.”You have to disrupt the succession plans, the hiring plans, the recruiting plans, the advancement plans,” she said. “You have to surround those people with the resources to be successful. You have to stand up for them when people try to take them down. And you have to ensure that the people that you are moving around are also being leveraged for their insight and expertise and are not token. Otherwise, you take steps backwards.”Instead of looking for solutions in a slide deck, she encouraged companies to go out where they will find fresh perspectives and honest answers. For example, she said, talk to entry- and mid-level Black men in a barber shop rather than a board room. “Make the people you’re trying to engage with and recruit feel safer than you feel,” she said. “They will tell you the truth. They will honor your presence. And you will get the information that actually tangibly changes things.”