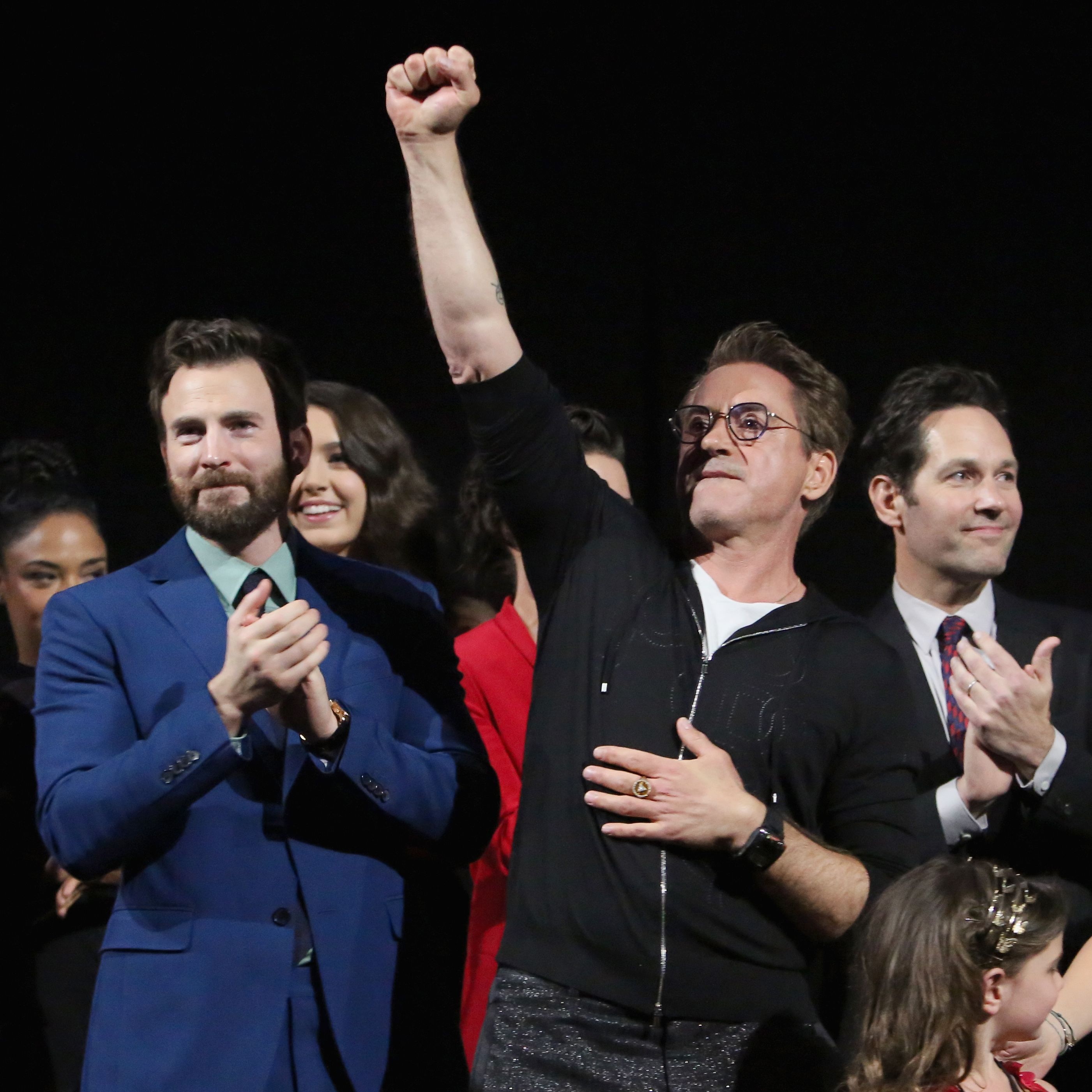 “Avengers: Endgame” has done the impossible.

In just five days, the Marvel film hauled in more than $1.2 billion at the global box office.

This shatters the previous record for the highest weekend total of $641 million set by “Avengers: Infinity War” last year. This has never happened before and marks the fastest a film has ever reached the billion dollar mark.

“Infinity War” was the previous record holder with 11 days.

In the U.S., the Marvel superhero flick took in a record-breaking estimated $350 million during its opening weekend, shattering expectations. The previous domestic record was held by “Avengers: Infinity War,” which opened last year to $257.6 million.

Disney bumped up its estimates for the film’s full weekend Saturday after a record opening day debut, saying it expected the film to gross between $310 million and $340 million in the U.S.

Industry predictions ahead of “Endgame’s” opening had originally pegged the film’s debut between $260 million and $285 million. However, on Saturday, analysts revised their estimates to be even higher than Disney’s, suggesting the film could haul in $360 million or more before Monday.

Internationally, “Endgame” has grossed an estimated $859 million, breaking the highest opening weekend haul of any film released internationally in the history of cinema. “The Fate of the Furious,” the previous record holder, had earned $443 million during its opening weekend in 2017.

“Kevin Feige and the Marvel Studios team have continued to challenge notions of what is possible at the movie theatre both in terms of storytelling and at the box office,” Alan Horn, chairman of The Walt Disney Studios, said in a statement Sunday.

Only days ago, it seemed impossible that “Avengers: Endgame” could haul in even close to $300 million domestically during its opening weekend.

Theater owners have contracts with other studios to show their films during the weekend and “Endgame’s” running time — three hours two minutes — makes it difficult to screen the film more than three times in a 12- hour period.

Additionally, no film has averaged more than $59,900 per theater before, a feat reached by “Star Wars: The Force Awakens” in 2015. The film played in 4,100 locations during its debut and hauled in a total of $247.9 million in its first weekend.

“Infinity War,” which was the previous record holder for highest weekend box office gross in the U.S., showed in around 4,470 theaters when it was released last year and hauled in an average of $57,000 per theater, according to data from Comscore.

The film, the 22nd installment in the Marvel Cinematic Universe, is the long-awaited culmination of more than a decade of storytelling. Ahead of its release this weekend, advanced ticket sales on Fandango had lead to more than 8,000 sold out showings of the film and theater owners were eagerly adding more screenings, some at odd hours, to meet the demand.

In its opening day in North America, “Endgame” took in $156.7 million, including $60 million from Thursday night previews. This was a 32% increase compared to the previous record holder “Star Wars: The Force Awakens,” which opened at $119 million in 2015.

Initially, it was believed that only a few dozen theaters had opted to do round-the-clock showings of the film. However, it has become clear that more theater owners decided to go against the norm and offer screenings at off hours.

“Theaters created a situation for the film to earn the maximum dollars, by literally expanding the supply to meet demand,” Paul Dergarabedian, senior analyst at Comscore, said Saturday.

Showings at AMC and Alamo Drafthouse theaters, including ones at 4 a.m. and 7 a.m., have sold out or been very close to selling out.

“At Marcus Theatres, we went all in on this title adding more show times based on demand prior to Thursday’s opening,” Greg Marcus, CEO of the Marcus Corporation, said. “Presales for the opening broke all records for presales we had for any other title.”

Marcus said that depending on the size of the theater, each of his company’s 90 locations had between 60% and 80% of screens dedicated to showing “Endgame.”

“Though ‘Endgame’ is far from an end for the Marvel Cinematic Universe, these first 22 films constitute a sprawling achievement, and this weekend’s monumental success is a testament to the world they’ve envisioned, the talent involved, and their collective passion, matched by the irrepressible enthusiasm of fans around the world,” Horn said.

Activist investors detail its plan for change at Bed Bath and Beyond
Endgame dominates box office with 90% of all US ticket sales
To Top
error: Content is protected !!