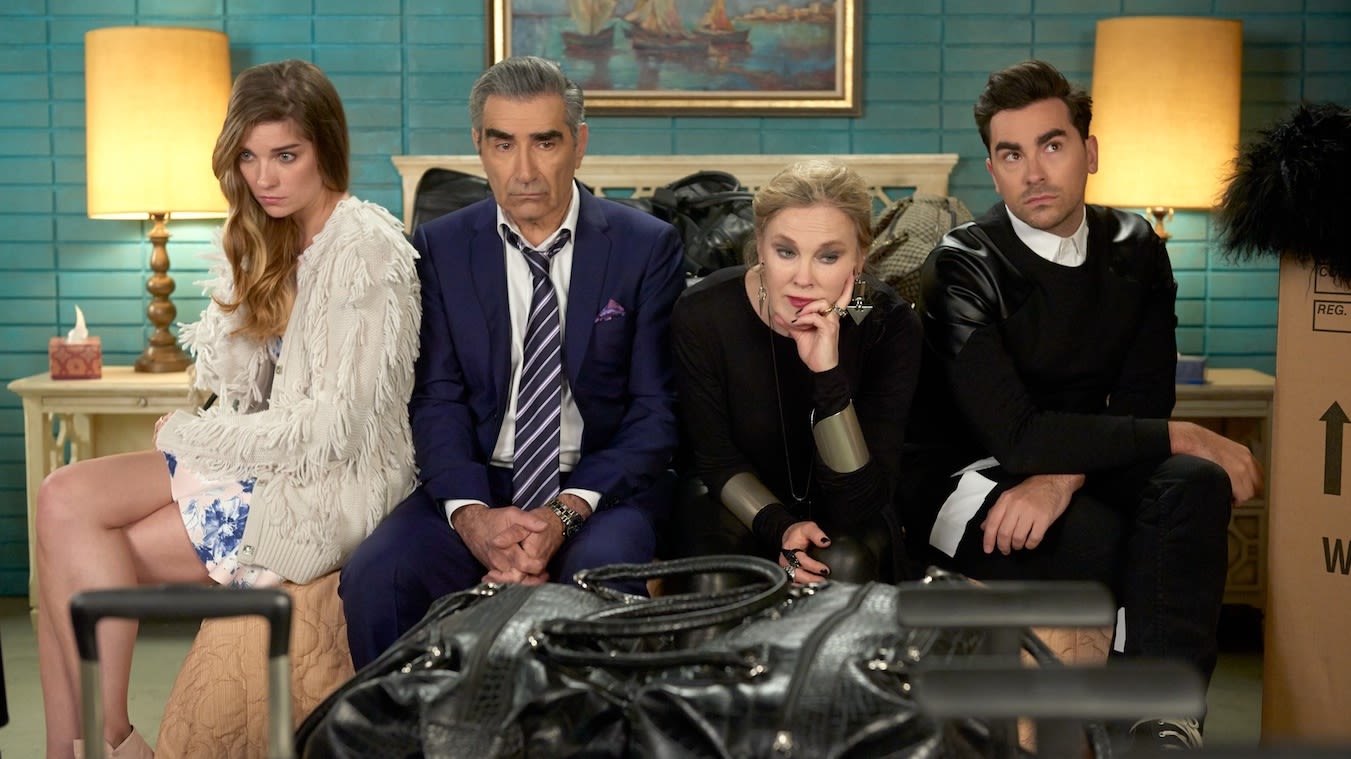 Peter Dinklage poses with the Outstanding Supporting Actor for a Drama Series for ‘Game of Thrones’ during to the 70th Annual Primetime Emmy Awards held at the Microsoft Theater on September 17, 2018.

While “Veep,” “Game of Thrones” and “The Marvelous Mrs. Maisel” will get to bask in the Emmy’s spotlight until the awards ceremony in September, there are quite a few shows and actors that didn’t make Tuesday’s nomination list.

Then, there were the programs no one had expected to show up on the ballot — looking at you “Schitt’s Creek” and “Nailed It!.”

It’s anyone’s guess who will end up hoisting the Emmy two months from now, but here are some of the programs that were the most surprising nominations and the ones that got snubbed.

If you haven’t had a chance to check out the full list of nominees for this year’s Emmys, you can do so here.

“Schitt’s Creek” is the little underdog that could. The show, which is available on Pop TV, has been an under-the-radar cult favorite for its last five seasons — a sixth is in the works — and it’s finally getting attention.

The Canadian comedy show centers around the once-wealthy Rose family who lose their fortune and are forced to move to Schitt’s Creek, a small town that they bought as a joke for their son’s birthday decades ago.

While “Schitt’s Creek” entered the outstanding comedy series category, “Big Bang Theory,” which aired its final episode in May was ousted.

Most notably, Jim Parsons, has won best lead actor in a comedy four times for his role as Sheldon Cooper. As “Big Bang” was in its final season, there was an expectation that it would have been nominated for more acting awards.

Despite mixed reviews for its final six episodes, “Game of Thrones” earned a record 32 Emmy nominations on Tuesday, including best drama series. The record had previously been held by “NYPD Blue,” which had 27 nominations in 1994.

Many had expected “Game of Thrones” to skate by with limited nominations, especially after all the fan criticism of the final season.

Carice van Houten was recognized as a guest actress for her role as Melisandre, and Emilia Clarke and Kit Harington also scored their first nominations in the lead categories, having previously been nominated as supporting actors.

“Game of Thrones” alum Richard Madden may have taken home a Golden Globe for his performance in “The Bodyguard,” but that trophy wasn’t enough to secure him an Emmy nomination.

Critics praised Madden for his portrayal of war veteran David Budd, a police sergeant in London who is assigned to protect the home secretary, in Netflix’s show. It was expected he would be on the short list for this September’s Emmys.

Richard Madden stars as war veteran David Budd, a police sergeant in London who is assigned to protect the home secretary, in Netflix’s “The Bodyguard.”

The comedic Netflix show challenges amateur bakers to recreate complicated recipes for the chance at $10,000. It’s cringe-worthy and delightfully hosted by Nicole Byer and judged, in part, by Jacques Torres, a famed chef and chocolatier.

The competition show seemed to have snuck in alongside perennial nominees like “The Amazing Race,” “The Voice” and “RuPaul’s Drag Race.”

Home bakers with a terrible track record take a crack at re-creating edible masterpieces for a $10,000 prize on Netflix’s “Nailed It!”

Cast members Aidy Bryant, Leslie Jones, Cecily Strong and Kenan Thompson, who were in the running last year, were left off ballots this year.

In the category for outstanding writing for a comedy series, more than half of those nominated were women.

Phoebe Waller-Bridge got a nod for her work on “Fleabag” and Maya Erskine and Anna Konkle are on the ballot for Hulu’s “PEN15.”

Leslye Headland, Natasha Lyonne and Amy Poehler were nominated for one episode of Netflix’s “Russian Doll,” while Allison Silverman got a nomination for another.

D’Arcy Carden is a standout on NBC’s “The Good Place,” a comedy show about the afterlife that often delves into questions of morality.

Carden plays Janet, a non-human, non-robot being that knows all the information in the universe. In one episode in the third season, Carden plays the roles of four co-stars, interacting using the magic of green screen.

Surprise: Mandy Moore in ‘This is Us’

After three seasons as Rebecca on “This is Us,” Mandy Moore is finally getting a nod from the Television Academy.

To date, “This is Us” has earned 27 nominations and won three.

Mandy Moore as Rebecca Pearson, Milo Ventimiglia as Jack Pearson in NBC’s “This is Us.”

The show was nominated in the outstanding writing category, however.

Disclosure: NBC and CNBC are owned by Comcast’s NBCUniversal unit.

Google shuts down Hire, the product it acquired with Diane Greene