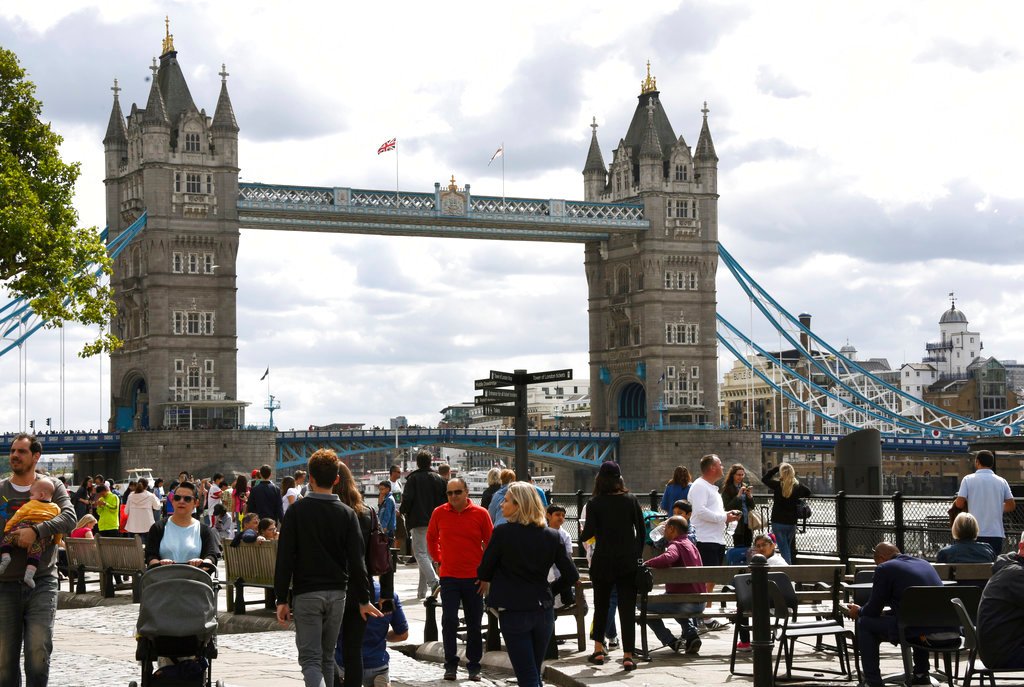 To receive Morning Links in your inbox every weekday, sign up for our Breakfast with ARTnews newsletter.
The Headlines
PRO-BEIJING FIGURES IN HONG KONG ARE CONTINUING TO TARGET some arts organizations with allegations that they promote anti-China work, the South China Morning Post reports. After a state-run outlet accused the Arts Development Council of being led by “anti-government figures,” the organization said that it would not provide funding to any artist who advocates for Hong Kong independence or otherwise runs afoul of the recently adopted national security law. This week, Hong Kong lawmaker Eunice Yung questioned whether the soon-to-open M+ museum would abide by the law. She also called an artwork that it holds by Ai Weiwei, which shows the artist giving the finger to the Gate of Heavenly Peace in the Chinese capital, “very low-class and disrespectful to China.”

REMEMBER GALLERY WEEKENDS? A bunch of far-flung people fly into a designated city, see some shows, and sometimes art changes hands. More than 80 London dealers—including heavy hitters like White Cube, Gagosian, and Sadie Coles—have signed on to a new gallery weekend in London, the Art Newspaper reports. Rather courageously, they will hold the first one in June. The plan is to make it an annual event. Dealer Jeremy Epstein, the cofounder of Edel Assanti gallery, pointed out that its dates fall right before “Zurich Gallery Weekend, which leads straight into Art Basel—so it is an appealing moment for our international audience to visit London.”
The Digest
Superblue, the hotly anticipated immersive digital art experience supported by Pace Gallery and the Emerson Collective, is about to open in Miami, and Arthur Lubow has a report on its offerings. Beholding an enveloping work by Es Devlin that incorporates a water feature, he writes, “Chilled, I felt I was standing by the bank of the river Styx, experiencing not my personal demise but the death of the planet.” [The New York Times]
Documenta 15, which is slated to open in Kassel, Germany, in June of 2022, is starting its public programming next month with the first of a series of conversations. [ArtAsiaPacific]
Photographer David Alan Harvey quit Magnum Photos amid allegations of sexual harassment. The agency’s board had voted to remove him, and the measure was headed to its full membership for its consideration. [The Art Newspaper]

Sophie Taeuber-Arp, who’s the subject of a new retrospective at the Kunstmuseum in Basel, Switzerland, “could have been invented as a model for today,” Jackie Wullschläger writes. “Her work flows between hybrid genres, she never acknowledged aesthetic hierarchies, she fused domesticity with avant-garde subversion. [Financial Times]
Dealer Ford Phillips alleges that his former business partner in the East Projects gallery, Robert Blumenthal, stole artworks that belonged to him. Blumenthal “claims he was simply taking what was rightfully his,” Nate Freeman reports. [Artnet News]
Sotheby’s has teamed with the sneaker shop English Sole to auction off 50 pairs of exceedingly rare Nikes. The event is titled “Scarce Air.” [Highsnobiety]
A wax sculpture of former President Donald J. Trump is sitting in storage, awaiting repair, at Louis Tussaud’s Waxworks in San Antonio, Texas, after repeatedly being attacked by visitors. (Yes, it’s a slow news day here.) [San Antonio Express-News]
The Kicker
THERE ARE INCREDIBLE INNOVATIONS HAPPENING IN THE NFT FIELD, FOLKS. The toilet-paper brand Charmin is selling a line of NFTs for artworks that were inspired by toilet paper, according to the financial-news site Benzinga. It is called “NFT(P) by Charmin.” The New York Post shares news that we will never mention again: a Brooklyn film director is selling NFTs of audio of himself passing gas. Moving on to a more promising story, Vice spoke with artists making not-safe-for-work art who are experimenting with the new tool. “For erotic artists and sex workers, who are constantly dogged by payment processors’ prudish rules and risk having their Venmo, Cashapp, and Paypal accounts closed for selling sexy content, the decentralized nature of NFTs is appealing,” Samantha Cole writes.
Thank you for reading. We’ll see you on Monday.