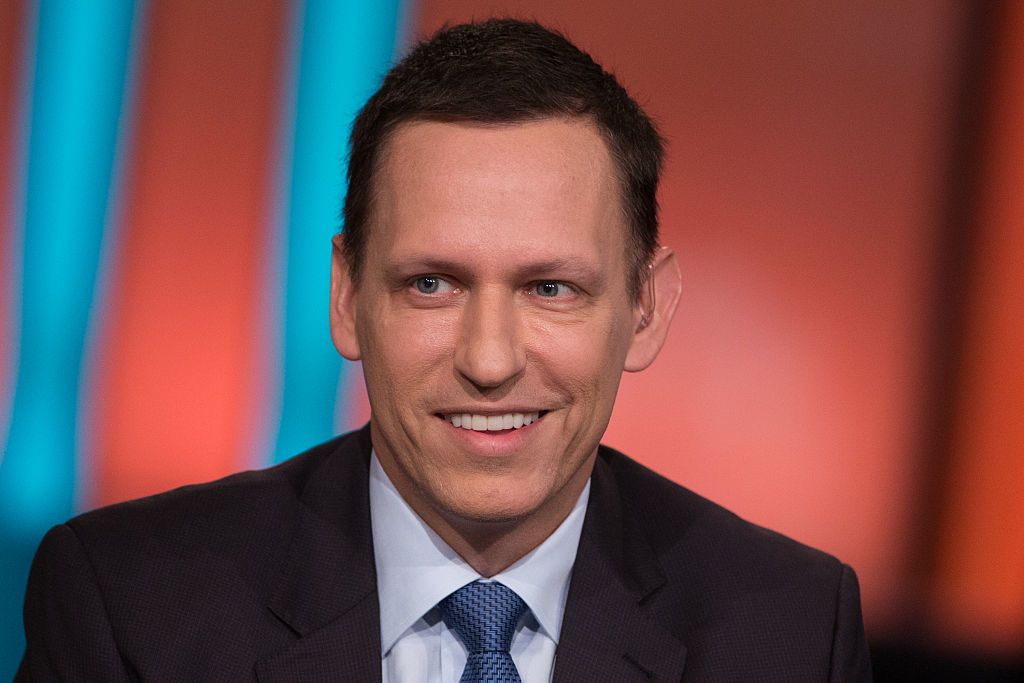 Early Facebook investor and Trump supporter Peter Thiel weighed in on the Democrats taking on the president in 2020.

“I’m most scared by Elizabeth Warren,” he said on Monday on Fox News’ “Tucker Carlson Tonight.”

“She’s the one that’s actually talking about the economy, which is the thing that matters most,” Thiel told Carlson. He said the others were “equally unimpressive” as they all were embracing “one form of identity politics or another.”

Sen. Elizabeth Warren (D-MA) speaks to the media in the spin room following the first night of the Democratic presidential debate on June 26, 2019 in Miami, Florida.

Thiel also reiterated his call for the FBI and CIA to investigate Google to see if the Facebook rival’s A.I. research has been infiltrated by Chinese espionage.

Noting that Google has called its research “a Manhattan Project for A.I,” he added. “I would naturally think this would draw the attention of foreign intelligence agencies.”

He also said he believes some Google employees ideologically think that the U.S. is worse than China.

He has also spoken out about Google’s monopoly power in the past.

Facebook, which competes with Google for billions in online advertising dollars, is also under scrutiny for having too much power over the tech industry.

Representatives from both companies, alongside those from Apple and Amazon, will testify before the House Judiciary Committee about antitrust issues on Tuesday, and Facebook is also appearing before House and Senate committees this week to defend its plan to facilitate a new digital currency called Libra.