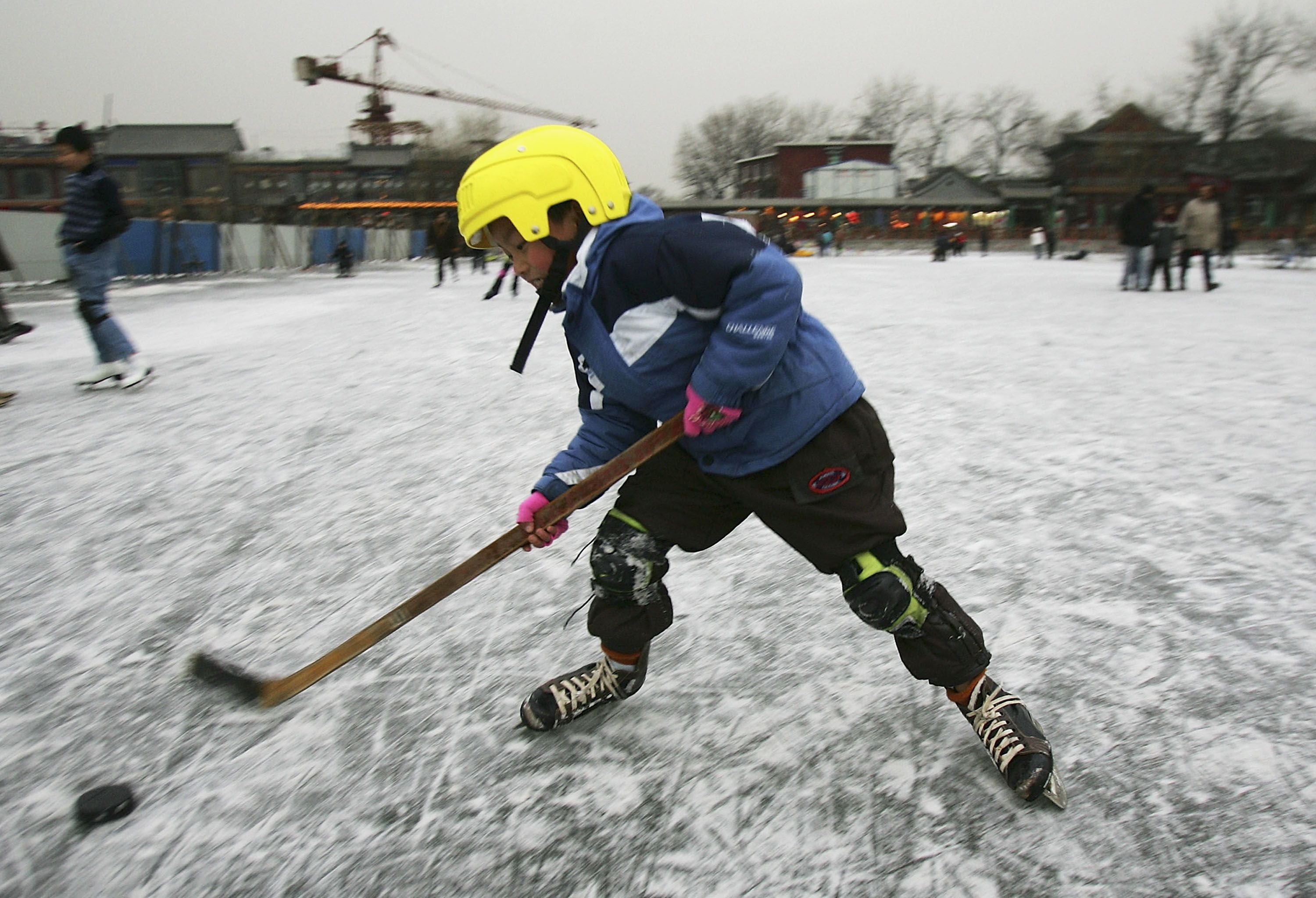 Ice hockey in China might not be as popular as basketball for now, but the winter sport looks set to climb up the charts, according to the chief executive of a sports and entertainment company.

“In time, hockey will join basketball at the top of the charts in China,” Scott O’Neil, the CEO of Harris Blitzer Sports & Entertainment told CNBC on Monday.

In a country where the National Basketball Association (NBA) is the most popular sports league, and basketball is played by 300 million, such a prediction for the Chinese ice hockey scene may seem rather bold.

But in reality, China’s interest in ice hockey has been growing in recent years.

The National Hockey League partnered with Chinese company O.R.G. Packaging to host the NHL China Games for the first time in 2017. And last year, thousands of fans thronged to the stadiums in Shenzhen and Beijing to watch the pre-season exhibition games between the NHL’s Boston Bruins and Calgary Flames.

Harris Blitzer Sports & Entertainment owns a number of sports teams including the NBA’s Philadelphia 76ers and the NHL’s Jersey Devils.

A Chinese boy plays ice hockey on the frozen Shichahai Lake on January 3, 2006 in Beijing, China.

O’Neil hopes to continue driving Chinese interest in ice hockey by starting with its youth. That includes getting children interested in the sport by introducing them to NHL players and teams, as well as watching the game.

“This will be an incredible hockey market,” he added.

Another boost for ice hockey in China will be the Beijing 2022 Winter Olympics. In preparation for the games, China has been organizing national league matches for their national ice hockey team to help improve their capabilities. Beijing has also invited Chinese players from overseas leagues to return to play for China.

Beijing 2022 will give the sport “some momentum” to build on, O’Neil said.

China currently has 400 ice hockey rinks in the country but more needs to be done in terms of infrastructure, he pointed out.

More rinks are still needed to grow the sport — but that’s going to take time, as much more infrastructure is needed to build an ice rink than other sporting facilities, such as a basketball court.

NHL has been exploring the Chinese market, with its commissioner Gary Bettman working on grassroots programs to “plough the way,” according to O’Neil.

“The key, I think for hockey, just like it is in the NBA … is just the sense that we have to bring the game here,” he said. “And then we have to do a much better job on our terms of creating content, so that the incredible fans of China can see and experience these incredible athletes as people.”