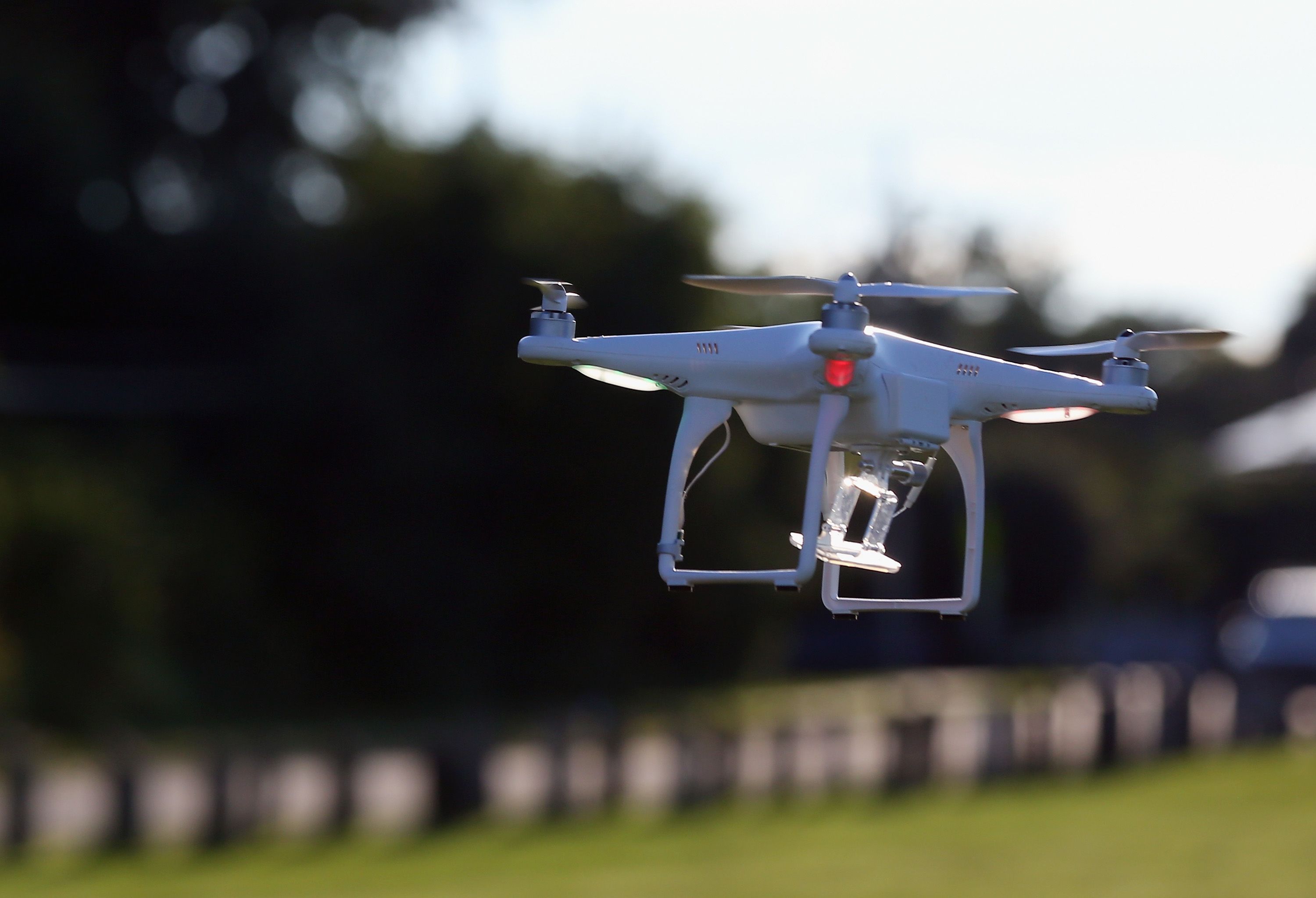 A drone is flown for recreational purposes in Syosset, New York.

Talk about a special delivery.

In the wee hours of April 19, a custom-made drone roughly the size of a washing machine lifted off from a neighborhood in southwestern Baltimore and whisked a human kidney to a nearby hospital, where a team of surgeons successfully transplanted the organ into a critically ill patient.

The 2.8-mile, 10-minute drone flight was the first in the world to deliver an organ — but it almost certainly won’t be the last. Drones, aka unmanned aerial vehicles (UAVs), are now delivering medical supplies in Rwanda and other African nations, as well as in the Pacific island nation of Vanuatu, and experts say organ-delivering medical drones are poised to take off in the United States.

“Organ drones have the potential to improve access to transplants, decrease costs and improve quality,” Joseph R. Scalea, a transplant surgeon at the University of Maryland School of Medicine and the leader of the team behind the proof-of-concept flight, told NBC News MACH in an email.

The nighttime drone flight followed a three-year collaboration among doctors, researchers, engineers and aviation experts at the university, the University of Maryland Medical Center and the Living Legacy Foundation of Maryland, a Baltimore-based organization that oversees organ procurement in the state.

In an email to NBC News MACH, Robert Graboyes, a senior research fellow at George Mason University in Arlington, Virginia, and an expert in medical innovation, called the flight “a stunning achievement.”

Of course, the flight represented more than that to Trina Glipsy, 44, of Baltimore, who received the drone-delivered kidney after spending eight years on dialysis. “I feel very fortunate, especially after watching so many people pass being on dialysis,” she told the New York Times. “I’m seeing a lot of people die and I’m like, ‘It’s taking so long, it might not happen for me either.”

A matter of seconds

For the best shot at saving lives, organs must be transplanted as quickly as possible after they are removed from donors’ bodies. But organs can’t be transplanted until they’re transported to where they’re needed — whether it’s across town or across the country. And the usual methods of transporting organs, which include motor vehicles, helicopters and airplanes, have significant limitations.

“Charters are too expensive, commercial aircraft is too slow and small aircraft at inconvenient hours are dangerous to transplant teams,” said Scalea, who was also a member of the surgical team that transplanted the kidney at the medical center. Drone delivery could cut the time organs spend in transit by 70 percent, he added.

Experts say that could make a big difference.

“In many circumstances — say, a mother hemorrhaging after childbirth — a few seconds or minutes can mean the difference between life and death,” Graboyes said in the email. “Across rugged terrain, traffic-clogged cities, icy roads or flooded regions, a drone may become the quickest and surest way to get medical goods to where they’re needed.”

Not your basic drone

The autonomous drone used for the pathbreaking flight isn’t of the sort flown by hobbyists. In addition to a pair of nested boxes to hold an organ, the eight-rotor drone carries sophisticated communications gear and backup batteries and powertrains to make sure it stays aloft even if some components fail. There’s also a parachute — so the drone and its life-saving cargo can reach the ground safely in the event of a major malfunction.

“We had to create a new system that was still within the regulatory structure of the FAA, but also capable of carrying the additional weight of the organ, cameras and organ tracking, communications and safety systems over an urban, densely populated area,” Matthew Scassero, director of the university’s unmanned aerial vehicle test site in California, Maryland, said in a statement. “There’s a tremendous amount of pressure knowing there’s a person waiting for that organ, but it is also a special privilege for us to be a part of that critical link.”

Scassero predicted in an email that drones would be used to deliver organs on a “fairly regular basis in some locations” within two to three years and that organ delivery by drone would become routine within the next decade.

But many obstacles need to be overcome before that happens.

Drones compete with airplanes and helicopters in the nation’s already busy airspace, and federal regulations generally prohibit flights beyond the operator’s line of sight — sensible regulations given the state of drone technology. “American skies can be crowded,” Graboyes said, “and the last thing the drone industry needs is a serious accident — a midair collision or a drone striking a building or person.”

Graboyes said drones need greater reliability and more dependable communication systems — and to be able to resist hacking. “The technology probably has to change in advance of wholesale regulatory reform,” he said.

Scalea has his own vision of the medical drones of the future, saying they need to be faster, with bigger payload capacity and greater range. “In the ideal world, I see drones moving 200 miles per hour and carrying payloads of 50-100 pounds, while still being able to land and take off vertically,” Scalea said. “Those technologies are not yet available — although they are totally feasible.”

There are now more than 113,000 people in need of an organ transplant. According to the most recent data, an average of 18 people die each day while waiting for one.