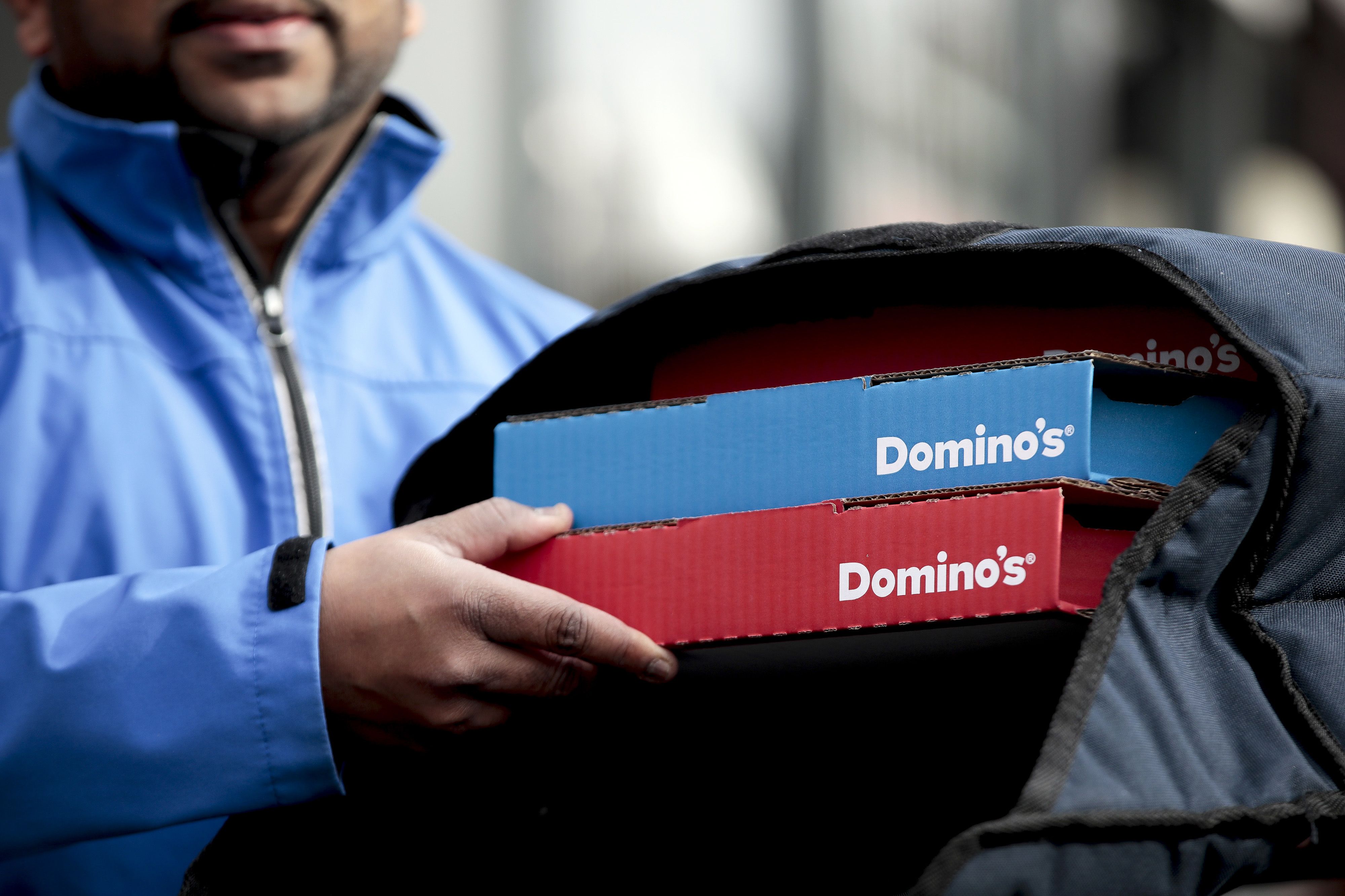 Delivery apps like UberEats, Doordash and GrubHub are cutting into Domino’s Pizza’s business, so much so that it’s reducing sales growth for the world’s largest pizza chain, according to Morgan Stanley.

Domino’s built its business around a fleet of drivers who deliver hot pizzas fast. But outside delivery companies now pose a real threat to about 20% to 25% of Domino’s locations, Morgan Stanley analyst John Glass said in a research note Thursday. He said the relatively new competition could erode sales growth at Domino’s locations open for a year or more by up to 2%.

“While we are not dismissive of the sales risk posed by third-party aggregators, we believe our work puts reasonable boundaries around that debate,” Glass said. “While difficult to precisely translate that exposure into a sales impact, we think a reasonable estimate is 1-2% on [same-store sales], with some of that impact likely already in the sales base.”

Domino’s has the advantage over third-party delivery companies when it comes to value and speed of delivery, he said. The pizza chain has been aggressively expanding the number of U.S. stores as part of a strategy it calls “fortressing.” Increasing its store count is meant to decrease delivery times as a way to increase customer satisfaction and tips for drivers.

Morgan Stanley found that Domino’s has locations in about half of all U.S. counties, but its existing store base covers roughly 90% of the population.

Investors will be watching to see if the pizza chain comments on third-party delivery again when Domino’s reports its second-quarter earnings before the market opens Tuesday. Analysts surveyed by Refinitiv are forecasting that the company will report earnings per share of $2.02, revenue of $836.9 million and U.S. same-store sales growth of 4.81%.

Shares of Domino’s were up 1% in morning trading Tuesday.