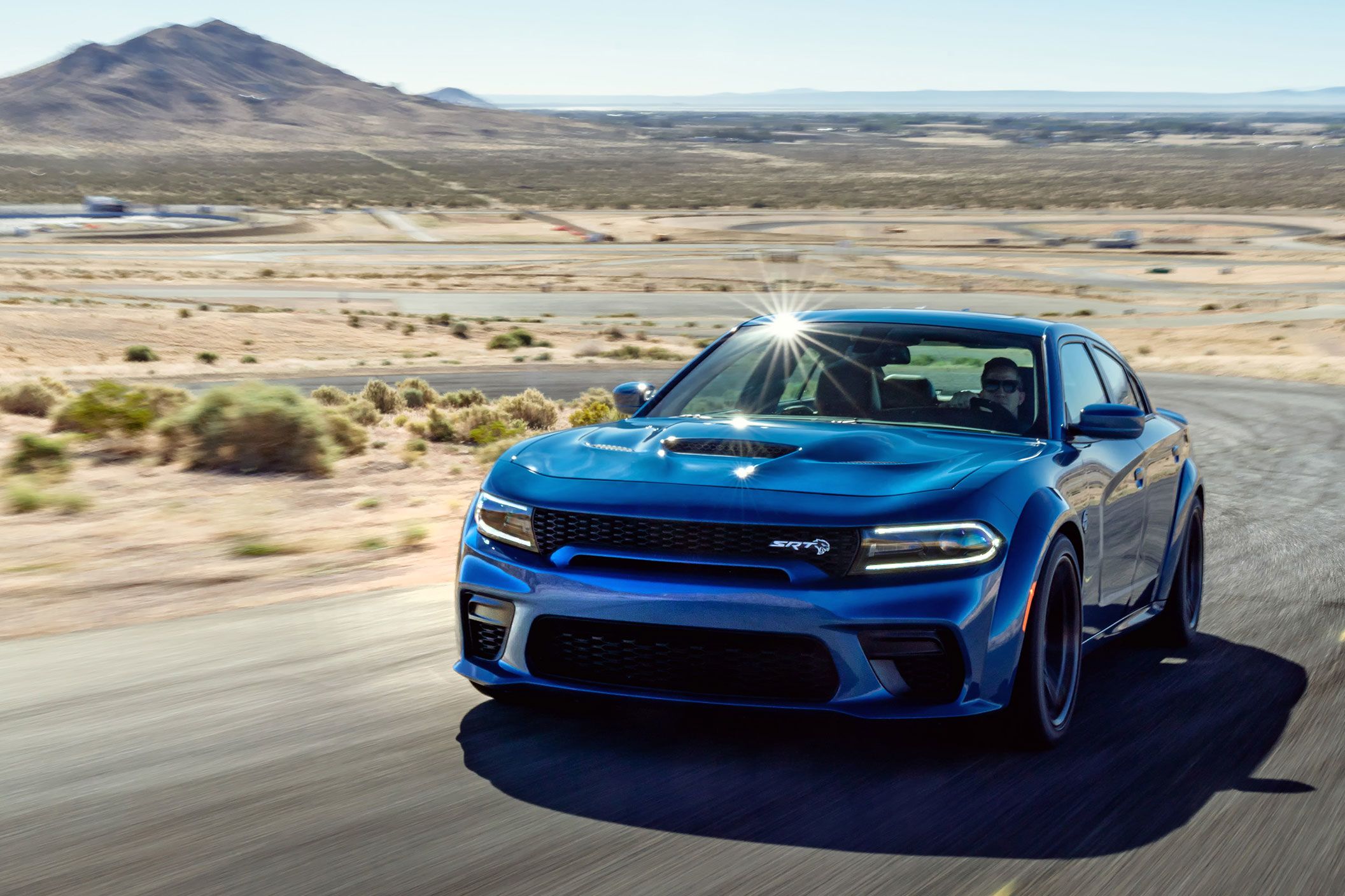 The muscle car wars continue to heat up as Dodge fires the latest salvo with its 2020 Charger SRT Hellcat Widebody it calls the “most powerful and fastest mass-produced sedan in the world.”

It’s also the near twin of the Widebody version of the Dodge Challenger Hellcat coupe that made its debut two years ago, both models sharing the same 707 horsepower supercharged V-8 engine. The performance brand of Fiat Chrysler, Dodge says its latest muscle car can hit 60 in just 3.6 seconds and top out at 196 mph.

Despite increasingly stringent mileage mandates, automakers keep upping their performance game. Ford last week said its new Mustang-based Shelby GT500 Coupe will generate 760 horsepower when it comes to market later this year. General Motors will unveil the first-ever mid-engine version of its Chevrolet Corvette next month. Manufacturers as diverse as Hyundai and Aston Martin are rolling out ever more gutsy models — some turning to electrified powertrains to push the performance envelope.

The 2020 Dodge Charger SRT Hellcat Widebody’s 6.2-liter V-8 uses a massive supercharger to deliver 707 horsepower and 650 pound-feet of torque. The engine is mated to an eight-speed automatic that, the automaker says, can improve both performance and fuel economy.

The wheels of the Widebody sedan flare out 3.5 inches more than the original Hellcat. That provides room for significantly wider, 20- by 11-inch Pirelli 305/35ZR20, tires and makes it easier for the Charger to grip the pavement under hard acceleration. Spinning tires may look and sound great but waste time when you’re looking for a fast launch.

The Charger Widebody will also get stiffer springs, larger anti-sway bars and retuned shock absorbers to allow it to handle on a track or on winding roads. And Brembo brakes will help it quickly scrub off speed without fading under repeated hard braking maneuvers.

The sedan also uses four technologies, including Launch Control and Line Lock, to make it easier for even less-experienced drivers to achieve fast take-offs.

Over recent years, Dodge has been rolling out a succession of fast, faster, fastest variants based on its long-lived Charger sedan and Challenger coupe models — even as it has dropped virtually all other nameplates. The Charger and Challenger are among only three passenger-car models now built by the U.S. side of Fiat Chrysler.

The addition of the Widebody could help build demand for the more practical, four-door Charger which has traditionally been outsold by the Dodge Challenger. All told, Fiat Chrysler sold 66,716 of the coupes — in all the various configurations — last year. But that lagged behind the muscle car segment leader, the Ford Mustang. Its 10 different versions racked up 75,842 U.S. sales in 2018.

Ford hopes to trounce the Challenger Hellcat line when it officially ships the first Shelby GT500s to dealers for the 2020 model-year. It will be the most powerful street-legal Mustang ever to roll out of a Ford plant, at 767 horsepower.

More and more manufacturers are pushing into the performance market. Hyundai recently launched a sporty sub-brand dubbed “N,” hoping to win over muscle car fans on a budget.

How far the industry can push performance is an ongoing debate. But, with increasingly stringent global emissions and mileage mandates, a number of manufacturers are turning to electrified drivelines.

Tesla helped demonstrate the potential of battery power, its Model S with optional Ludicrous Mode launching from 0 to 60 in less than 2.5 seconds. Ferrari, meanwhile, last month unveiled the new SF90 Stradale, a plug-in hybrid that will match the launch performance of that Model S, top out at 212 mph and still deliver 15 miles range in all-electric mode.

Dodge has yet to release pricing for the 2020 Charger SRT Hellcat Widebody sedan, but the coupe version starts at $72,590.