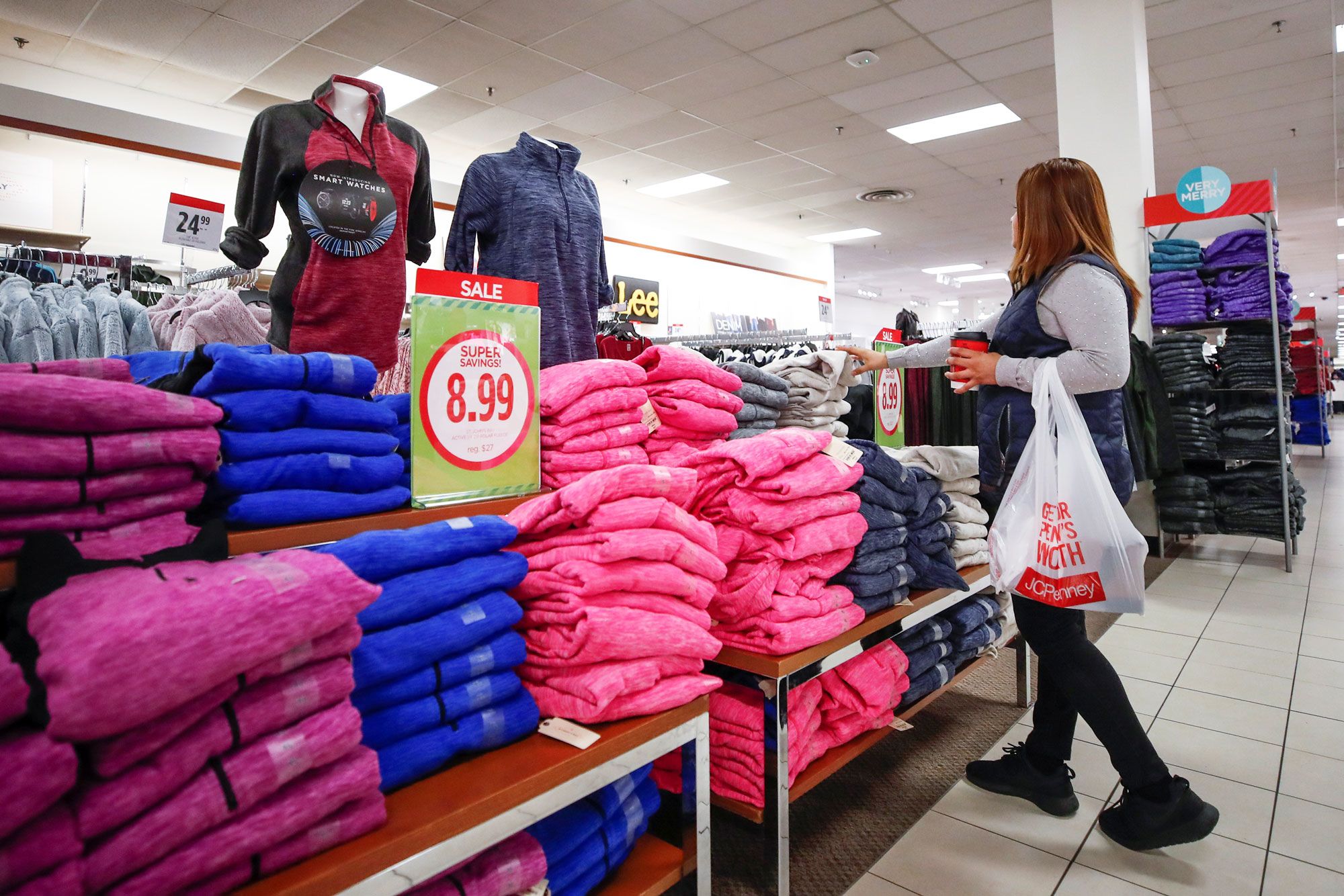 A shopper checks on merchandise at the J.C. Penney department store in North Riverside, Illinois.

For department stores, there may be no time left for subtlety. It is time for reinvention.

A slew of retail earnings the past two weeks makes clear that while Americans continue to shop, they increasingly aren’t ringing registers at department stores. J.C. Penney, Kohl’s and Nordstrom all turned in disappointing first-quarter results — despite strong earnings at Walmart and Target.

Sales at Kohl’s stores open for at least 12 months fell 3.4%, far steeper than the 0.2% drop analysts were expecting — its first same-store sales miss in two years. Penney’s same-store sales dropped 5.5%, worse than an expected drop of 4.2%. Nordstrom pulled back on promotions to boost profits, and it backfired. Sales dropped and it slashed its profit expectations for the full year.

While each department store chain faces its own set of obstacles, all share in common a large store-base that is a burden as shopper foot traffic falls. These brands have declining clout amid the rise of online brands like apparel retailers Reformation and Untuckit. All have made varying degrees of touch-ups and improvements over the past few years, but none have evolved as completely as retailers like Walmart and Target.

Walmart paid $3 billion to buy internet retailer Jet.com, through which its built up a coterie of online brands like Bonobos and ModCloth. It’s adding veterinary clinics to its stores and now runs an online pet pharmacy. The retailer also reshaped its geographic hold, making a multibillion dollar bet in India as it looks to move away from England. It’s made investments in same-day delivery in the U.S., and transformed some of its stores into distribution centers.

Target, meantime, has turned from discount store into a chic, one-stop destination. It is remodeling its stores to make the apparel section look like a boutique, its make-up section like Sephora and its grocery sections more modern.

But whether it be loyalty to brand, fear of losing shoppers or simply business constraints — U.S. department stores today remain what they were a decade ago.

Department stores are, in part, restricted by geography. Many, aside from Kohl’s, are still located at the mall, even as traffic there declines. That’s in contrast to retailers like Target and Walmart, which are rarely located at malls.

That means it’s harder for department stores to transform their e-commerce business through initiatives like “click and collect,” where shoppers have all the convenience of selecting items online and the instant gratification of picking up their items quickly at the store. This option has been a boost to both Walmart and Target’s businesses,  but it is less convenient when shoppers need to go to the mall to fetch their purchases. Target’s e-commerce sales this quarter surged 42%, largely due to its curbside pickup service for online orders.

The products department stores sell also impact how the businesses perform. Whereas Macy’s, Kohl’s and Nordstrom find themselves somewhere between discount and ultra high-end, Target and Walmart can cater directly to bargain shoppers, without worrying about hurting the image of the higher-end brands sold in their stores.

Department stores also can’t turn to the retail trick of selling more groceries to bring in shoppers. Soda would look awkward next to a rack of clothes.

With these restrictions, department stores have still tried to evolve, in a tempered way. Macy’s introduced rotating marketplaces for popular brands and mobile checkout. Kohl’s is partnering with Amazon for returns and adding partners like Aldi’s and Planet Fitness to its downsized stores, with the hope it will drive foot traffic.

But, for the large part, those changes haven’t addressed the fundamental weaknesses department stores are facing, in the same way Target and Walmart have been able to rebuild their business.

Even as Macy’s says it plans to start downsizing some of its larger locations, it still has one of the country’s largest fleet of stores, which act as a drag on its earnings as sales stall. Together with the Bloomingdale’s brand it owns, it has 680 department stores across the U.S.

Penney’s, which aborted attempts to sell appliances earlier this year, said it was was focused on improving fundamentals like merchandise assortment, but provided “little guidance as it fully develops its turnaround strategy,” wrote Telsey Advisory Group CEO Dana Telsey Wednesday.

Transformation, like building out or buying a true digital brand, or immediately and drastically changing one’s footprint requires either capital or a stomach for investor backlash. It’s not clear department stores have either. Having lived through the carnage of leveraged retailers like Toys R Us, Bon-Ton and Belk, most are adverse to taking on too much debt, which can act as a shackle when the economy sours.

Macy’s stock has fallen 35% over the past year and is trading at its lowest valuation (enterprise value to earnings before interest, taxes, deprecation and amortization) in a decade, according to Factset. As sales have slowed, it has been focused on tackling its leverage, buying $750 million of its debt late last year.

Nordstrom shares are down 25% from a year ago. At this level, the stock is trading at its lowest valuation in a decade, apart from 2017, according to Factset. Last year, it aborted talks to go private, in part due to financing concerns.

Penney, meantime, is saddled with $4 billion in total debt, according to Factset, and sales have been falling since 2016. Its stock is down 55% over the past year.

“Department stores are already being punished heavily by investors who fear they don’t see a soft landing, so now is the time for them to be innovative and take risks,” said Michael ﻿Dart, a partner at A.T. Kearney and author of “Retail’s Seismic Shift.” “Nordstrom should even consider going private again.”