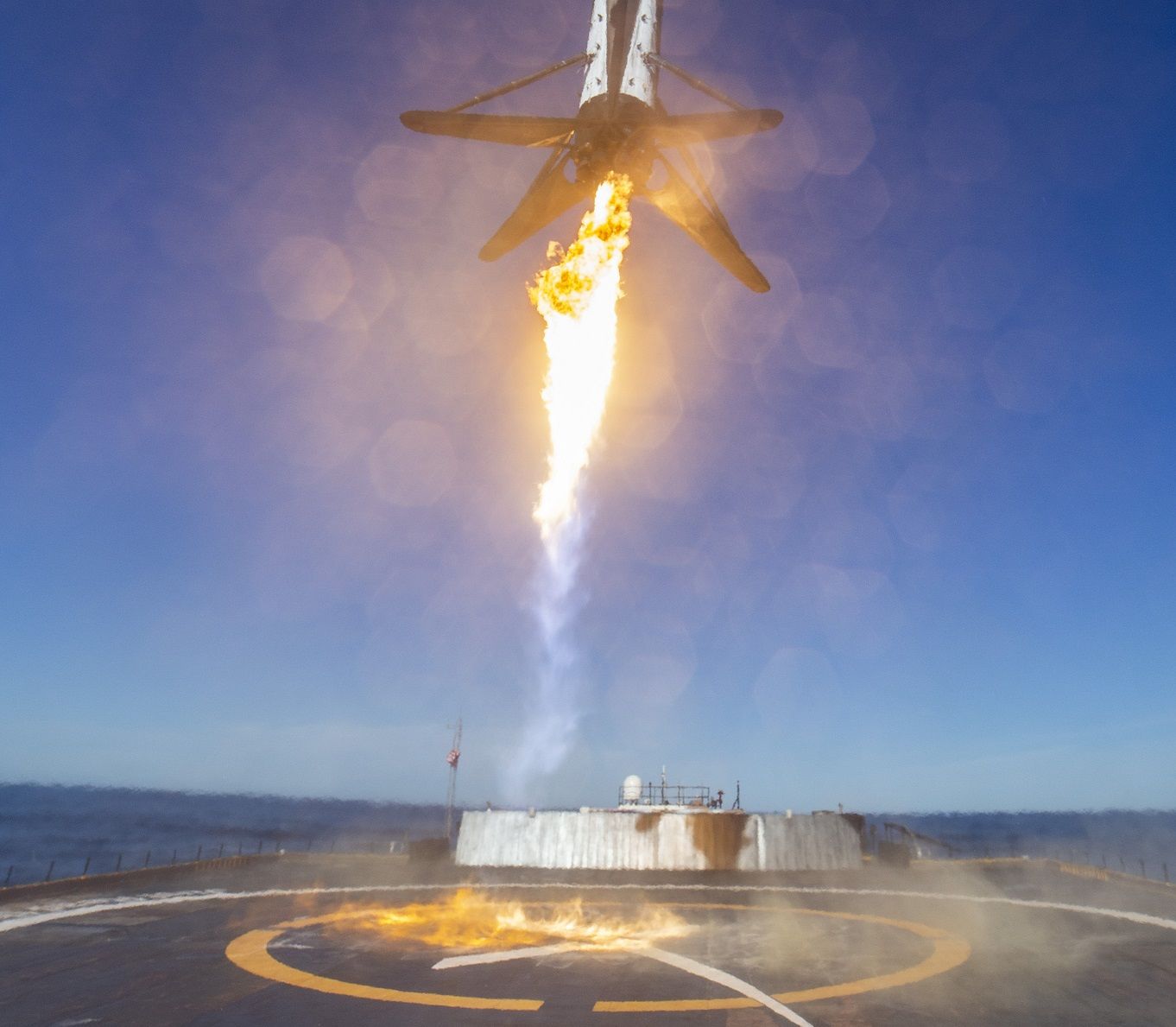 The booster of SpaceX’s Falcon 9 rocket lands on the company’s barge after launching the Spaceflight SSO-A mission.

SpaceX filed the complaint on Friday but asked that the U.S. Court of Federal Claims keep the motion “under seal,” saying that “the proceedings in this matter will involve SpaceX’s proprietary proposal information and source selection information that must be protected to safeguard the competitive process.” On Wednesday, a redacted version of the full 79-page complaint was posted on the federal court’s public system.

The full SpaceX complaint alleges that the Air Force’s Space and Missile Systems Center “wrongly awarded” the funds “to a portfolio of three unproven rockets based on unstated metrics.” Under the Launch Service Agreement (LSA) program, the Air Force awarded three SpaceX competitors funding to develop new launch systems. The LSA awards granted $500 million to Blue Origin for its New Glenn rocket, $792 million to Northrop Grumman for its OmegA rocket and $967 million to ULA for the Vulcan Centaur rocket.

“By any reasonable measure, SpaceX earned a place in the LSA portfolio,” the complaint said.

SpaceX said it bid its Falcon 9 and Falcon Heavy rockets, the former of which has flown multiple national security missions. SpaceX also bid its Starship rocket system, which is early in development, but only for “one or two” missions that were scheduled “to launch no earlier than late 2025.”

However, SpaceX alleges that the Air Force “determined that SpaceX’s one development launch vehicle,” or Starship, “rendered the entire SpaceX portfolio” as “high risk.”

“SpaceX respectfully disagrees with the Air Force’s LSA award decision,” a company spokesperson said in a statement to CNBC. “While we support the Air Force moving forward with its Phase 2 acquisition strategy for national security space launches as currently planned, we are formally challenging the Air Force’s LSA decision to ensure a level playing field for competition.”

The complaint gave the first detailed look at why SpaceX was not among the three companies awarded funding in October. The company alleges that the Air Force Space and Missile Systems Center “unfairly nullified SpaceX’s advantage by attributing two ‘significant weaknesses’ and one ‘weakness'” due to the company bidding its Starship rocket, “resulting in a High risk rating.”

The first “significant weakness” was “an unstated criterion,” which was that the Air Force compared SpaceX’s approach to building Starship “against the current processing requirements for Government reference missions.”

Likewise, the third weakness is also redacted. SpaceX alleges the unknown proposal was misread by the Air Force.

All three of the weaknesses identified by the Air Force pertain to the company’s Starship rocket. Because of that, SpaceX alleges the “flawed” assessment eliminated SpaceX from the competition on the basis of “a capability the Agency will not need until September 2025 at the earliest.”

The complaint comes after Musk told Acting Secretary of Defense Patrick Shanahan in a December meeting that SpaceX had written “a poor proposal” that had “missed the mark,” according to report from the Pentagon’s inspector general.

SpaceX also went on the offensive in the lawsuit, declaring that “the LSA award decision will not end the United States’ reliance on Russian rocket engines.” The bid alleges that LSA awardees were allowed “to offer launch vehicles other than the ones” they bid.

“There should be no doubt that ULA … will propose to use ULA’s Atlas V as their ‘secondary launch vehicles,” SpaceX said.

The Atlas V rocket uses RD-180 rocket engines, which are built in Russia.

WATCH: How SpaceX started and what’s next for Elon Musk’s Mars dream