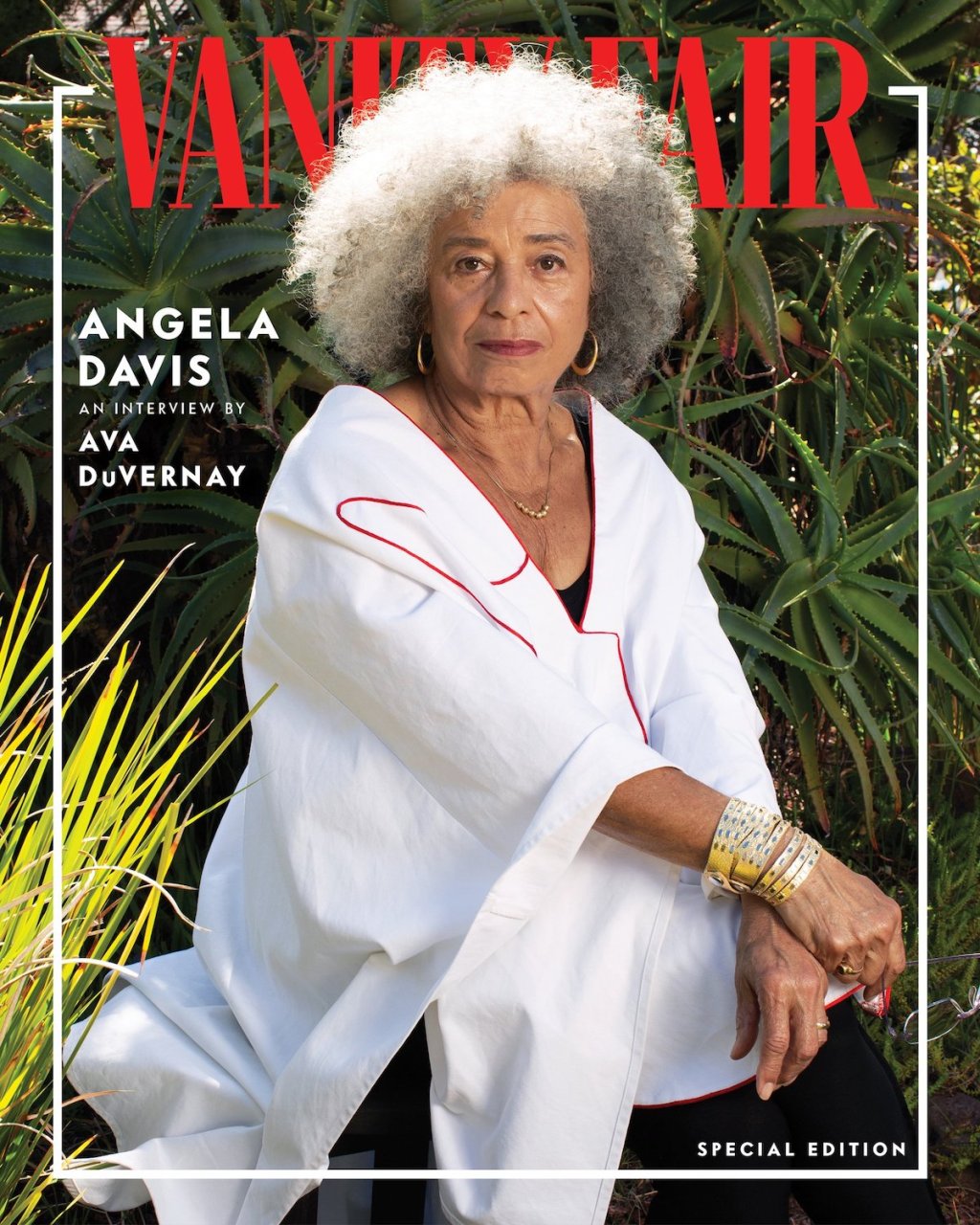 Yet another major U.S. publication has revealed a September issue cover helmed by a famed artist. To go alongside its print edition, which is covered with a lush painting of Breonna Taylor by Amy Sherald, Vanity Fair has unveiled the cover for its digital magazine. On it is an image of the abolitionist and scholar Angela Davis that was shot by Deana Lawson, whose photographs of Black sitters have appeared in major biennials around the world.
Davis is best-known for her influential writings and activism focused on the abolition of the prison-industrial complex, which she has connected to systemic forms of racism and class oppression. In Lawson’s photograph, she appears set against greenery at her home in Oakland, California, wearing a Pyer Moss poncho. It is accompanied by an interview with Davis, conducted by filmmaker and activist Ava DuVernay.

Lawson, who is currently the subject of a major solo show at the Kunsthalle Basel in Switzerland and will be included in the forthcoming edition of the Bienal de São Paulo, has created work for both art and commercial settings, and the differences between the two can be striking. Whereas her art photographs tend to feature Black men and women in semi-staged poses that allude to fictional narratives, her photographs for publications, such as this one for Vanity Fair, are often more straightforward. Lawson has said that she sees a sharp line drawn between her work in these two modes.
The Davis portrait comes two days after Vanity Fair revealed the Sherald painting for its September issue, which is guest-edited by Ta-Nehisi Coates and called “The Great Fire,” and just one day after Vogue unveiled two artist-designed covers—one by Jordan Casteel, the other by Kerry James Marshall—for next month’s magazine.