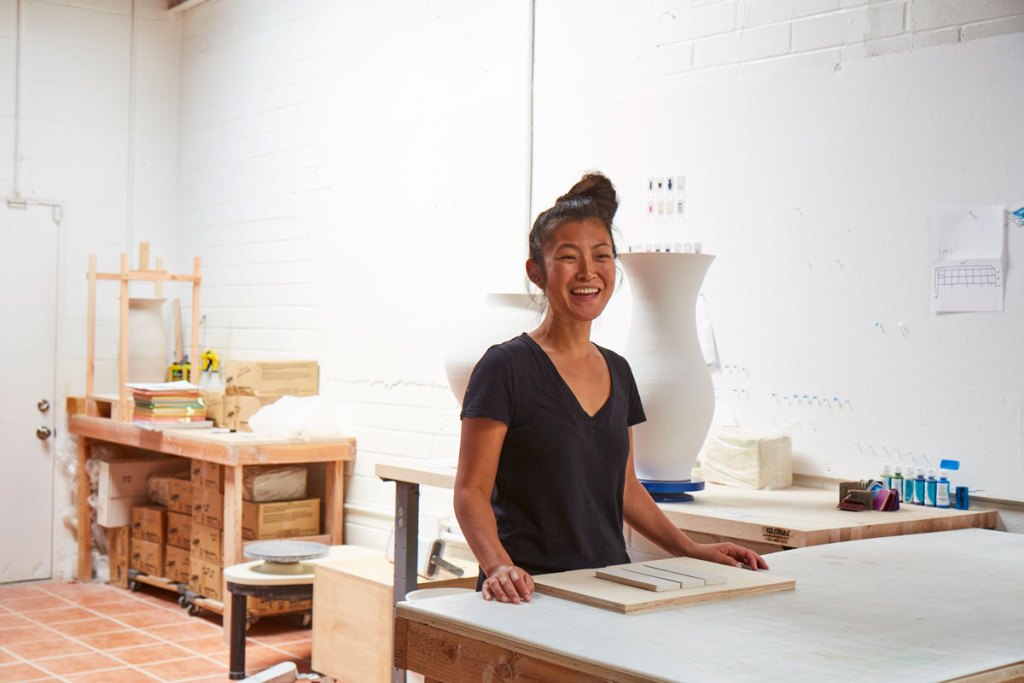 In an unusual move of an artist going from one megagallery to another, Shio Kusaka has departed Gagosian for David Zwirner, which has locations in New York, London, Paris, and Hong Kong. Gagosian had previously represented her alongside New York’s Anton Kern Gallery, the Modern Institute in Glasgow, London’s Greengrassi, and Blum & Poe, which has spaces in Los Angeles, Tokyo, and New York. Kusaka will be included in a group show with Zwirner in New York in November, and will continue to work with The Modern Institute, Greengrassi, and Blum & Poe.

In a statement, dealer David Zwirner said he has long admired Kusaka’s work since she began showing with Anton Kern in 2010. “Few artists have been as successful as Shio in bringing the world of ceramics into the contemporary context,” Zwirner said. “Her interest in and affinity for minimalism, the inherent restraint of her art making, her strength as a colorist, the elegance and thoughtfulness of her presentations, and, last but not least, the mastery of her craft make Shio Kusaka an entirely unique voice within the visual arts.”

Kusaka, who was born in Morioka, a city on Japan’s Honshu island, and moved to the United States in the early 1990s, is best known for her large-scale, ceramic-based sculptures that vary widely, though they often take the shape of vases. Some have abstract and geometric patterns—from wood grain to the seigaiha design of Japanese textiles—incised into their surfaces, while others are playful contemporary takes on ancient Greek pottery forms that incorporate scenes of dinosaurs or witches. Kusaka often creates the works in distinct series, and the works are usually displayed in large groupings.
Kusaka’s most recent solo exhibition opened in February at the Neutra VDL Studio and Residences in Los Angeles, where the artist has been based since 2001. For that exhibition, which was curated by Douglas Fogle and Hanneke Skerath, Kusaka placed her ceramic works, which drew influence from the work of Agnes Martin, Josef Albers, and Ellsworth Kelly, throughout the Richard Neutra–design space.
Other major exhibitions include a two-person show at the Museum Voorlinden in Wassenaar, the Netherlands, with her husband, fellow artist Jonas Wood, and the 2014 Whitney Biennial. Her art is held in the collections the Broad and the Hammer Museum, both in Los Angeles, and the Museum of Modern Art in New York, as well as the Whitney Museum, which recently put it on display in its long-term permanent collection display “Making Knowing: Craft in Art, 1950–2019,” on view until 2022.