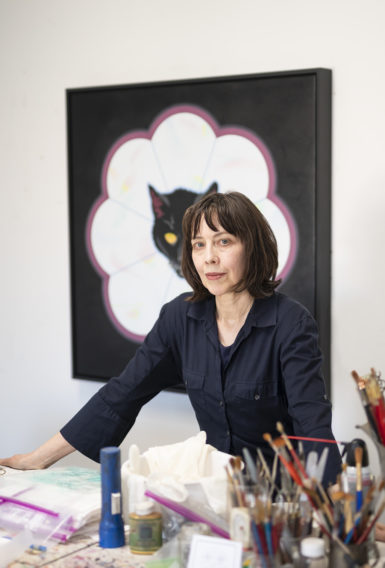 Los Angeles’s David Kordansky Gallery now represents Linda Stark. The Los Angeles–based artist’s paintings and drawings were recently exhibited at the Hammer Museum’s “Made in L.A.” show. She will have her first exhibition with Kordansky in early 2020.

Stark, whose last show in L.A. was with Jenny’s, in 2017, is known for her works that deal heavily with topics of gender, the female gaze, and the natural world, and one of her paintings will be part of the gallery’s presentation at Art Basel in Switzerland in June.

Kordansky said in an email, “We’re thrilled to represent Linda. Her singular approach to paint as a sculptural medium fascinates me. Since the early 1990s, she has created precise, sincere, tactile pictures that are immediately spellbinding but also slow-burning: their material inventiveness builds into a critical inquisitiveness of the political, the mystical, and the personal.”