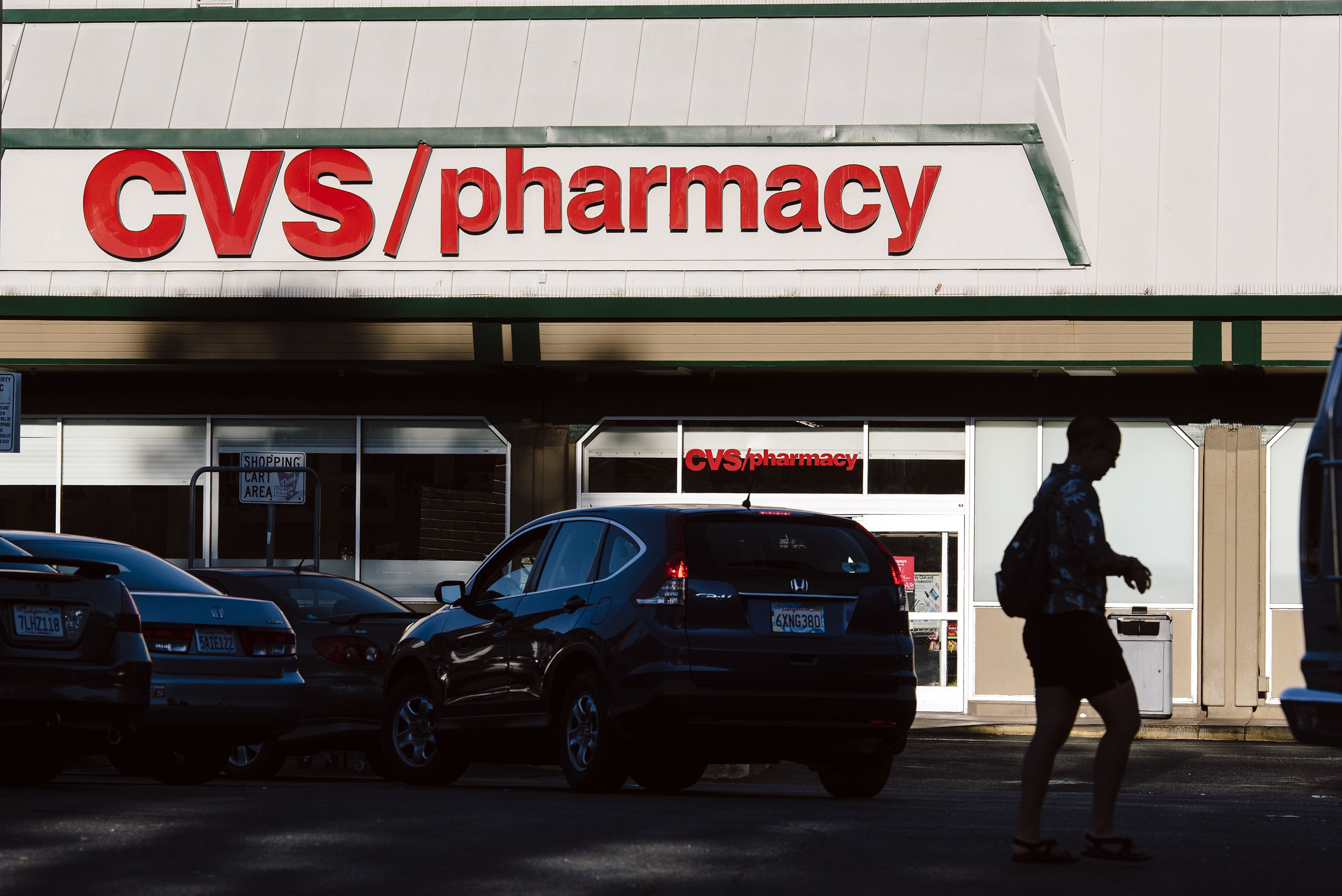 A pedestrian walks through the parking lot of a CVS Health Corp. store in Oakland, California, Aug. 2, 2019.

Here’s what the company reported compared with Wall Street estimates, based on a survey of analysts by Refinitiv:

Shares of CVS rose about 5% in premarket trading.

“These results demonstrate our ability to execute on our strategic priorities to accelerate enterprise growth as we seek to fundamentally transform the consumer health experience,” CVS CEO Larry Merlo said in a statement.

CVS spooked the Street earlier this year when it guided well below analysts’ expectations. It has raised the estimate a few times since, though the current forecast still falls shy of the $7.41 per share that analysts polled by Refinitiv had initially expected.

“The numbers look pretty good in relative terms,” said Jefferies health-care analyst Jared Holz. “On an absolute basis, estimates for CVS have been coming down fairly materially over the past six months, so compared to where they were starting at the beginning of the year, it looks a little bit less compelling.”

CVS still faces a number of threats, including political pressure to lower drug prices and competition from e-commerce giant Amazon. Earlier this week, CVS announced it would expand its membership program CarePass nationwide in a bid to attract millennial shoppers.

Investors want to see whether CVS can integrate Aetna, the health insurer it acquired for $70 billion. CVS is touting its new health-focused stores, called HealthHUBs, as an example of how the two can work together. CVS introduced the first three stores in Houston earlier this year and announced earlier this summer it would open 1,500 HealthHUBs by the end of 2021.

Shares of CVS have slid 18% this year. The S&P health-care index has risen 3.6% in the same period.

Mexican tariffs would be bad news for denim retailers