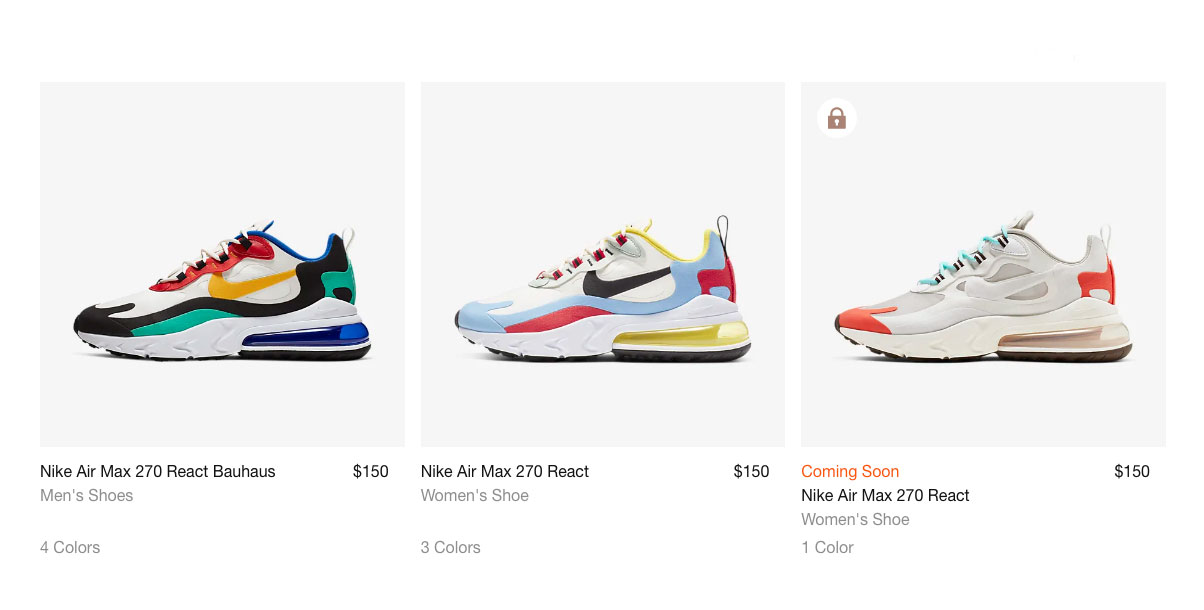 Bibiane Huang has a pair of Crocs for every day of the week.

The 16-year-old from San Francisco got her first pair when she was five, featuring a very cool “Dora the Explorer” print. But last year, she started searching for comfy shoes that she could easily wear before and after swimming practices, and found a pair of green hand-me-downs in Crocs’ classic clog style.

Now, Huang proudly owns seven pairs in a rainbow of colors, and is far from the exception. She estimates that more than half of the girls in her school also have a pair of what Time Magazine once called one of the “worst inventions. “

Crocs is the 13th most popular footwear brand among average-income female teenagers, according to Piper Jaffray’s spring survey. It grew from 30th in 2017, although last year it was ranked 12th.

On Monday, the company’s stock was upgraded to overweight from neutral by the bank, citing “solid traffic during the summer season.” The analysts were also excited about Crocs’ collaboration with Vera Bradley, which sold out on both companies’ websites. They boosted Crocs’ price target to $27 from $22, sending shares up more than 6% in trading Monday to above $22.

“It’s been a wonderful time for us,” said Terence Reilly, the company’s chief marketing officer, in an interview last week. “Teens are a big driver for our brand. They spend a lot, and youth culture drives culture.”

Shares of Crocs are up 30% over the past year. In November, its stock jumped 15% after it reported third-quarter earnings that surpassed analysts’ expectations by 128%. The company has continued to beat expectations in the past two quarters, and is now valued at $1.6 billion.

Although the stock is down 15% since January, that’s because “demand is so good that they can’t quite keep up with the supply,” said Sam Poser, an equity research analyst at Susquehanna. The company has been air freighting goods into the country in order to replenish fast-selling items, which cuts into their gross margins. “It’s a good problem to have, and they’re keeping people hungry for product,” he said.

Teenagers agree that the shoe’s popularity shows no sign of stopping. But that doesn’t mean its reputation of being ugly has faded.

Julianna, a 17-year-old from Teaneck, New Jersey who requested only her first name to be used, said that many of her friends are wearing Crocs precisely because they’re seen as ugly.

“People want to wear it ’cause it’s gross. It’s like rebelling against whatever society thinks is wrong,” she said. “I always thought they were ugly, but then everyone started wearing them and it just became a trend. Everyone I know has at least one pair.”

The company’s products have been poised to explode in popularity in part for this reason, according to Jocelyn Thornton, a senior vice president at The Doneger Group, which forecasts fashion trends.

“Crocs hits the things that are important to consumers. The consumer is moving away from the conventional idea of beauty, and at the same time they’re definitely investing in products that are comfortable to the touch and comfortable to wear,” she said. “Right now, that generation of consumer does not feel beholden to a certain style standard that generations of the past have.”

The shoes also allow teens to express their individuality with Jibbitz, or charms that they can attach to the top of the shoe, said Victoria, a 14-year-old from Warren, New Jersey, who also asked CNBC to withhold her last name.

“People want to be quirky, and that’s turning into a trend,” she said. She estimates that one in every three girls in her grade own Crocs. “All of the popular people have them.”

And the company feels no need to shy away from that reputation.

“We know that we’re different and unique. Some might call it ugly,” Reilly said. “We embrace that polarization. It gets us attention.”

Young consumers are also increasingly reaching to (or throwing back to) styles that they see as “retro.” Crocs strikes a nostalgic note because many have worn the shoes as children, as Huang had with her “Dora” pair.

“For that teen Gen-Z consumer, in many cases, we were her first shoe. We came out in 2002, and she remembers us from her youth and what started as a wonderful nostalgic moment for her,” Reilly said.

And it’s not the only company capitalizing on a booming 90s revival.

Footwear brand Fila Korea has recently seen a resurgence in their Disruptor 2 sneakers, which first debuted in 1996. The chunky white sneaker has a sawtooth sole, and is reminiscent of the “dad” sneakers that were popular in the 90s. Fila’s sales increased 205% between 2016 and 2018, and the Disruptor 2 was named “Shoe of the Year” in 2018 by Footwear News.

“Young consumers really react to brands that have heritage and are authentic, and I think a lot of what we’re seeing is a result of that,” said Beth Goldstein, an analyst at NPD Group.

Fanny packs, another staple of the 90s, are the largest growing category in the bag market this year, with sales up 50%, according to data from NPD. “If you look back, it was considered dorky and ugly,” Goldstein said. “It’s been very popular, and is continuing to grow.”

Athletic companies such as Nike, Adidas, and Reebok have also all brought back styles from their 1990s collections. Many sneakers in the brands’ new releases are similar to Fila’s shoe and feature chunky silhouettes that evoke memories of backwards caps and neon windbreakers.

Though it may be hard to picture, many of these looks first gained traction on the runway. They were shown off in collections from luxury fashion brands, according to Thornton from The Doneger Group.

“The ugly trend in footwear was really started and rooted in Balenciaga,” she said, whose version of dad sneakers sell for $900 or more a pop. “The kick-off for ugly becoming cool was the high end.”

Recognizing it could make a high-fashion splash, Crocs and Balenciaga collaborated to design a collection of brightly colored clogs with 3-inch high platforms that clomped down a Paris runway last year.

Since then, the company has continued trying to expand its audience through collaborations.

Last November, a pair that Crocs designed with rapper Post Malone sold out in 10 minutes. The company has also found partners in streetwear brands worshiped by young consumers, such as Alife and Chinatown Market. In June, Crocs announced a collaboration with Vera Bradley.

An Alife and Crocs collaboration.

“No matter who we collaborate with, it’s unexpected,” Reilly said. “It generates press for us and keeps our brand relevant.”

Even though the shoe is trendy now, it’s hard to tell whether Crocs will be able to withstand the ebbs and flows of the fashion cycle — waves that the company has already experienced in the past.

But its current marketing strategies might help buoy the turbulence, according to Goldstein.

“The collaborations are not necessarily driving so much volume, but it’s the visibility they’re getting,” she said. “The breadth of the type of collaborations they’re doing, from streetwear all the way to Vera Bradley, show their ability to capture a lot of consumer groups.”

All Huang knows is that something is working. “I think ugly is a new trend,” she said. “I don’t know about any other brands, but I see a lot more Crocs on the street now, and people are getting influenced by that.”