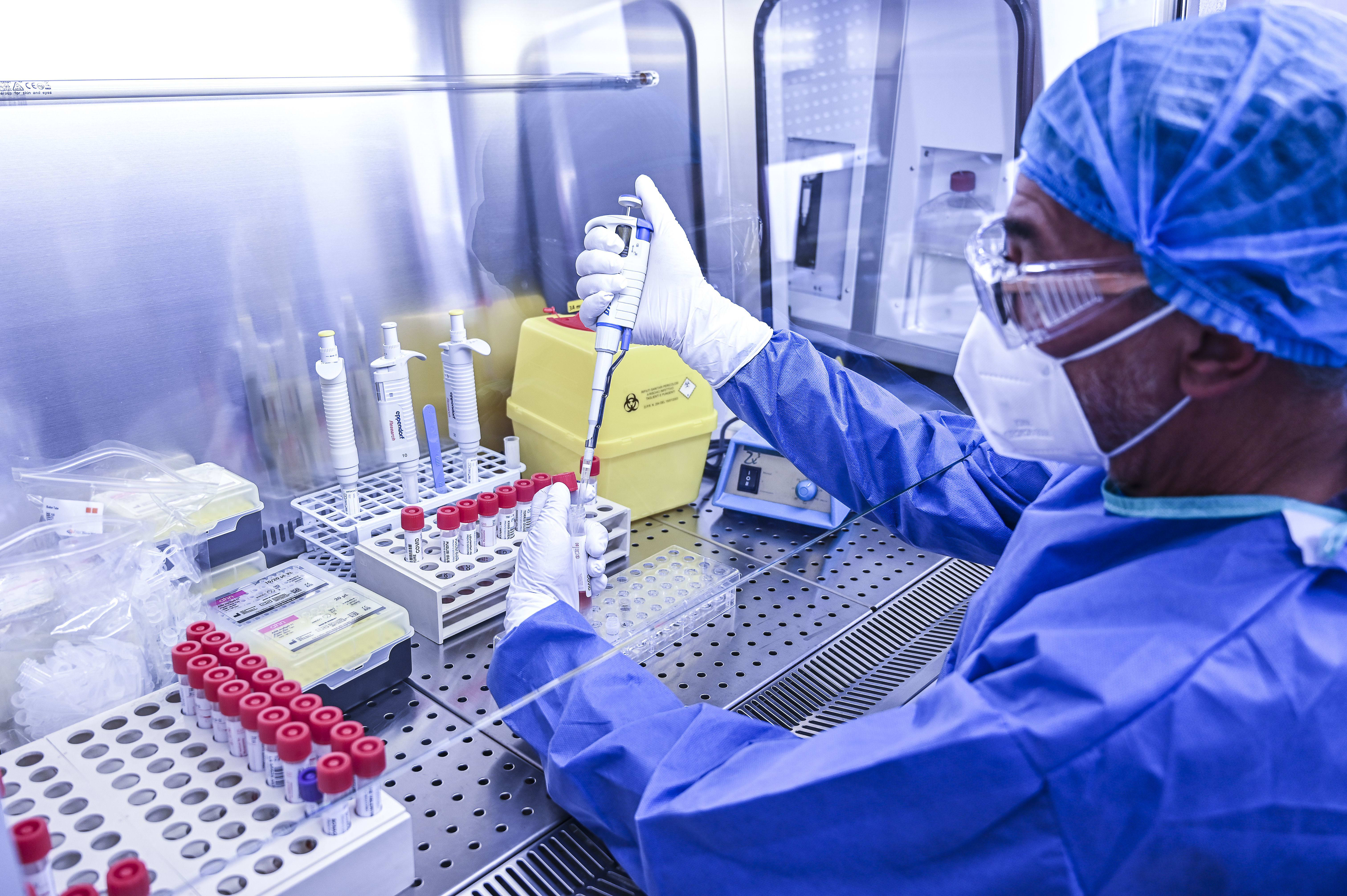 The molecular biology laboratory of Cannizzaro Hospital in Catania during the analysis of biological samples to detect the presence of Covid-19 on May 22, 2020 in Catania, Italy.Fabrizio VillaA very public dispute has broken out between some of Italy’s, and the world’s, most high-profile doctors after one expert claimed the coronavirus “no longer exists clinically.”Dr. Alberto Zangrillo, the head of intensive care at the San Raffaele hospital in Milan in Lombardy (the epicenter of Italy’s coronavirus outbreak), caused a stir on Sunday by telling Italian media that a study by his colleague had shown that the virus was losing its potency.Zangrillo, who is well-known for being the personal doctor of Italy’s former Prime Minister Silvio Berlusconi, said the study showed the virus was weakening and that, “in reality, from the clinical point of view, the virus no longer exists.””The swabs that were performed over the last 10 days showed a viral load in quantitative terms that was absolutely infinitesimal compared to the ones carried out on patients a month or two ago,” he told RAI television Sunday, citing a study from Massimo Clementi, director of the Microbiology and Virology Laboratory at the San Raffaele hospital, that is reportedly due to be published shortly.The comments prompted a swift rebuke from Franco Locatelli, the head of Italy’s top health advisory body, the supreme health council.”I can only express great surprise and absolute bewilderment for the statements made by Professor Zangrillo. Just look at the number of new cases confirmed every day to have evidence of the persistent circulation of the virus in Italy,” Italian news agency ANSA reported Monday.The controversy over the comments comes at a delicate time for Italy, where Europe’s coronavirus outbreak was first detected back in February. Lockdown measures are being lifted throughout the country with much of public life reopened. On Wednesday, inter-regional travel will be allowed to resume. To date, Italy has reported 233,197 confirmed cases of the virus and 33,475 deaths. Globally, the virus has infected more than 6.2 million people and at least 375,000 people have died, according to Johns Hopkins University.The government waded in to the argument on Monday, with one official stating that Zangrillo’s comments were dangerous at a time when caution is crucial.”Pending scientific evidence to support the thesis that the virus has disappeared … I would invite those who say they are sure of it not to confuse Italians,” Sandra Zampa, an undersecretary at the health ministry, said in a statement, Reuters reported.”When we are about to open travel between regions and return to a life as normal as possible … we must invite the Italians to be extremely careful,” she said.Experts vs. expertsThe World Health Organization also warned Monday that the virus had not suddenly become less lethal. “This is still a killer virus,” Michael Ryan, executive director of the WHO’s health emergencies program, told a virtual press briefing on Monday.”We need to be exceptionally careful not to create a sense that, all of a sudden, the virus, by its own volition, has now decided to be less pathogenic. That is not the case at all.” Ryan said the WHO would need to look at the findings in more detail and said the results, and severity of illness, could be determined by an individual’s level of exposure to the virus.”It may not be the case that the virus is becoming less potent, it may be the case that we are, as a community and as a globe, are successfully reducing the number, intensity and frequency of exposure to that virus, which then on the face of it, then looks weaker.”Zangrillo is not the only doctor to believe that the virus is weakening, however.Matteo Bassetti, the director of the infectious diseases clinic of the San Martino hospital in Genoa also said Monday that the virus is no longer the same, based on his experience. The virus “may now be different: the firepower it had two months ago is not the same firepower it has today,” he said, ANSA reported.”Currently the new coronavirus is circulating less, that is, the viral load in circulation among the population has diminished and this is the effect of both the lockdown and the measures still in place such as use of the masks and distancing.”

Elledgy – Elvira Gavrilova in her new role: a “spicy” music video from the singer and producer
Barra expects GM plants to be close to pre-coronavirus levels in June
To Top
error: Content is protected !!