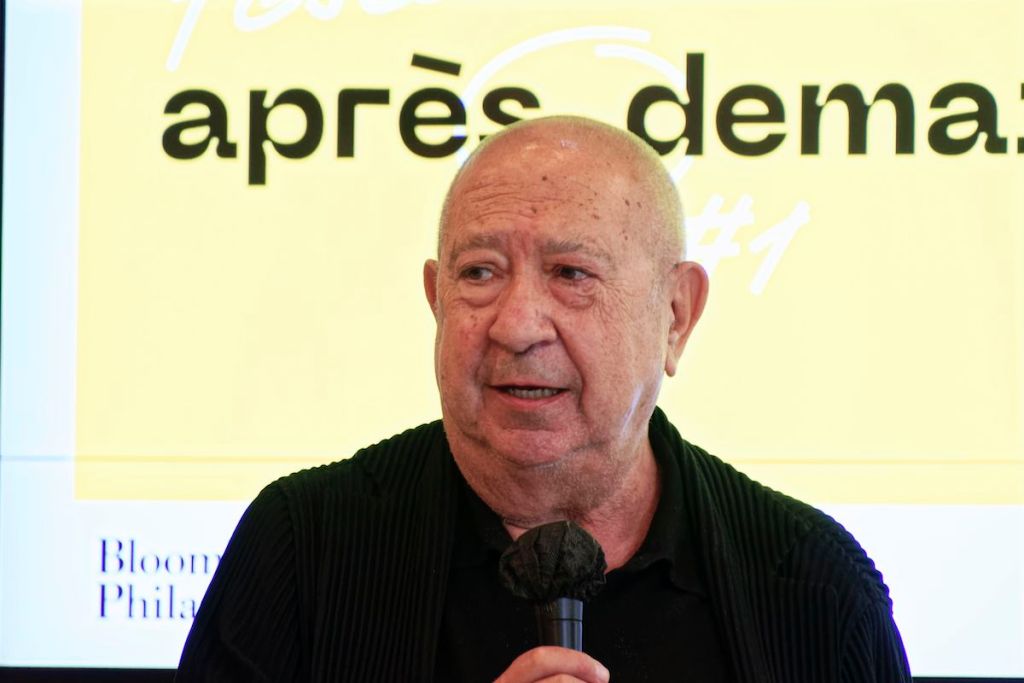 Christian Boltanski, an artist whose installations about loss, memory, and trauma propelled him to the forefront of the French contemporary art scene, has died at 76. His longtime gallery Marian Goodman, which represented him alongside Berlin’s Kewenig, announced his death in a post on its website on Wednesday.
Boltanski’s installations often make grand statements about death, particularly as it relates to the Holocaust, World War II, and the lingering effects of these events on Europe, in particular France, where he was born. At times, these cold works bore out some relationship to Boltanski’s own complicated biography. They feel at once deeply personal and detached.

In part reflecting on the inner turmoil the artist faced in his childhood during the 1940s and ’50s and as an adult, his art questions how, or whether, objects can help us retrieve what has been permanently taken away from us. As Boltanski put it in a 2020 interview with the Brooklyn Rail, “I’m a sentimental minimalist.”
Many of Boltanski’s most famous works drew on his massive of archive of ready-made photographs depicting Jewish children taken in the years leading up to and during World War II. He often re-photographed and enlarged these pictures, causing the images to appear blurry, and then arranged them in grids. In some cases, they were given small frames and affixed with giant lights.
Writing of Les Archives (1987), an installation of hundreds of these images that appeared at Documenta 8 in Kassel, Germany, in 1987, New York Times critic Roberta Smith said, “It was as if the haunting face of Anne Frank, so universally familiar, had broken apart and we were seeing a small portion of the hundreds of thousands of lost children her face had come to symbolize.” Her interpretation is a common one: many have suggested that Boltanski’s work mourns the millions lost during the Holocaust. Yet, as critic Nancy Marmer wrote in Art in America in 1989, the images can be ready to more broadly act as stand-ins for “all those who have ever died too young.”
Some critics of Boltanski have labeled works such as Les Archives exploitative because they lack specificity, even though they purport to tell the truth—one can never be totally sure if the people portrayed were actually Holocaust victims. In this way, Boltanski’s work sometimes has been compared to that of Anselm Kiefer, whose paintings, made in postwar Germany, have been accused of profiteering off the very same tragedy. “In a period that has seen more than its share of art that can be mistaken for ‘life itself,’” Smith wrote in her review, “it seems reasonable to ask if Boltanski exploits the sensationalism of his subject matter.”

Christian Boltanski was born on September 6, 1944, in Paris. From there his biography gets a bit murky, partly because the artist made a full and accurate understanding of the early part of his life nearly impossible. As New York Times critic Michael Kimmelman pointed out in a 1991 review, many have erroneously claimed that the day of Boltanski’s birth coincided with the liberation of Paris. That had actually happened a few weeks earlier, but it did not change the fact that the artist would end up being raised in a country reeling from the horrors of war.
Prior to his birth, Boltanski’s father, who was Jewish, hid under the floorboards of his family’s home in Paris for a year and a half in the 1940s. Boltanski grew up hearing stories of that disturbing time, as well as news of other family friends who had survived concentration camps. Early on, the trauma of being told such tales wound its way into his art. His first paintings, produced at age 13, were based on pictures of carnage that appeared in books given to him at Communion. (Boltanski was raised Catholic.)
Boltanski started out as a painter, but he went on to destroy many of his earliest works. Prior to his photo-based installations, however, he worked in modes that defied neat classification. At the beginning of his career, he zeroed in on his own life, creating works that bent the truth so far back that it began to seem believable.
He devised a whole project centered around an accident that never actually happened; Boltanski documented it assiduously and claimed in the work that it killed him. He also created a “reconstituted” album of songs he allegedly heard as a child and placed objects he claimed were souvenirs of his youth in cookie tins, which later became a fixture in his oeuvre. “I’ve recounted so many invented memories about my childhood that I now have no real ones,” he once said.
In 1970, Boltanski had his breakout exhibition, a solo presentation at the Musée d’Art Moderne de la Ville in Paris, where he showed razors, surgical tools, and other “stupidly cruel instruments of torture,” as he once recalled. Ileana Sonnabend, who at the time ranked among the top gallerists in the world, saw the show and took on Boltanski. During the ’80s, Marian Goodman also began showing him, and around the same time, his market began to grow rapidly.
Over the past few decades, Boltanski’s work has grown less cold. In 2008, he began an ongoing project called Les archives du coeur (The Heart Archive), in which he asked gallery visitors to submit recordings of their own heartbeats. “I am interested in what I call ‘little memory’, an emotional memory, an everyday knowledge, the contrary of the Memory with a capital M that is preserved in history books,” he once said.

Mounds of clothes reappeared in many of Boltanski’s works.
NICOLAS MESSYASZ/SIPA via AP

His art became bigger and increasingly ambitious. At Paris’s Grand Palais in 2010, for a work called Personnes, he had a giant mechanical claw pick up and drop used clothing assembled in a 55-ton mound. Arranged around that hill of clothing were grids of garments. When the work was restaged at the Park Avenue Armory in New York later that year, he told Art in America that the mountain represented a jumble of unnamed bodies—“You can’t imagine these people,” he said—whereas the gridded portions were where those humans were “alive.”
And in 2011, when he represented France at the Venice Biennale, he showed a work called The Wheel of Fortune, in which a moving loop lined with images of babies ran across a vast space filled with piping. Periodically, the loop would halt, an alarm would sound, and one of the pictures would be projected on a large screen.
During the course of his career, Boltanski was the subject of numerous solo shows held around the world. His most recent retrospective went on view in 2019 at the Centre Pompidou in Paris. Two editions each of the Venice Biennale and Documenta featured his work. The Noguchi Museum in Queens, New York, is currently showing a version of La Forêt des Murmures, a site-specific installation Boltanski created in Teshima, Japan, in 2016, featuring a set of brass bells intended to evoke the position of stars in the sky on the night the artist was born.
Boltanski had always been keenly aware of his own mortality, and this informed one of his most unusual works, a video piece called The Life of C.B. that was begun in 2011. Collector David Walsh commissioned it for his Museum of Old and New Art in Tasmania. The work is a 24-hour feed of Boltanski’s studio, with the artist receiving $2,500 a month until his death. With his passing on Wednesday, that project has officially come to an end.