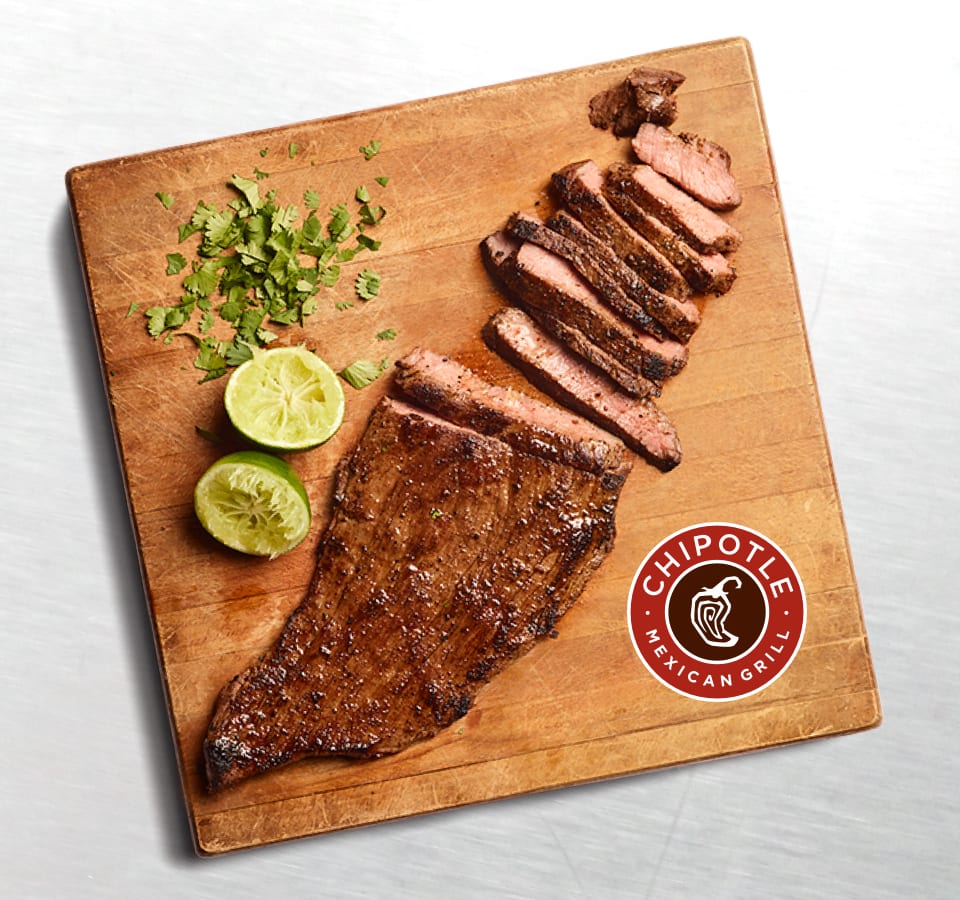 Chipotle’s carne asada protein optionSource: Chipotle Mexican GrillChipotle Mexican Grill is adding carne asada to its menus nationwide — for a limited time.It’s the chain’s first new protein since it added chorizo in 2016. Carne asada is a more tender cut of steak, cut into thin strips rather than chunks, and it will cost 50 cents more than Chipotle’s original steak, which already is one of the most expensive protein options customers have.Chipotle rewards members will be the first to sample the carne asada on Tuesday. The loyalty program, which launched in March and has more than 6 million members, helped the chain nearly double its digital sales last quarter. The menu item will be available to everyone starting Thursday and will be offered until supplies last.CEO Brian Niccol teased the addition of carne asada to the menu in July on the earnings conference call. Niccol served as the chief executive of Yum Brands’ Taco Bell, which is known for its imaginative limited-time offers, prior to taking the reins at Chipotle.”This is the start of many things to come,” said Stephanie Perdue, Chipotle’s vice president of marketing.Perdue said carne asada came at the top of the list of what Chipotle customers wanted. In tests in Cincinnati and Fresno, California, the item usually attracted different customers than those who usually included steak in their burritos and tacos.The next new item will likely be queso blanco, which began testing in Detroit, Dallas and San Diego in July. The white cheese dip is meant to replace its current queso.”We’re going to keep testing it this year, and then we’ll have it as an option for 2020,” Perdue said.