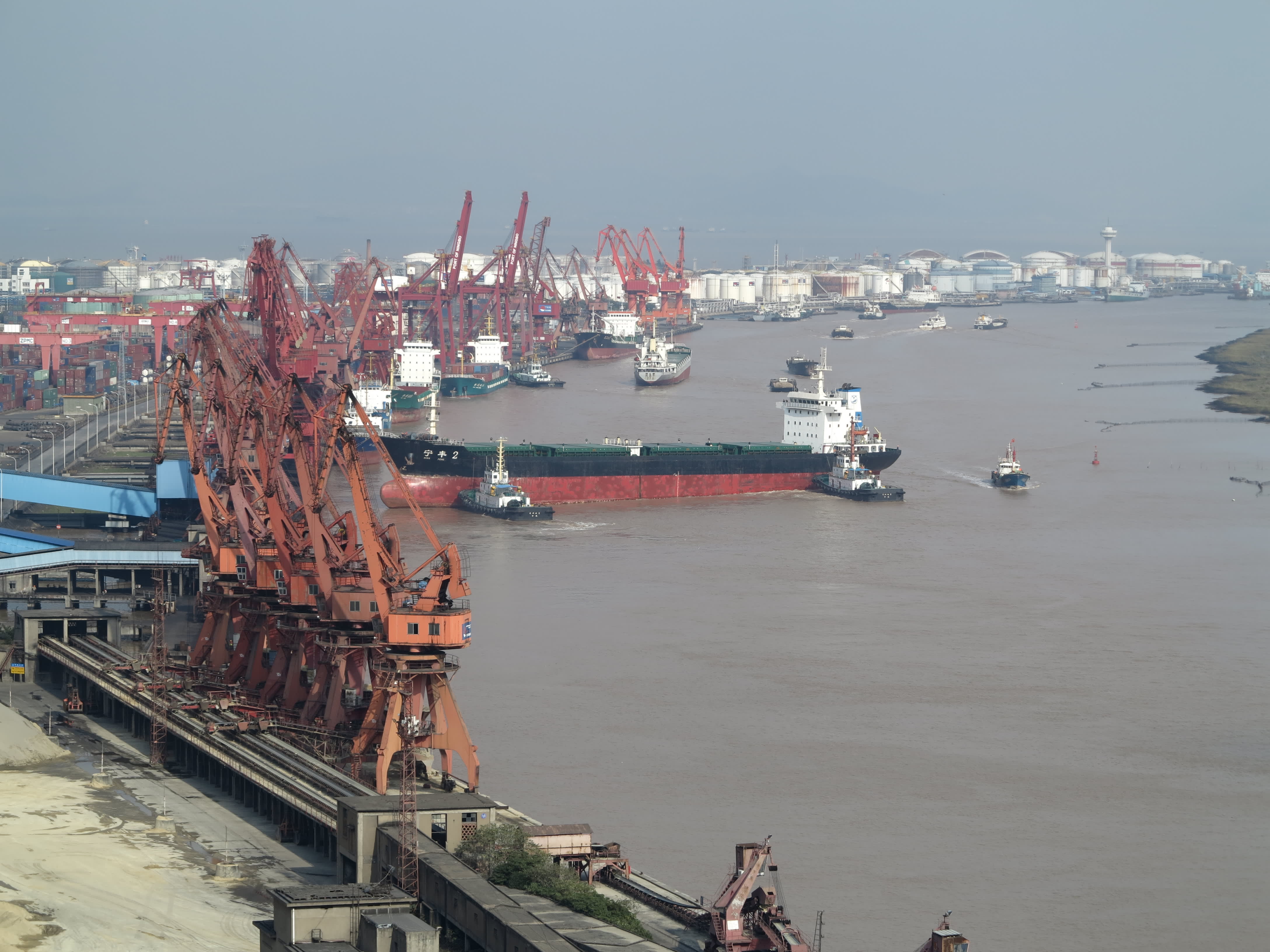 Heavy cranes at Ningbo Harbor in China.Philiphotographer | iStock | Getty ImagesChina has shut down a key terminal at its Ningbo-Zhoushan port, the third busiest port in the world, after one worker was found to be infected by Covid — a move that will likely put further pressure on already stretched supply networks.It was the second time this year that the country suspended operations at one of its key ports.Analysts say China’s “zero tolerance” approach toward Covid will exacerbate already stressed supply chains this year. Some warn that this may not be the last closure at a port as long as Beijing continues to take this stance.Dawn Tiura, CEO of Sourcing Industry Group — an association for the sourcing and procurement industry, said China’s stance will lead to “severe” supply chain consequences.”China has a zero tolerance for COVID. One person testing positive is enough to shut down (the) port,” she told CNBC in an email. Ningbo-Zhoushan is the third busiest in the world by container volume. In 2019, it handled 27.49 million twenty-foot equivalent units (TEUs) of container throughput, according to the World Shipping Council. Container volume in 2020 rose nearly 5% to reach 28.72 million TEUs.As long as authorities maintain this ‘zero Covid’ stance, the risk of sudden disruptions caused by testing or lockdowns will persist…Nick MarroEconomist Intelligence UnitAll inbound and outbound services at the Meishan terminal at the Zhoushan port were suspended on Wednesday until further notice, according to Chinese state media. The terminal is key to servicing shipments to Europe and North America. Supply chains have already been majorly disrupted this year by crises such as the shortage of shipping containers, and the Suez Canal incident. In June, Covid infections triggered disruptions at shipping hubs in Southern China, including the key Shenzhen and Guangzhou ports — the first time that China suspended operations at ports due to Covid cases.Implications of China’s ‘zero Covid’ stanceChina’s zero tolerance for Covid approach suggests that this latest port disruption may not be the last, said Nick Marro, lead of global trade at the Economist Intelligence Unit.”China’s ‘zero Covid’ approach means that officials will prioritise pandemic mitigation over everything else, especially given the highly contagious nature of the Delta strain, and the risks that the current outbreak poses to future economic performance over the third quarter,” he said in a note on Wednesday.”As long as authorities maintain this ‘zero Covid’ stance, the risk of sudden disruptions caused by testing or lockdowns will persist, which closely ties any hopes of normalcy to factors like national vaccination timelines,” he added.Read more about China from CNBC ProThe suspension of services at the Meishan terminal comes as container shipping rates continue to soar this year. Container shipping rates from China and East Asia to the west coast of North America have surged over 270% this year to over $15,800 per TEU, according to the Freightos Baltic global container freight index. Meanwhile, rates to the east coast have soared over 220% to hit over $17,500 per TEU, according to the index.Analysts warn that there will be further delays, and consumers will likely have to bear the costs as the holiday season approaches.Tiura pointed out that the earlier June Covid outbreak led to Shenzhen’s key Yantian terminal slashing 70% of exports as a result. It tripled the wait time for processing shipments from 3 days to 8 or 9 days. Given that Ningbo-Zhoushan is the third-largest container port in the world, this shutdown makes an already bad situation much worse.Dawn TiuraCEO, Sourcing Industry Group”If we experience something similar here, and the time to move ships through the port doubles or triples, we’ll see a substantial and long-term impact on exports that affects the holiday shopping season and furthers inflation,” she said. “Container shortages were already straining global supply chains. Given that Ningbo-Zhoushan is the third-largest container port in the world, this shutdown makes an already bad situation much worse,” Tiura said.She said container capacity will likely get more expensive, and shippers will likely pass costs on to consumers, heating up global inflation further ahead of the key holiday season. Mario Ciabarra, CEO of data analytics firm Quantum Metric, said retailers will face much uncertainty heading into the holiday season, and inventory challenges will be one of them.”Inventory levels will be retailers’ primary concern as they are faced with the decision to either have limited or no stock of certain items or manage higher costs associated with air shipping goods instead,” she told CNBC.Marro from the EIU also pointed to disruptions which will be compounded by key demand ahead of the holiday season.”Interruptions to trade not only pose problems for shipping and consumers, but also manufacturers who rely on critical imported components,” he said.— CNBC’s Iris Wang contributed to this report.