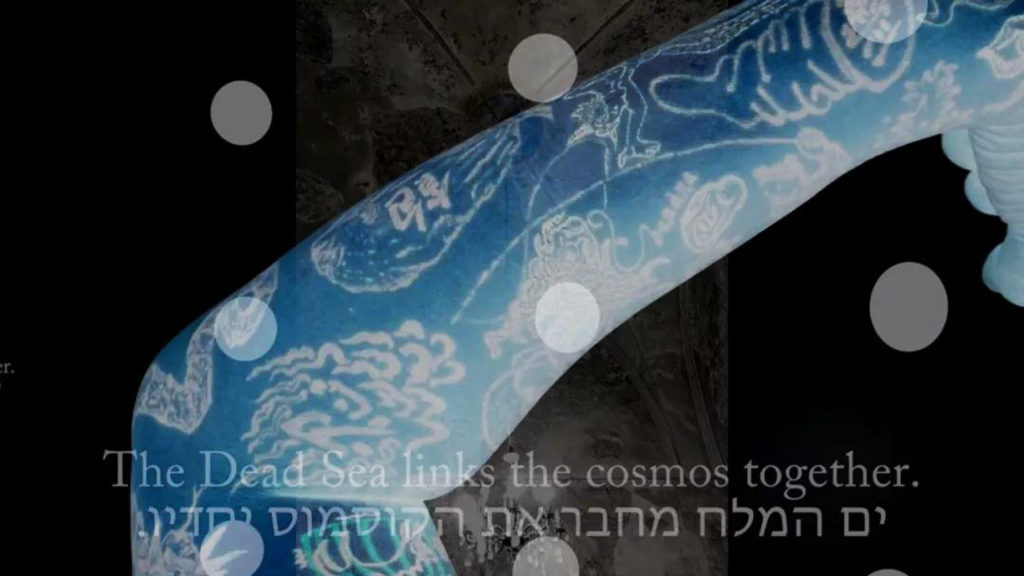 At a ceremony in Japan on Tuesday, Nomura Holdings revealed the inaugural winners of its newly launched Nomura Emerging Artist Award: Cheng Ran and Cameron Rowland.

Cheng, who is based in Huangzhou, China, produces mystical video installations that deal with the relationship between mythology and history. His 2015 installation In Course of the Miraculous, memorably shown at the New Museum in New York in 2016, featured nine hours of footage and pondered the stories of various disappeared peoples, including artist Bas Jan Ader and an explorer who went missing while climbing Mount Everest.

Rowland’s sculptures typically take the form of readymade objects that lay bare various histories—often in the form of lengthy texts that are included as part of his works’ titles—of systemic racism and oppression. The Queens-based artist’s exhibition at Artists Space—which featured minimalist objects shown as evidence of the U.S. prison-industrial complex’s exploitation of the incarcerated—was one of the most celebrated New York shows of 2016.

Kathy Halbreich, a member of the prize’s jury and the executive director of the Robert Rauschenberg Foundation, said in a statement, “It is extraordinary and admirable that Nomura has based this award program on the concepts of change and challenge. For the Nomura Emerging Artist Award, the jury has responded by selecting two artists of high purpose, exceptional intellectual ambition, and profound sensitivity to the fast-moving currents of today’s world.”

Halbreich served on the jury with Doryun Chong, the deputy director of curatorial operations and chief curator of the M+ museum in Hong Kong; Yuko Hasegawa, the artistic director of the Museum of Contemporary Art Tokyo; Max Hollein, the director of the Metropolitan Museum of Art in New York; Nicholas Serota, the chair of the Arts Council England; and Allan Schwartzman, the founder and principal of Art Agency, Partners, a division of Sotheby’s.

In October, Nomura Holdings will name the winner of the first Nomura Art Award, which comes with $1 million. According to a survey from earlier this year by ARTnews, that award is now the biggest art prize in the world.