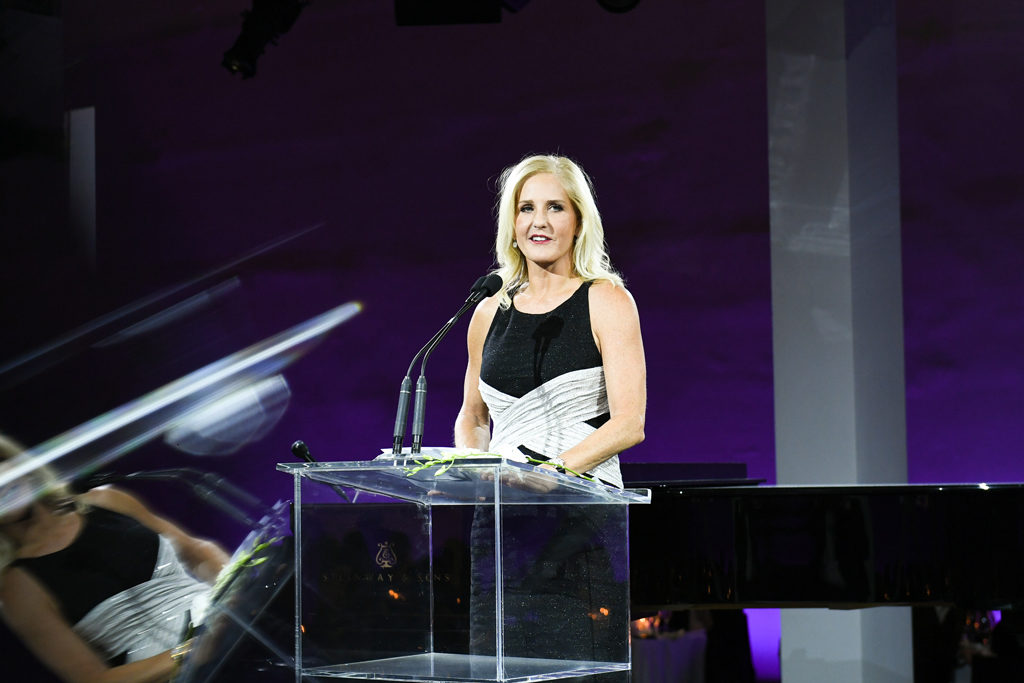 Carolyn Clark Powers donated $10 million to the Museum of Contemporary Art in Los Angeles to make the institution admissions free.

The Museum of Contemporary Art in Los Angeles hosted its annual gala on Saturday, the first under the aegis of recently appointed director Klaus Biesenbach. Timed to the institution’s 40th anniversary, the evening—buoyant even under grey skies and a light patter of rain—came with some major news: a $10 million birthday present that will make admission to the museum free.

Much has been said about MOCA over the past decade, particularly in the last year or so—after the museum canceled its 2018 gala when artist Mark Grotjahn declined to be honored, citing a lack of diversity among previous honorees. Matters further devolved when then-director Philippe Vergne fired chief curator Helen Molesworth—leading to Vergne himself stepping down and Biesenbach being picked as his replacement after a lengthy tenure leading MoMA PS1 in New York.

Saturday’s gala, now dubbed a “benefit,” sought to emblematize the first major signs of positive change at MOCA, which included news of the gift as well as the unveiling of “The Foundation of the Museum: MOCA’s Collection,” a survey of the museum’s permanent holdings organized by senior curator Bennett Simpson.

“I think the future of MOCA is getting back to serving art and serving community—that’s the message,” artist and board member Catherine Opie told ARTnews. “It’s all about opening up the museum and what MOCA stood for when it started. I think people are feeling really good about everything. I’ve been trying to take a beat from people I know, people that work inside the museum, as well as the perspective outside of MOCA. I have to say that, so far, everyone’s been giving the thumbs up.” 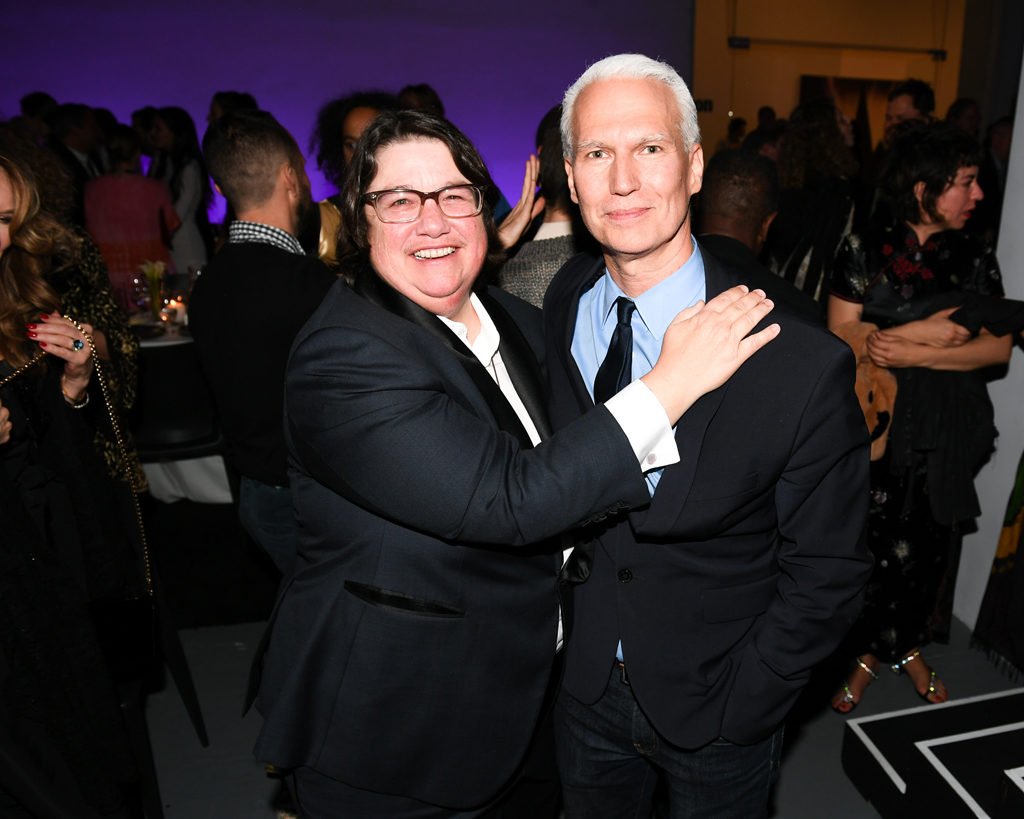 Catherine Opie and Klaus Biesenbach at the 2019 MOCA Benefit.

Biesenbach, who darted about the stanchions near the entrance of MOCA’s Geffen Contemporary space like a soccer goalie catching guests as they arrived, echoed the sentiment. “I want to see MOCA’s future to be aligned mission-wise to support artists and to be there for the community,” Biesenbach said. “It means being open and being very generous to the artist community, because we owe them. They’re why we’re here, and that’s the reason that this evening is honoring them.”

Attendees included artists, dealers, curators, donors, and celebrities from TV, film, and fashion, all clustered in archipelagos across the courtyard of the Geffen during the cocktail hour. Ricky Martin, Sharon Stone, and Courtney Love were there. Orlando Bloom and Katy Perry flitted about. Billy Idol and China Chow chatted with Keanu Reeves and Alexandra Grant. 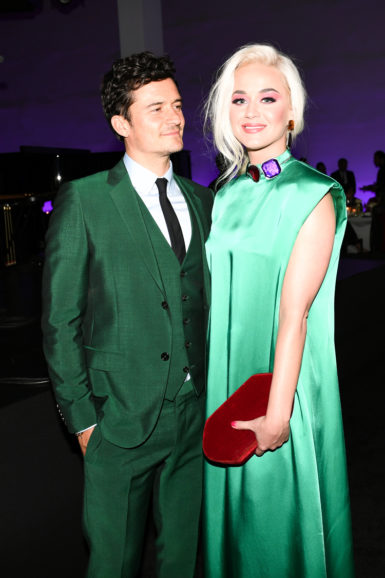 Orlando Bloom and Katy Perry, at the 2019 MOCA Benefit.

“I was a little bit upset because I had tickets to see Speed tonight at Cinespina,” said Sprüth Magers director Marta Fontolan, speaking of the outdoor screening series held at Hollywood Forever cemetery. “Then I get here and the first person I see is Keanu.”

Biesenbach thanked still more artists in attendance during his lengthy dinner speech, taking the microphone from the stage and darting around the room to embrace many of them as he spoke, including Betye Saar, Paul McCarthy, Thomas Demand, Andrea Zittel, and Martine Syms. Plus Grotjahn, to whom Biesenbach said, “You made me rethink how I look at my life.”

Guests were canalized from the cocktail reception to the dinner inside through a performance by Allora & Calzadilla, originally titled Temperament of the Wolf (2014) and reworked for the benefit as a gesture of openness. For dinner, a long continuous table snaked around the interior, allowing for everyone to be seated at “Table 1” (the two or three Fire Marshal-ordered gaps notwithstanding). On each chair, Biesenbach and a small group of volunteers, including the artist Jones Allen and actor Charlie Carver, had placed a single orchid bloom earlier in the day.

Patti Smith lingered by the entrance to the performance, chatting with her bandmate Lenny Kaye. “It’s my first time at the museum since [Biesenbach has] been here, and he’s already made some really positive transformations,” Smith said. “He has strong transformative powers. He has tremendous energy. He’s benevolent, generous, community-oriented, and devoted to art.” 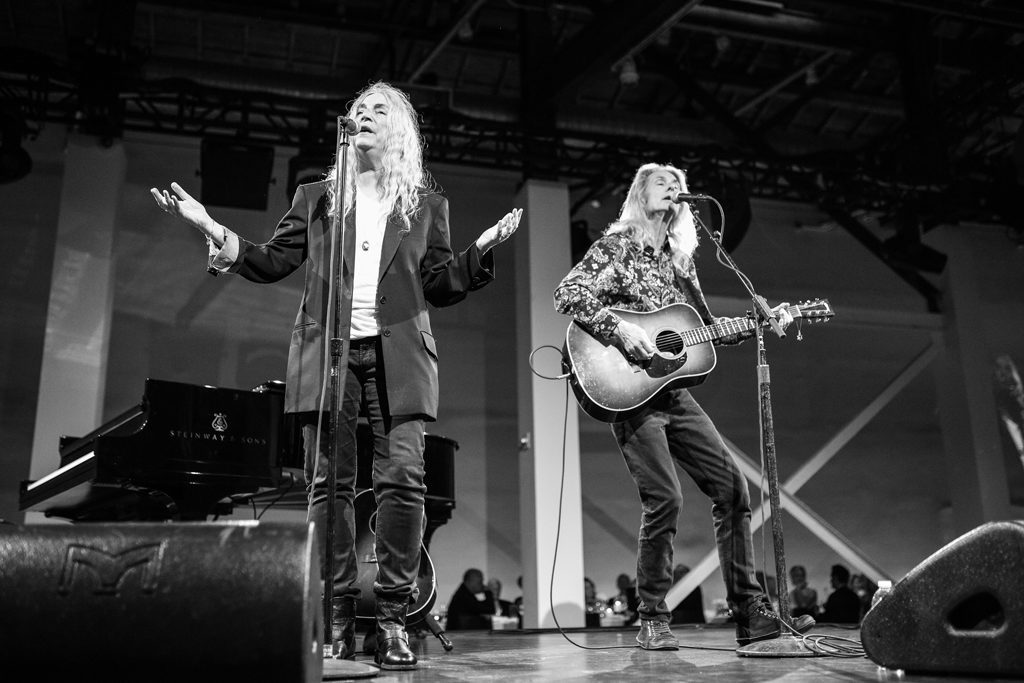 Patti Smith and Lenny Kaye performing at the 2019 MOCA Benefit.

The biggest surprise of the night came when recently appointed MOCA board president Carolyn Clark Powers took the stage to speak and turned visibly emotional when talking about the impact of art on her own life. “Every person deserves to be inspired by new perspectives and concepts that awaken them through exposure to the arts,” Powers said. “So it gives me great joy to announce my birthday gift to MOCA of $10 million dollars.” Her vow met with a standing ovation even before she could add that the gift is specifically aimed to make general admission to the museum free for all. (Adult tickets are currently $15.) More ovation followed—plus performances by Smith and Rufus Wainwright.