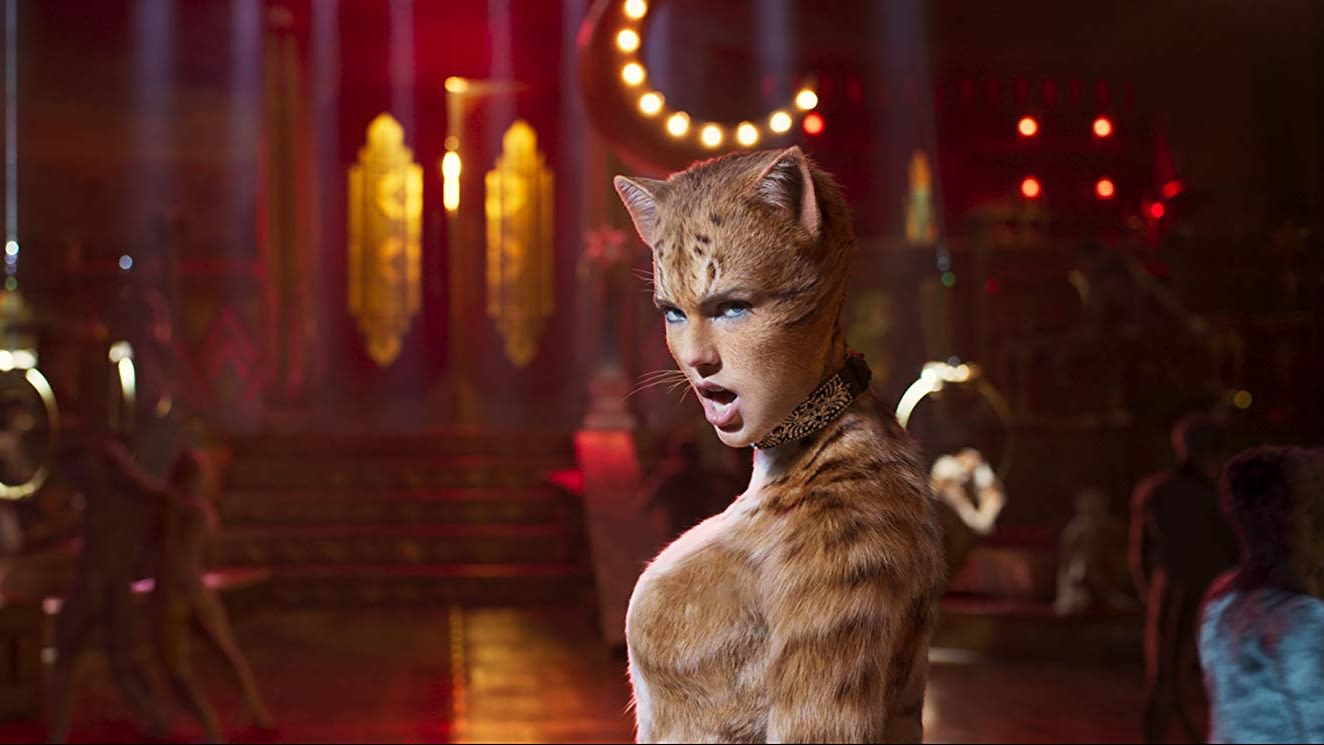 Taylor Swift as Bombalurina in “Cats.”

“Cats” seemed to have it all — a stellar cast, memorable music from a Tony Award-winning Broadway show and the careful guidance of acclaimed director Tom Hooper.

Then Universal released its first trailer.

Either “Cats” will be a masterpiece that critics have yet to realize or it will be a nightmarish fever dream of film that tanks at the December box office.

The film is based on “Cats,” a musical composed by Andrew Lloyd Webber (“Phantom of the Opera”) and is based on T.S. Eliot’s “Old Possum’s Book of Practical Cats,” a book of poems about cats. Webber’s musical debuted in 1981 and took home the Tony for best musical.

The cast that Hooper assembled for the 2019 reimagining is an impressive one. Taylor Swift, Rebel Wilson, Judi Dench, James Corden, Ian McKellen, Idris Elba, Jason Derulo and Jennifer Hudson are set to star alongside some of the world’s greatest dancers in film, which will be released on Dec. 20.

However, if the first reaction from moviegoers is any indication, “Cats” could be headed toward disaster.

Hooper had long teased that the film would not be using the iconic costumes from the Broadway musical. Instead, in post-production a team of animators would use “digital fur technology” to add fur to the actors.

Francesca Hayward as Victoria in “Cats.”

The reality of this technology is less charming and more creepy in the eyes of many possible audience members, who took to social media after the trailer’s release on Thursday to comment.

“No one has seen the actual movie,” Paul Dergarabedian, senior media analyst at Comscore, said. “It’s obviously very stylized. There are so many ways you could do this film and they took a very specific path, which, of course, is going to polarize audiences.”

Of course, there are those that found the trailer to be creepy, yes, but also campy in a way that makes them excited to see the final product.

“Theater geeks and Broadway aficionados are collectively licking their chops, but the multiplex masses will be a much more difficult sell,” Jeff Bock, senior box office analyst at Exhibitor Relations, said. “It’s catnip to those that already love the show, however [it] may liken itself to Razzie-fodder for the uninitiated.”

Razzies, short for the Golden Raspberry Awards, is a parody award ceremony that honors actors and filmmakers for terrible cinematic performances or movies.

“Cats” is by no means the first film, even this year, to elicit such a polarizing response. “Sonic the Hedgehog,” “Men in Black: International” and “The Lion King,” have all made headlines because of their visuals.

In the case of “Sonic,” fans were so unhappy with how the video game character was designed for the film that Paramount decided to revamp the entire design and pushed the movie’s release from November 2019 to February 2020.

Critics also felt that the new “Men in Black” relied too heavily on CGI rather than the practical special effects that made the original films so charming.

Additionally, there was a lot of a chatter ahead of “Lion King’s” release. Many critics agreed that the film was beautifully rendered, but felt disconnected when the realistic lions, warthogs and hornbills began singing.

“CGI at its best is invisible,” Dergarabedian said.

“Cats” is being released on the same day as “Star Wars: The Rise of Skywalker,” one of the most hotly anticipated films of the year. However, this match up might not signal defeat for “Cats.” Often studios will release films that are completely different from films like “Star Wars” in an effort to attract audiences that would skip big box office blockbusters.

Still, the die-hard Broadway fans will likely set the tone for how this film will perform at the box office.

“Everyone is basing how they feel about it based on its trailer,” Dergarabedian said. “How many movies have we seen a trailer that looks amazing and the movie disappoints?”