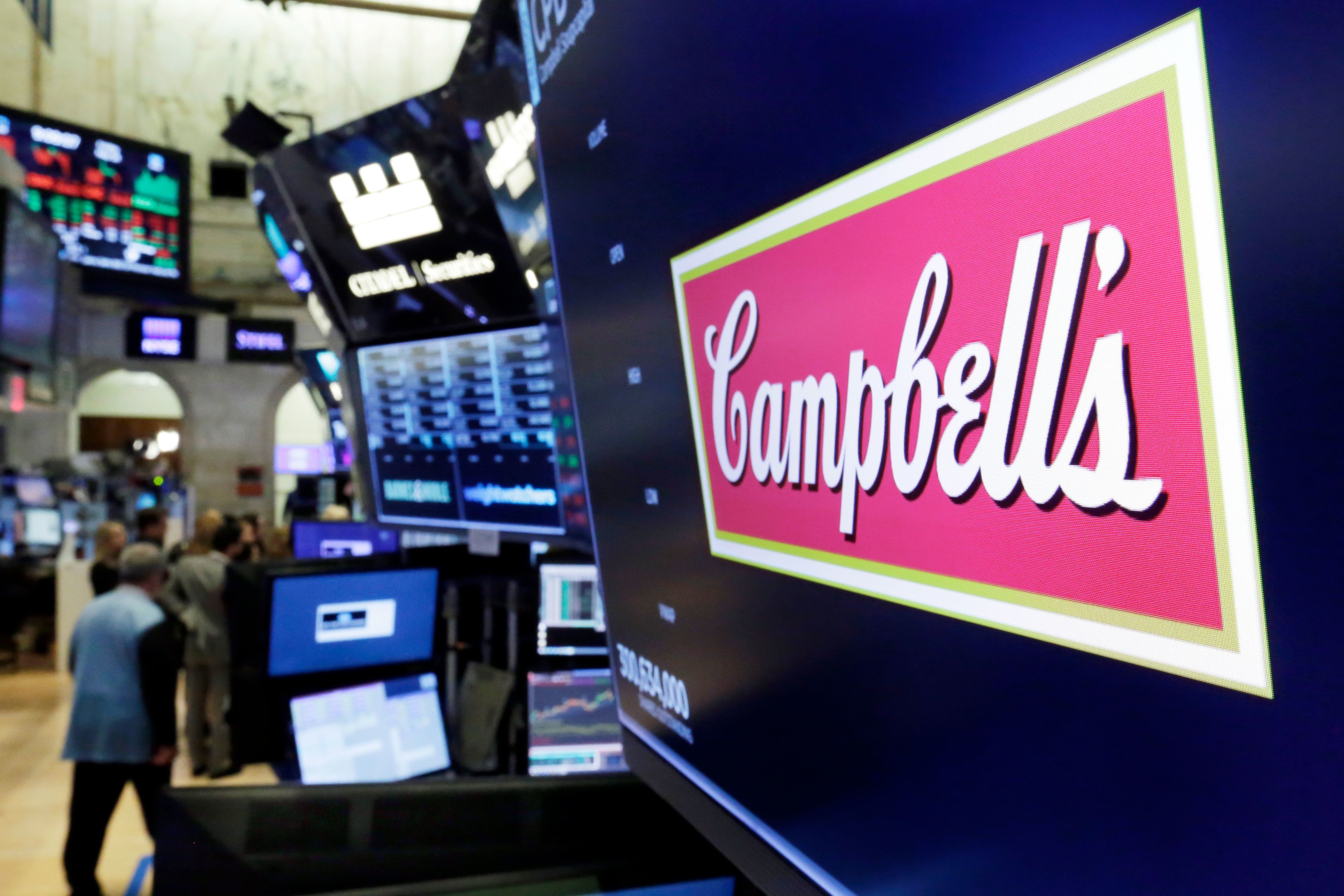 The logo for Campbell’s Soup appears above a trading post on the floor of the New York Stock Exchange.

Campbell Soup raised its profit forecast for the year on Wednesday after its quarterly earnings beat estimates on stronger sales of its growing range of snacks, sending its shares up nearly 10%.

The 150-year-old food company, struggling with slowing demand for the soups which made its name, has been doubling down on its snack segment, increasing marketing investment, product launches and acquisitions.

The company also launched marketing campaigns for Snyder’s of Hanover pretzels and Kettle chips while introducing the Epic Crunch line of nachos and crackers under its Goldfish brand.

Sales in global biscuits and snacks jumped 37% to $1.15 billion in the third quarter.

Campbell’s meals and beverage category, the biggest and most profitable segment that includes the soup business, also showed signs of improvement in the quarter. Organic sales growth in the segment was flat compared to declines in the last nine quarters.

“Change will not happen overnight, but we are building confidence that we can win in soup again,” Chief Executive Officer Mark Clouse said.

For the full year, Campbell expects adjusted profit between $2.50 and $2.55 per share, compared with prior forecast of $2.45 and $2.53, factoring in strong results, the impact of its fresh business divestitures and lower interest expense.

Chief Financial Officer Anthony DiSilvestro said he expected full-year costs to rise by $2 million-$4 million, if the proposed tariffs on imports from Mexico were levied on the ingredients and packaging items it imports from the country.

Excluding items, the company earned 56 cents per share, beating the average analyst estimate by 9 cents, according to IBES data from Refinitiv.