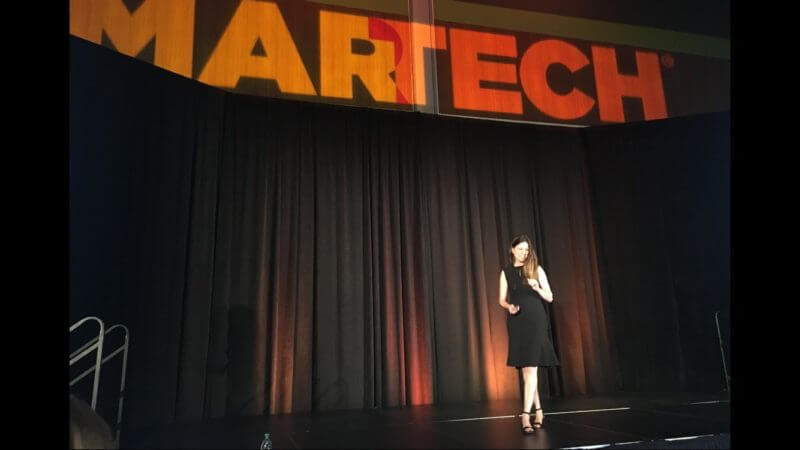 SAN JOSE, CA — Rachel Beck had led Cisco Meraki’s demand gen team for just over a year when she was named the global manager of marketing operations in April 2018. The newly appointed marketing ops leader was put in charge of building a team that would oversee the tools, processes and systems to power Cisco Meraki’s marketing team — something the company previously did not have.

“I was spending a lot of time on things that were foundational,” said Beck of her previous role before being named global manager of marketing operations. When the CMO realized Beck was more focused on foundational issues than demand gen priorities, he knew it was time to put a marketing ops team in place.

“Before the team existed, we had a queue of things to work on,” said Beck. She started by listing all the projects the team could potentially be giving time to, and of those, which ran the greatest risk of putting the company in jeopardy if they didn’t get done.

“You have to access and prioritize because there is no end to the things you could do.”

Finding the right talent. In the 13 months Beck has been leading the marketing ops team, she has developed six roles. Her advice: learn to look far and wide for the right talent, but know that new hires may be available internally.

“Even if you’re starting a new team, don’t overlook resources that already exist within your company,” said Beck. When hiring for a new role, Beck tries to be as truthful as possible about the position.

“I try to be as specific and honest as I can in the job descriptions,” said Beck, noting that this hiring tactic may result in fewer candidates, but a better pool of potential hires.

“It’s counter-intuitive in some ways,” said Beck. “Instead of selling a role, you’re often saying we don’t know how to do this and hoping you do.”

Creating a mission and putting processes in place to support it. Beck admits that a mission statement isn’t going to get the work done, but does believe it helps the entire team understand what their purpose and set goals. She wrote the following mission statement for her group: “Our mission is to empower marketers and delight customers by intelligently scaling the department, maximizing marketing effectiveness and reducing operational friction.”

To keep her team on track and focused on its mission, she created a process to determine which projects they would take on and which were not worthy of her team’s effort. The process involves four primary requirements:

Beck said her CMO made it clear early on he didn’t want the marketing ops team to be a catch-all for every issue that came up, so she developed this process to set guidelines on how other departments should engage with her team.

Lessons learned. After a year into her role, Beck has learned a number lessons, starting with the importance of having a mission statement and using it to inform your goals. She also said getting buy-in from top management is crucial.

“Does the highest person in my company have at least some idea of what we do and why we do it?”

Beck said it’s important to be transparent. That the customer is always right (the customer being the internal teams that submit requests to marketing ops), but they still might not get what they want. Her team has to focus on the greater good. For example, marketing ops teams may have to control admin privileges for marketing tools, but such decisions benefit the entire organization, making processes more efficient for all marketers.

“People are angsty about not having access to marketing automation, but the greater good is we need to reduce risk and have governance in place.”