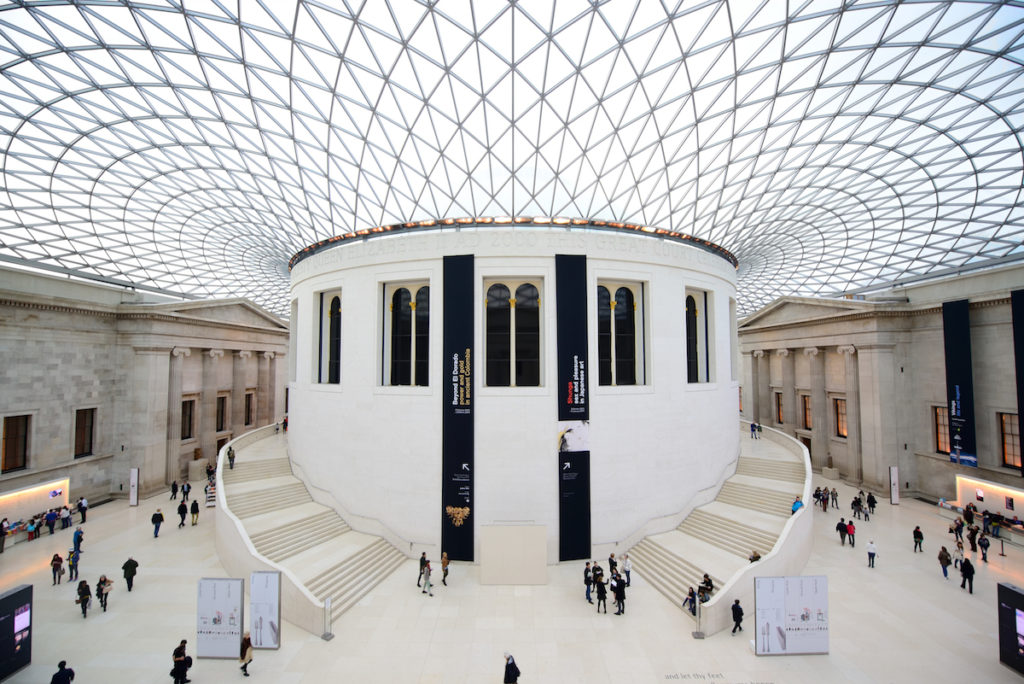 Inside the British Museum.

At a press conference on Monday, Hartwig Fischer, who helms the British Museum in London, said the institution will continue working with its longtime sponsor BP. According to The Art Newspaper, Fischer said that support from the oil giant has helped the museum “create learning opportunities,” adding, “This sort of support is vital to [the British Museum’s] mission.”

BP will sponsor the museum’s upcoming exhibition “Troy, Myth and Reality,” which opens in November; it will not be funding another future show focused on the people of the Arctic.

The director’s statements come on the heels of the release of an open letter, signed by 78 artists, demanding that London’s National Portrait Gallery cut its ties with BP, which funds its annual Portrait Award.

Nicholas Cullinan, director of the National Portrait Gallery, has expressed sentiments similar to those of Fischer. He said in a statement last week, “BP’s long-term support for the Portrait Award directly encourages the work of talented artists across the world. We continually aim to expand our list of corporate supporters and find new funding partners, although attracting new sponsorship is challenging in the current economic conditions.”

The activist group BP or not BP? has been staging performance-protests at the British Museum since 2012, calling on the institution to stop accepting funds from the oil company. Some of the BP or not BP?’s actions at the museum have also centered on the provenance of certain objects in the institution’s collection and included calls for repatriation.

ARTnews has reached out to BP or not BP? for comment.