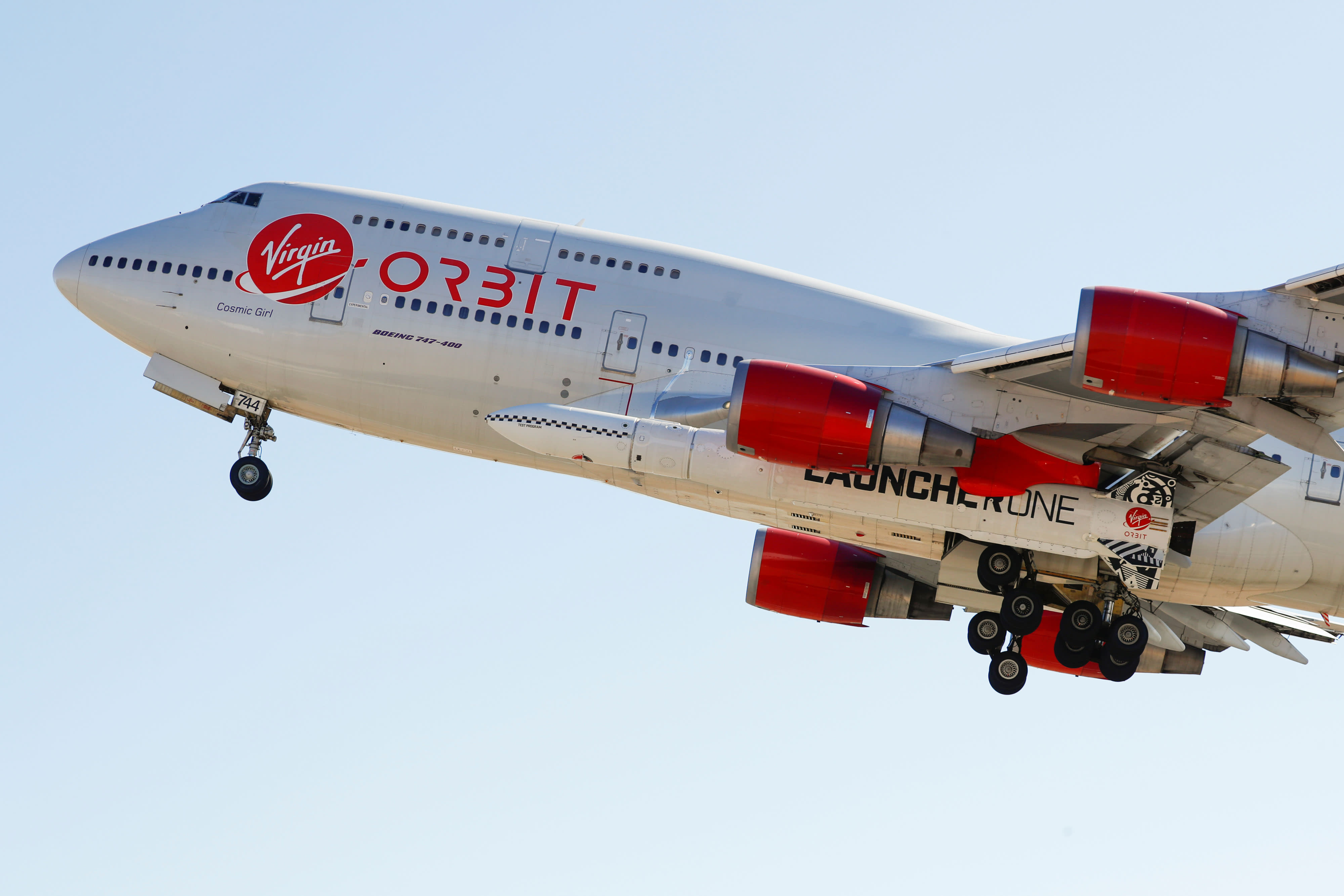 Richard Branson’s Virgin Orbit, with a rocket under the wing of a modified Boeing 747 jetliner, takes off for a key drop test of its high-altitude launch system for satellites from Mojave, California, July 10, 2019.Mike Blake | ReutersVirgin Orbit, the satellite-launching spinoff of Sir Richard Branson’s Virgin Galactic, is in advanced discussions to go public at about a $3 billion valuation through a SPAC led by a former Goldman Sachs partner, CNBC confirmed Saturday.The company is in talks on a deal with NextGen Acquisition II, a person familiar with the discussions told CNBC. NextGen II is a special purpose acquisition company co-led by George Mattson, who previously co-led Goldman’s global industrials group, and former PerkinElmer chairman and CEO Gregory Summe.Sky News first reported the talks on Saturday, saying a deal is expected to be announced in the coming weeks. Virgin Orbit declined CNBC’s request for comment.The company is a spin-off of Branson’s space tourism company Virgin Galactic. Virgin Orbit is privately held by Branson’s multinational conglomerate Virgin Group, with a minority stake from Abu Dhabi sovereign wealth fund Mubadala.The company’s first demonstration launch in May 2020.Greg Robinson | Virgin OrbitVirgin Orbit uses a modified Boeing 747 aircraft to launch its rockets, a method known as air launch. Rather than launch rockets from the ground, like competitors such as Rocket Lab or Astra, the company’s aircraft carries its LauncherOne rockets up to about 45,000 feet altitude and drops them just before they fire the engine and accelerate into space – a method the company touts as more flexible than a ground-based system.LauncherOne is designed to carry small satellites that weigh up to 500 kilograms, or about 1,100 pounds, into space. Virgin Orbit completed its first successful launch in January, and plans to conduct its second later this month.Next Gen II raised $350 million when it completed its initial public offering in March, as well as an additional over-allotment closing of $33 million in April, for a total of $383 million. The funds would largely go to help Virgin Orbit scale its business. Virgin Orbit CEO Dan Hart told CNBC in October that the company was seeking to raise about $150 million in fresh capital.Branson took Virgin Galactic public through a SPAC deal in 2019 with billionaire investor Chamath Palihapitiya.Become a smarter investor with CNBC Pro.Get stock picks, analyst calls, exclusive interviews and access to CNBC TV. Sign up to start a free trial today.

Biogen Alzheimer’s drug and the battle over dementia treatment of the future
GM, Ford are all-in on EVs. Here’s how their dealers feel about it
To Top
error: Content is protected !!