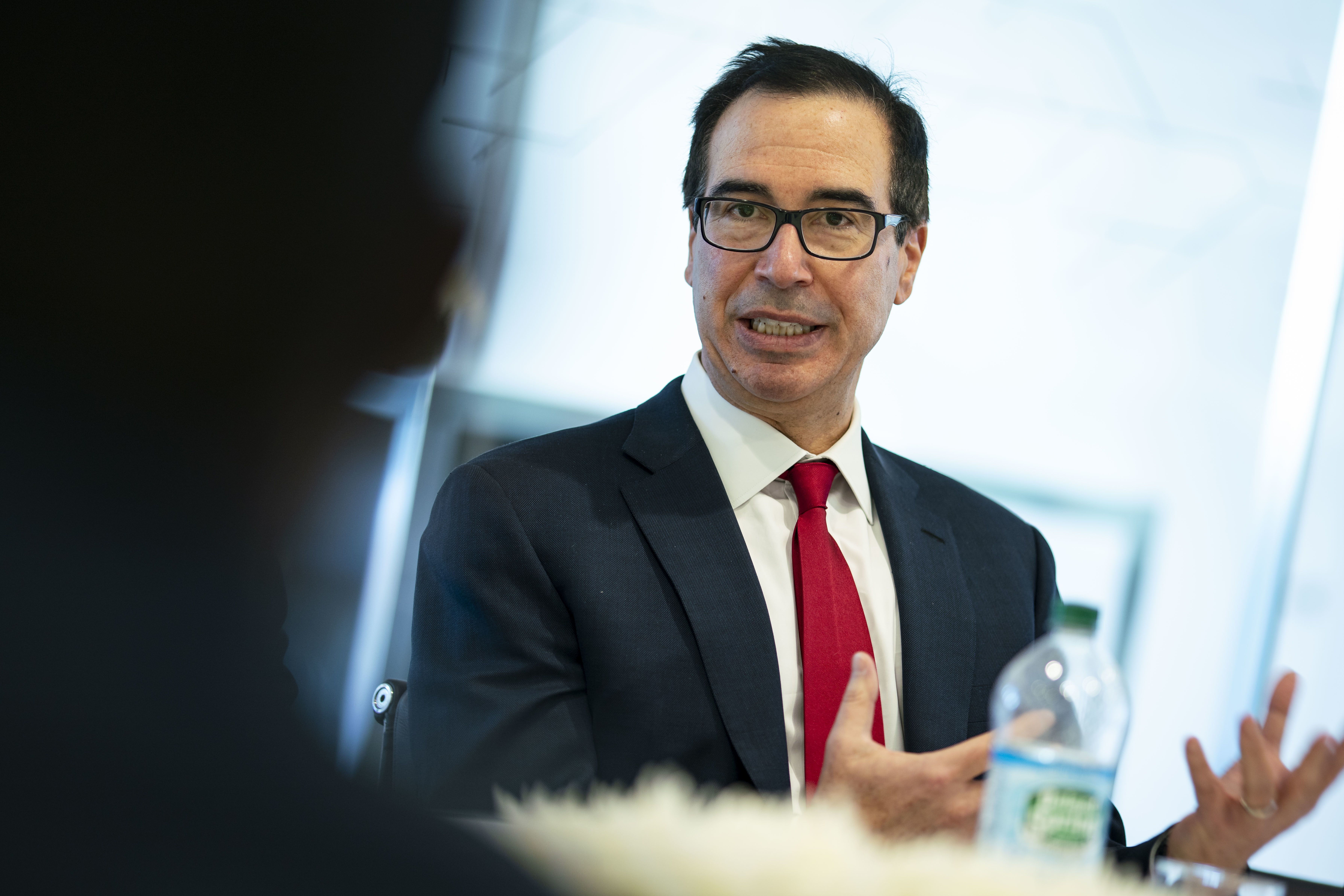 Investors have been warning that the bond market is indicating a deteriorating economic outlook, but Treasury Secretary Steven Mnuchin disputed that interpretation in CNBC interview.

Mnuchin believes that falling bond yields, rather than warning of a recession, are indicating that the Federal Reserve will cut interest rates in the coming months. Bond yields fell to 20-month lows last week after government data showed U.S. job creation slowed more than expected in May.

“I would say that the bond markets are predicting … a lowering of interest rates,” Mnuchin said in an interview Sunday on CNBC’s “Street Signs Asia. “

Mnuchin noted that he did not intend to comment on whether interest rates should be lowered, saying that he wants “to respect” the independence of the Federal Reserve. Mnuchin meets weekly with Fed Chairman Jerome Powell. On Monday, President Donald Trump told CNBC the Fed made a mistake raising rates in December and is “very disrputive” to the economy.

Investor expectations of a June rate cut from the Fed rose last week to 27.5%, according to the CME Group’s FedWatch tool. The market gives July a 79% chance of a Fed rate cut.

Mnuchin said the global economy is now in an environment where “interest rates are very low around the world,” which is what investors are “seeing in the U.S. bond markets.” But the Treasury sees “no signs of a recession” in the U.S. economy, Mnuchin said, even as his department is “somewhat concerned about what we see as a slowdown in Europe, China and other areas of the world.”

“We still see the growth in the U.S. as really quite strong,” Mnuchin added.

One Health uses precision medicine to treat dogs with cancer