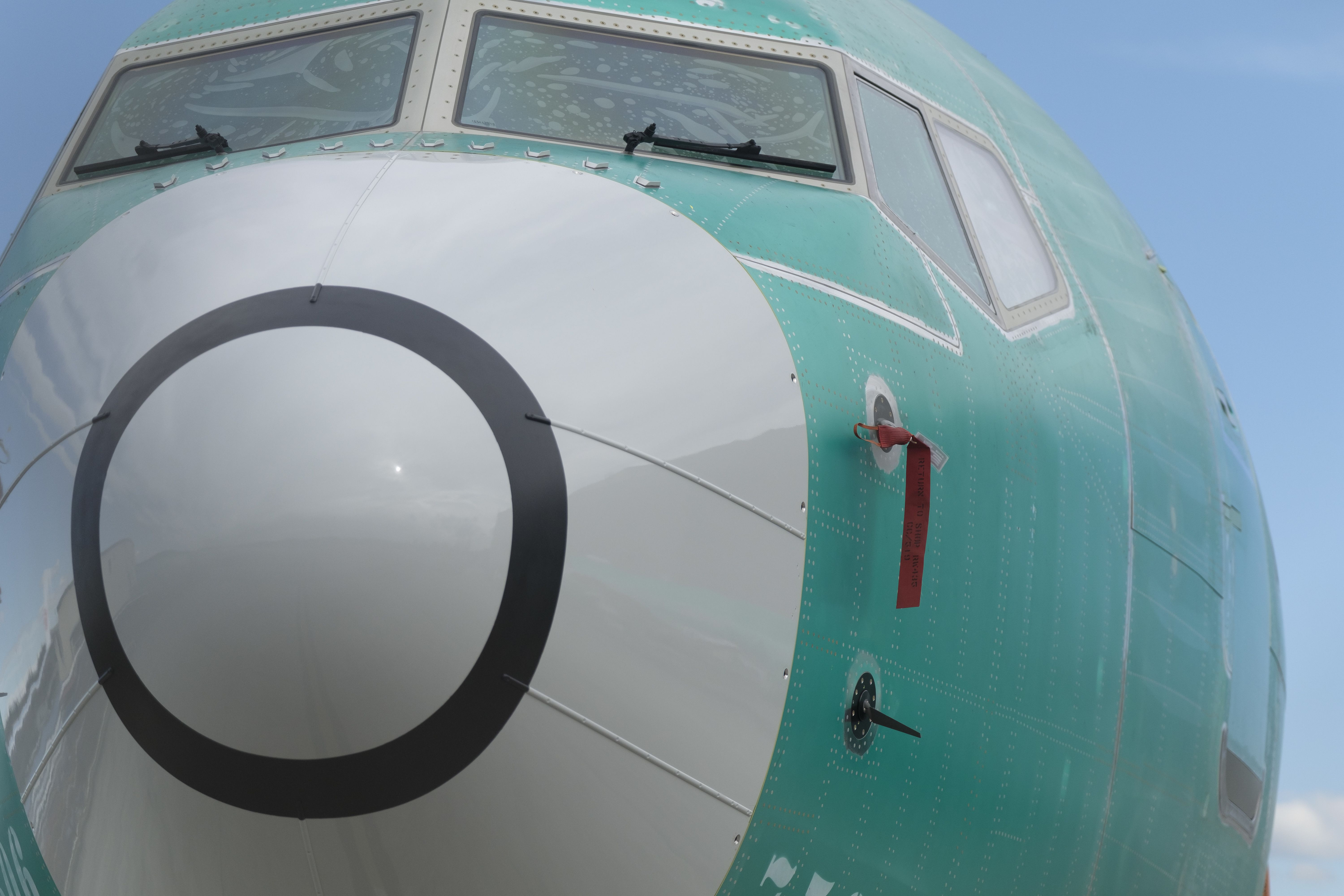 One of two sensors that measures the angle of attack is pictured at bottom on a Boeing 737 MAX 8 airplane outside the company’s factory on March 22, 2019 in Renton, Washington.

Boeing shares slipped to the lowest point in nearly five months Monday after the Federal Aviation Administration said the wings of more than 300 Boeing 737 planes may contain faulty parts.

The FAA said Sunday that it will to order airlines to replace the pieces in question, a process Boeing estimates would take a day or two. Boeing’s currently grounded 737 Max planes and some of the older 737 NG models are affected.

Boeing shares fell more than 2% to an intraday low of $330.67 in morning trading Monday, the lowest level since Jan. 7. The stock was the biggest loser in the Dow Jones Industrial Average, shaving more than 40 points off the index.

The issue is the latest to hit Boeing’s workhorse single-aisle aircraft. Aviation authorities worldwide grounded the latest model, the Boeing 737 Max, after the second of two fatal crashes of the aircraft in less than five months.

The slats are pieces on the front of the wing and move along a track to create lift. They are important during take-off and landing. These tracks may have been “improperly manufactured” by a Boeing supplier, the FAA said, adding that a total failure of this part “would not result in the loss of the aircraft” but that it could damage the aircraft.

The quarter won’t be good, but buy this stock