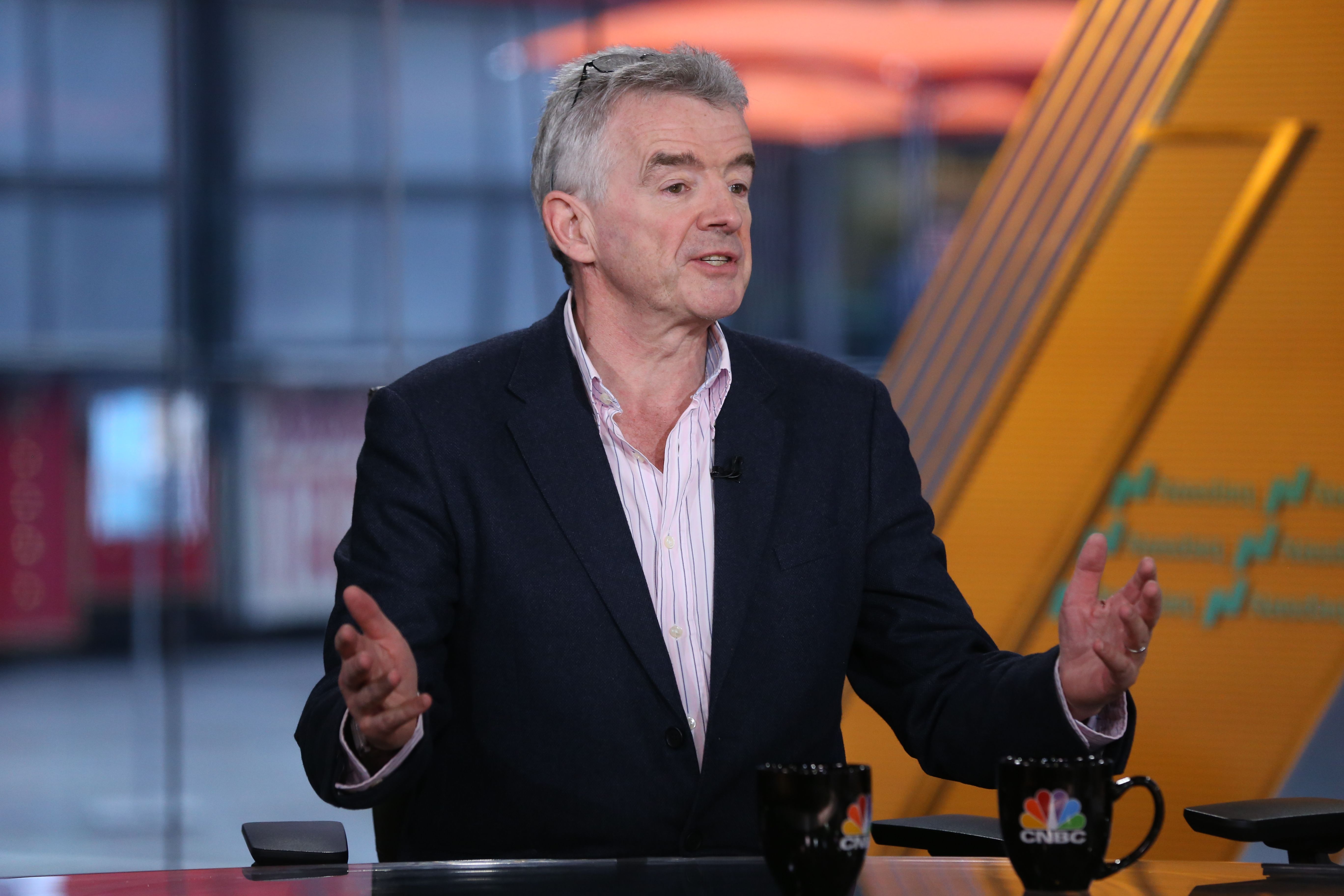 Ryanair CEO Michael O’Leary warned on Monday that the prolonged grounding of the Boeing 737 Max could lead to job cuts and slash the low-cost airline’s growth prospects next year.

Boeing halted deliveries of the jets in March after two deadly 737 Max crashes within five months of one another. That has meant airlines like European budget carrier Ryanair, cannot grow their operations as planned. Regulators have not said when they will allow the planes to fly again.

Ryanair executives expected 58 of the planes for the summer of 2020, O’Leary said on an earnings call.

“It may well move to 20, it could move to 10, and it could well move to zero if Boeing don’t get their s— together pretty quickly with the regulator,” O’Leary said.

Regulators ordered airlines to stop flying the planes, Boeing’s bestseller, following an Ethiopian Airlines Max crash on March 10, less than five months after a Lion Air Max went down in Indonesia shortly after takeoff. Together the two crashes killed all 346 people on board.

Investigators in both crashes implicated flight-control software Boeing added to the planes, an upgraded version of its workhorse jet that’s been flying since the 1960s. Boeing told investors last week it is testing the software and expects to submit the fixes to the Federal Aviation Administration for approval in September.

Airlines around the world that ordered the 737 Max, eager to expand flying with the fuel-efficient jetliners, have canceled thousands of flights during the peak vacation travel season and are grappling with lost revenue since they were grounded in mid-March.

Boeing did not immediately return a request for comment.

Ryanair isn’t the only airline concerned about the effects grounding, now in its fifth month, spilling into next year. Southwest Airlines, which operates an all-Boeing 737 fleet, said last week it plans to take its new, but still-grounded Max planes out of its schedule until early January. American Airlines warned investors last week that it expects the grounding will cost it $400 million in pretax earnings this year, $50 million more than it forecast in April.

O’Leary’s comments highlight growing frustration among carriers left without their new planes, even as Boeing tries Boeing tries to quantify compensation for airlines and leasing firms.

The manufacturer, which has sold more than 4,000 of the planes, said it could suspend already-reduced production altogether if the return to service is later than early in the fourth quarter.

Boeing’s charges don’t include what it may have to pay as a result of dozens of lawsuits. The company, along with the FAA, is also facing numerous investigations over how the plane was certified two years ago. The regulator has faced criticism from lawmakers over the close ties between Boeing and the agency and Boeing employees’ participation — a long-standing practice — in the certification process.

FAA officials on Wednesday morning are scheduled to face questions from a Senate transportation panel about oversight of the agency.