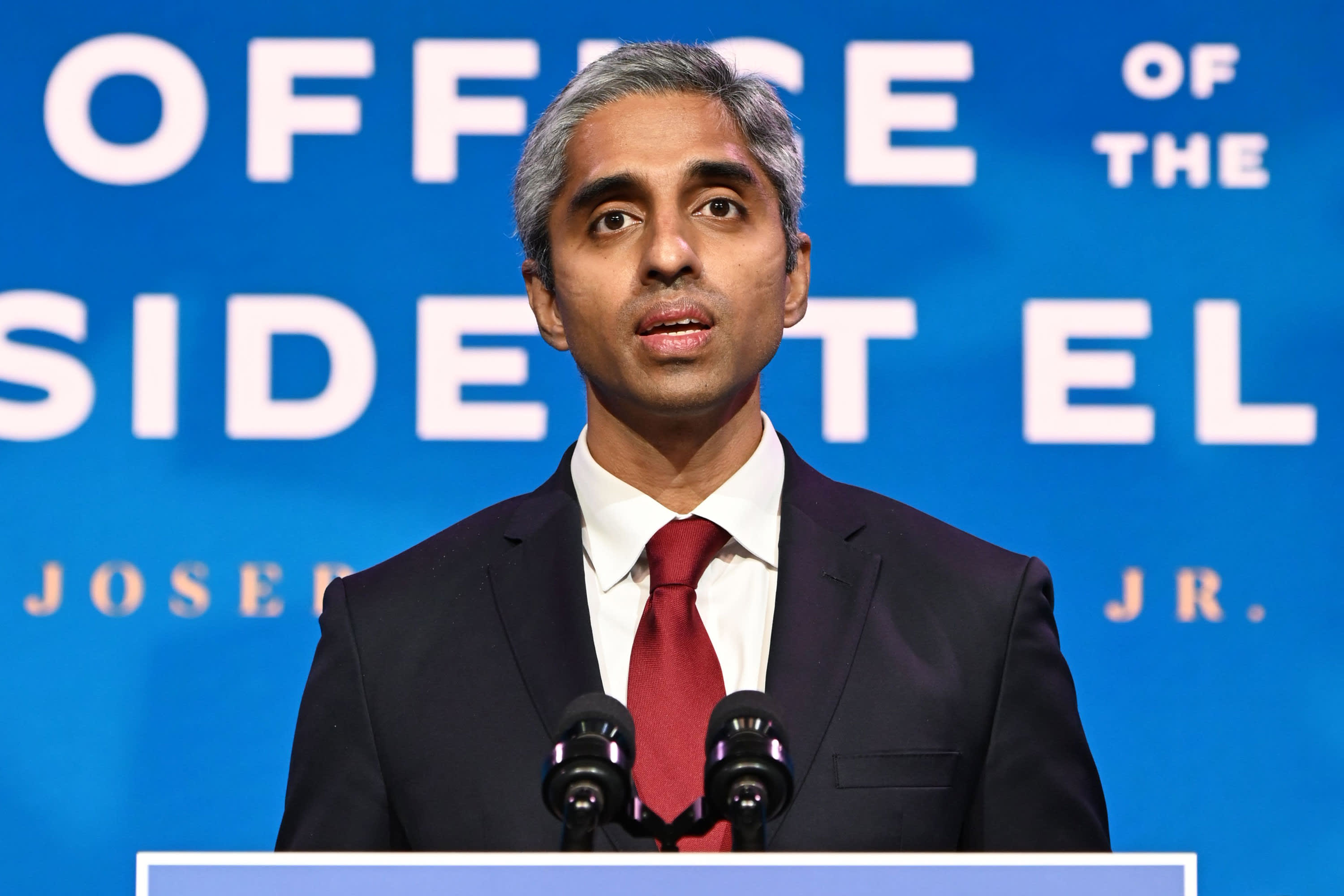 Vivek Murthy, who has been nominated by President-elect Joe Biden to serve as the US Surgeon General, speaks as Biden announces his team tasked with dealing with the Covid-19 pandemic at The Queen in Wilmington, Delaware on December 8, 2020.Jim Watson | AFP | Getty ImagesWASHINGTON – President Joe Biden’s surgeon general pick said Sunday that the United States is in a race to adapt against the mutating coronavirus which has produced a number of potentially more infectious variants of Covid-19.”The virus is basically telling us that it’s going to continue to change and we’ve got to be ready for it,” Dr. Vivek Murthy said during an interview with ABC News’ “This Week.””We’ve got to number one, do much better genomic surveillance, so we can identify variants when they arise and that means we’ve got to double down on public health measures like masking and avoiding indoor gatherings,” Murthy, Biden’s nominee to be the nation’s next surgeon general, added.He also called for an emphasis on treatment strategies as well as further investment in testing and contract tracing methods.”So the bottom line is, we’re in a race against these variants, the virus is going to change and it’s up to us to adapt and to make sure that we’re staying ahead,” Murthy said.On Friday, British Prime Minister Boris Johnson said the new variant, known as B.1.1.7, was associated with a higher level of mortality. When asked, Murthy said the U.S. still needs more data on the U.K. variant before making the same determination.Dr. Anthony Fauci, Biden’s top Covid-19 medical adviser, told CBS New “Face the Nation” on Sunday that the U.S. has “every reason to believe” the British governments’ assertion that the variant is more deadly.”We need to assume now that what has been circulating dominantly in the U.K. does have a certain degree of increase in what we call virulence, mainly the power of the virus to cause more damage including death,” Fauci said, adding that the U.S. will still want to access the U.K. health data.Preliminary analysis of the mutated strain, which was first identified in the U.K., suggests it may be the culprit behind Britain’s spike in cases. Johnson has previously said that the new variant could also be as much as 70% more transmissible. The British government has also confirmed that another infectious variant of the coronavirus identified in South Africa has emerged in the United Kingdom.Read more: 5 things to know about the new Covid strain spreading in the UKLast month, Colorado announced the nation’s first case of the new and potentially more infectious strain of Covid-19. The Centers for Disease Control and Prevention warned last week that the U.K. variant, which is already circulating in at least 10 states, could become the dominant variant in the U.S. by March.Fauci warned on Sunday that the Covid-19 vaccines currently on the market may not be as effective against new strains of the coronavirus identified in the U.K., South Africa and Brazil.”We are going to look at this and follow this very, very carefully because these things do evolve,” Fauci said, adding that the Biden administration was already planning to modify the vaccines.”We don’t need to do that right now but the best way to prevent the further evolution of these mutants is to vaccinate as many people as possible with the vaccines we currently have available,” he said.