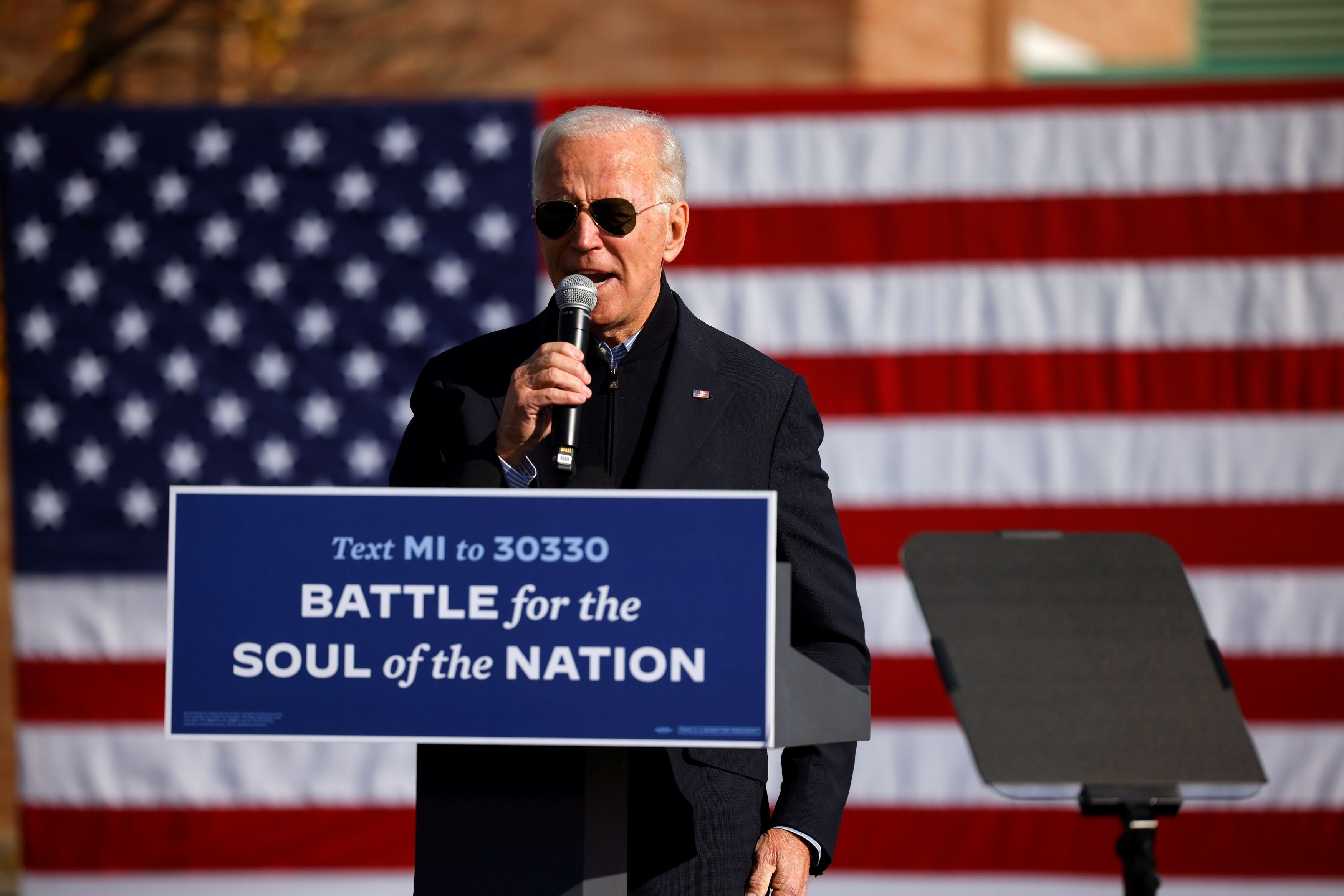 Democratic U.S. presidential nominee and former Vice President Joe Biden speaks at a campaign drive-in, mobilization event in Flint, Michigan, U.S., October 31, 2020.Brian Snyder | ReutersFormer Vice President Joe Biden holds a substantial national lead over President Donald Trump in the closing days before Election Day, a final NBC News/Wall Street Journal poll has found.A majority of voters say they’re unhappy with how the president has dealt with the coronavirus pandemic and where the country is going.In the closing days of the campaign, Biden takes a 10-point lead over Trump, garnering support of 52% of registered voters nationally versus 42% for Trump. That’s slightly down from Biden’s 11-point lead in the NBC News/WSJ poll from two weeks ago.Six-in-10 voters said the country is on the wrong track under the president’s leadership and a majority disapproved of Trump’s handling of the pandemic, according to the current poll. A majority of voters, 51%, said there’s no chance they’d support Trump, while 40% said the same for Biden.The poll finds that a majority of voters, 52%, disapprove of Trump’s job performance, while 45% approve. 55% of voters approve of how the president has handled the economy. But 57% disapprove of the president’s handling of the pandemic, while just 40% approve.Biden’s key advantages are among Black voters (Biden has 87% to Trump’s 5%), voters ages 18-34 (60% to 32%), seniors (58% to 35%), women (57% to 37%), whites with college degrees (56% to 41%) and independents (51% to 36%).Trump takes the lead among white voters (51% to 45%) and whites without degrees (58% to 37%). He also takes a narrow 1-point lead among men (48% to 47%).The poll of 1,000 registered voters, more than half of whom were reached by phone, was taken on Oct. 29 -30 and has a margin of error of plus or minus 3.1 percentage points.More than 92 million Americans have already cast their ballots in the days before the Nov. 3 election — representing 66.8% of the total voter turnout in the 2016 election — as the candidates make their last efforts to mobilize support in battleground states.