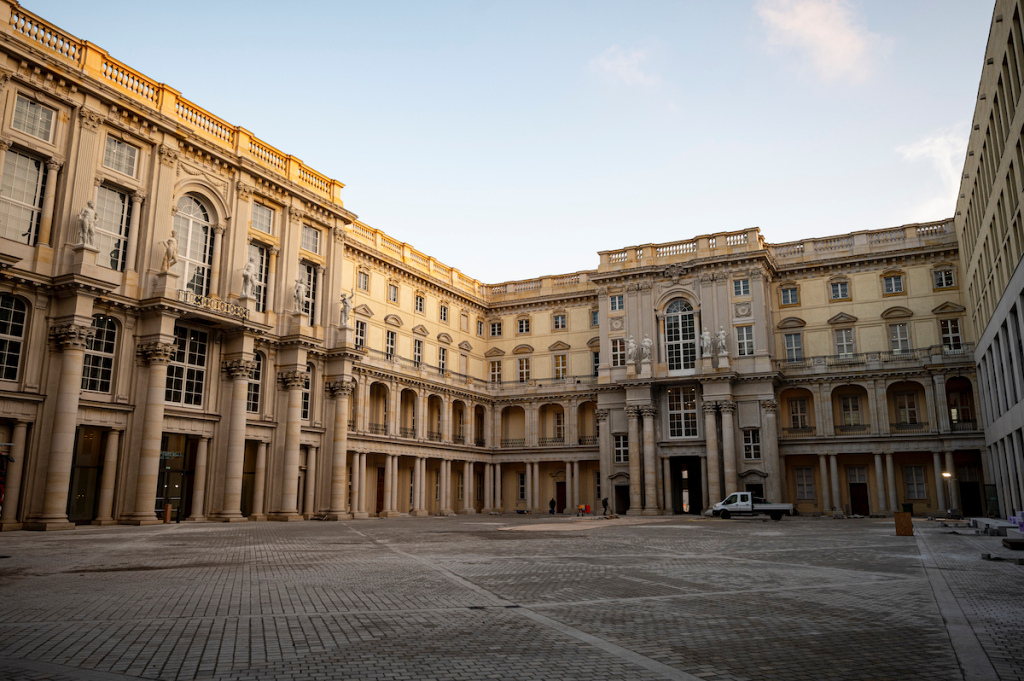 In a surprise move, the Humboldt Forum, a new Berlin museum home to a vast collection of non-European artworks, will not show its prized Benin Bronzes, which many have alleged were looted from West Africa during the 19th century. Instead, it will either exhibit replicas of them or leave blank spaces in their intended display, the museum’s general director, Hartmut Dorgerloh, said on Monday at a press conference.
In fact, such objects may never be seen at the German museum again: the Humboldt Forum has reportedly begun to seek the return of its Benin Bronzes. According to the German outlet Süddeutsche Zeitung, Andreas Görgen, the director general of cultural affairs for Germany’s Ministry of Foreign Affairs, met with Nigerian leaders to discuss the possibility of sending back the objects.

Dorgerloh said he expects the board of the Prussian Cultural Heritage Foundation, which manages Berlin’s public museums, to make a decision on the potential return by this fall.
ARTnews has reached out to the Humboldt Forum for comment.
The news comes days after scholar Bénédicte Savoy decried the Humboldt Forum’s plans to exhibit the Benin Bronzes, which were previously shown at Berlin’s Ethnological Museum. (As part of the Humboldt’s opening, much of the Ethnological Museum’s openings were to be transferred to the new museum.)
Savoy, who with Felwine Sarr authored a famed 2018 report urging the French state to being repatriating African objects in its holdings, told Der Spiegel, “With each month, with each day, the probability that the bronzes can be shown without embarrassing yourself decreases.”
The Benin Bronzes are a group of artifacts that were taken by British troops in 1897 from the kingdom of Benin, in what is now Nigeria. The cache of artifacts has been dispersed around European institutions, with many of the most famous plaques ending up at the British Museum in London. Also among the valuable objects taken were tusks, figurines, and more.
[Read about 20 works that have faced claims of looting, plundering, and theft.]
Historians, activists, and politicians have been seeking the return of the Benin Bronzes for decades, repeatedly urging the British Museum, the Musée du Quai Branly–Jacques Chirac in Paris, the Humboldt Forum, and others to send back the artifacts to Nigeria. Many have alleged that the objects were stolen by the British as part of a colonialist conquest. Berlin’s Ethnological Museum is believed to own 530 objects from the group.

While no European museums have officially sent their Benin Bronzes back yet, Nigerians have been eagerly awaiting their return for years. In 1977, an ivory mask held by the British Museum became a symbol for FESTAC, a festival in Lagos that celebrated African culture, and the Edo Museum of West African Art, a new institution due to open in 2025 in Benin City, Nigeria, will act as a home for any Benin Bronzes, should they be repatriated or put on long-term loan.
The Humboldt Forum held its inauguration in December, although the museum still has yet to welcome its first public visitors due to the pandemic. It has been the subject of widespread suspicion over the provenance of certain of its objects and pushback over the whopping $825 million cost of its building.
More and more, museums across Europe are beginning to explore returning artifacts that have been subject to claims of looting and plundering. Since 2019, France has been undertaking the process of repatriating 27 objects to Benin and Senegal, and in 2021, the Netherlands said it would adopt a “radical” plan that would see numerous objects returned to various countries.