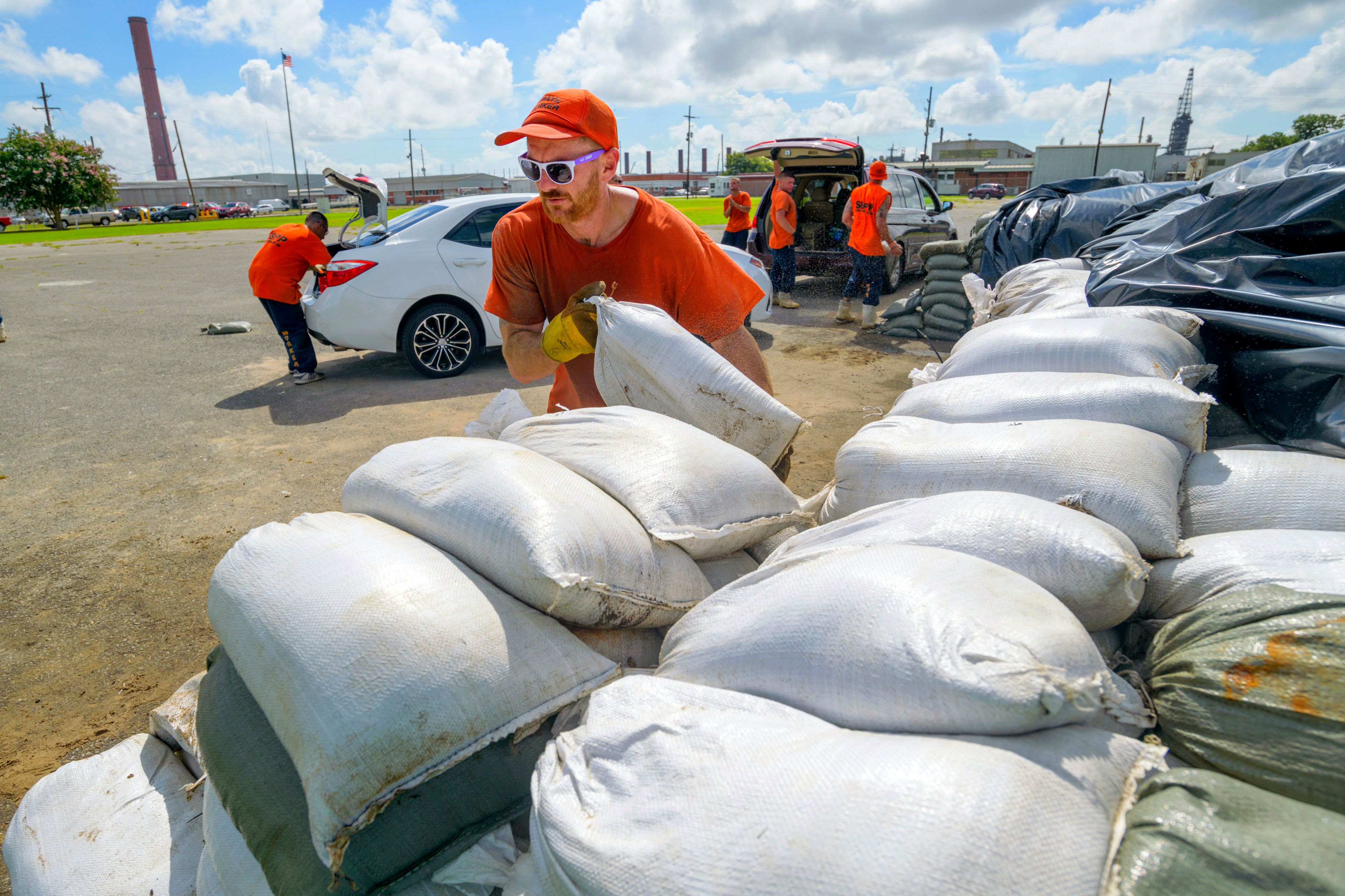 Tropical Storm Barry, which threatens to make landfall as a hurricane Saturday and flood parts of Louisiana, will pose a serious test of New Orleans’ post-Hurricane Katrina flood defenses.

New Orleans’ situation is precarious. The Mississippi River is expected to rise to nearly 20 feet, the highest level since 1950; roughly 10 to 15 inches of rain is projected to drench the state through the weekend; and a storm surge could reach 3 to 6 feet above normal tide levels in areas at most risk.

As the National Hurricane Center expects a Category 1 hurricane as soon as late Friday, some experts emphasize that Louisiana’s defense system for storm surges is vastly improved since Hurricane Katrina in 2005, which struck Louisiana as a Category 5 storm, inundating most of New Orleans. Despite better built levees and flood walls since Katrina, officials are concerned that additional rainwater from Barry could exacerbate an unusually swollen Mississippi River this weekend.

“Katrina exposed every weak link in the chain that we had, in terms of defense to storm surges,” Barry Keim, a climatologist at Louisiana State University, said in an interview. “We exposed every one of those weaknesses and fixed them. Now, the levee system is way more robust than it was back in 2005.”

During Katrina, there were over 50 levee and flood wall failures. Investigations in the years following revealed several factors that led to failure, including improper maintenance, design flaws and instances where levees were built partly with sand, rather than thicker clay that provided greater protection.

New Orleans government officials and experts are targeting rainfall as the main threat to communities, and are focusing on the complex system of drainage pumps. The city has not issued a mandatory evacuation, but has warned residents of the incoming threats and has declared an emergency. President Donald Trump on Friday declared an emergency and ordered federal assistance to Louisiana.

The city is protected from flooding by a system of levees and pumps, which can be overwhelmed by extreme bouts of rainfall or consistently heavy rain over the course of a few days.

“The biggest threat right now is rainfall. We don’t know yet the intensity of the rainfall,” said Clinton Willson, an environmental engineering professor at Louisiana State University.

“Our storm water infrastructure is reliant upon a long, steady duration of rainfall rather than short, massive high-intensity rainfall events — that overwhelms the local system.”

According to the hurricane center, Barry will be slow moving and result in “a long duration heavy rainfall and flood threat along the central Gulf Coast.” If any of the levees failed, parts of the city could be flooded.

“We’re in much better shape going into this storm,” Keim said. “This storm is really only expected to be a Category 1 storm at worst. By virtue, it won’t test the levees like Katrina would. I don’t anticipate any major problems.”

That said, the category of a potential hurricane doesn’t consider storm surge and rain production, which are key concerns for flood-prone cities New Orleans, where Barry will put the city’s pump-and-levee protection system to the test.

The Mississippi River is also running higher than usual this season as a result of heavy spring rains and snow melt, and is reaching close to the 20-foot-high levees. However, some authorities and experts said that they do not expect the river to spill over its levees.

“At this point, there is no real alarm,” said environmental engineer Bob Jacobsen. “One of the concerns has been since the Mississippi River is in flood stage, it could pile up at levels that would overtop the Mississippi levee.”

Canal Street is flooded a day after Hurricane Katrina blew through August 30, 2005 in New Orleans, Louisiana.

The river’s levee flood control system, he predicted, would be “fine.”

Since the devastation of Katrina, where levee failures and catastrophic flooding led to an estimated 1,800 deaths in Louisiana and other states, the Army Corps of Engineers funneled millions of dollars into a hurricane-protection system, which includes fixing levees and and pump stations used to mitigate flooding.

Since Katrina, “public awareness and communication is better and people are much more informed today,” Clinton said.

“Communities and agencies are also more prepared to respond,” he said.

According to Jacobsen, a primary lesson from Katrina and other storms since is that New Orleans is particularly vulnerable to storm surge, Mississippi River flooding and rainfall, threats he said are all accelerated by climate change.