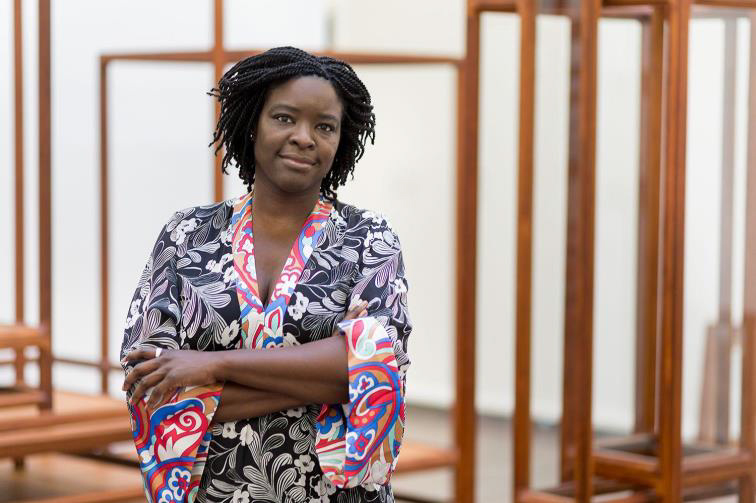 Elvira Dyangani Ose will be the next director of the Museu d’Art Contemporani de Barcelona (MACBA), one of Spain’s most important museums. She begins her five-year contract this year and replaces outgoing director Ferran Barenblit, who has led the museum for six years. Dyangani Ose is the first woman and the first Black person to lead MACBA since its founding in 1987.
Since 2018, Dyangani Ose has been the director and chief curator of the Showroom in London, which is known for commissioning site-specific exhibitions by emerging artists. She is also currently a lecturer on visual cultures at Goldsmiths, University of London.

Previously, she was a curator of international art at Tate Modern, curator of contemporary art at the Centro Andaluz de Arte Contemporáneo (CAAC), and senior curator at Creative Time in New York. She has also been the artistic director of Rencontres Picha – Lubumbashi Biennial in the Democratic Republic of the Congo and curator of Göteborg International Biennial for Contemporary Art.
Dyangani Ose’s appointment to MACBA is a homecoming of sorts, as she was born in the Spanish city of Cordova and studied art history Universitat Autònoma, Barcelona. She is currently an art history Ph.D. candidate at Cornell University and is expected to defend her dissertation this summer.
The museum is currently undergoing an expansion project, led by Catalan-Swiss team of HArquitectes and Christ & Gantenbein. In a release the museum said that the expansion “will consolidate MACBA as an integrative museum and also as a public meeting point.” According to the Catalan-language newspaper El Punt Avui, the architects took over the project just three months ago and Barenblit’s handling of the situation led to his contract not being renewed. Last month, he took a position as a visiting professor at the University of Michigan in Ann Arbor to teach on art and politics in Spain.
Members of the jury that recommended Dyangani Ose to be MACBA’s next director included Chris Dercon, president of the Réunion des Musées Nationaux – Grand Palais; João Fernandes, artistic director of the Instituto Moreira Salles in Rio de Janeiro; and Ann-Sofi Noring, chief curator of the Moderna Museet in Sweden.
In its announcement, the council cited Dyangani Ose’s intention to provide “an innovative approach to the role of the Museum on the local and international stage, while incorporating a clear desire to connect with contemporary debates on the role of art at the beginning of this century, without shying away from a firm commitment to the social issues surrounding cultural institutions.”