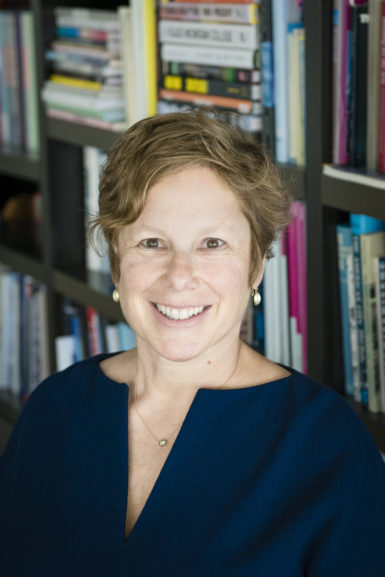 Jill Medvedow, the director of the Institute of Contemporary Art Boston and the chair of the AAMD’s Professional Issues Committee.

With workers at art institutions across America agitating for fair pay and transparency, the board of the Association of Art Museum Directors has passed a new resolution in which the organization encourages museums to stop offering unpaid internships.

“Internships provide critical opportunities for students considering careers in art museums, as well as experience necessary for entering the workforce,” the resolution reads, before recommending that “art museums should pay interns, except in special circumstances justifying such an arrangement.” (Special circumstances, a representative for the AAMD said, include programs that allow interns to receive college credit, as many American schools do not allow students to receive both credit and pay for internships simultaneously.)

“It is obvious that unpaid internships are only available to those who have the means to work without pay,” Jill Medvedow, the director of Boston’s Institute of Contemporary Art and the chair of the AAMD’s Professional Issues Committee, told ARTnews. “This has been a longstanding practice, but it still needed to be articulated out loud as a first step toward change.”

According to “Art/Museum Salary Transparency 2019,” an online document that started circulating three weeks ago with anonymous citations of pay rates for a variety of positions at museums and galleries around the world, some institutions headed by AAMD members have not paid their interns. On Thursday, the Professional Organization for Women in the Arts released the findings of its first salary survey, which determined that earning a master’s degree “doesn’t have a substantial impact on a salary.” Meanwhile, steps toward the formation of unions have been taken at the New Museum, the Frye Art Museum, and the Guggenheim Museum in recent months.

Medvedow said that, while the AAMD resolution may be a small measure in the full context of museum operations, it could lead to helpful consequences for workers getting their start. “In this difficult world that is so defined by racism and other ways of exclusion,” she said, “this is one concrete step forward.”

Here’s the Artist List for the First Toronto Biennial -ARTnews
World Refugee Day Brings Shroud of Mystery to the Met, With Aid From International Rescue Committee -ARTnews
To Top
error: Content is protected !!