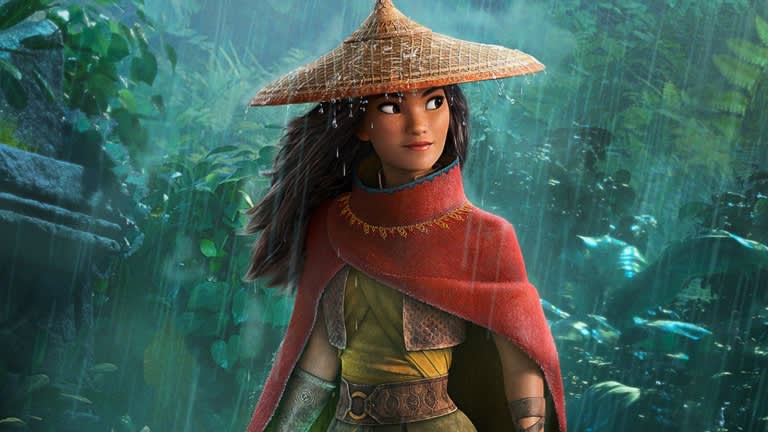 Things are looking up for the domestic box office.In recent months, ticket sales have been accelerating, a sign that moviegoers are ready to return to theaters. Encouraged by the trend, some studios have moved up release dates.Over the weekend, ticket sales reached an estimated $25 million, which would be the best showing since the pandemic forced theaters to close about a year ago if those numbers hold when the final tally comes in late Monday.The sales bump comes as the U.S. continues a robust rollout of vaccines and states have begun to loosen restrictions on indoor movie theaters. Last Friday was the first time New York City movie theaters were able to reopen in nearly a year. While Regal theaters remain closed domestically, AMC locations and a number of independent cinemas eagerly reopened.Over the weekend, 45% of all North American theaters were open, up from 42% the weekend prior, according to data from Comscore.”The road back will take some time,” said Paul Dergarabedian, senior media analyst at Comscore. “We didn’t get here overnight and we won’t see the industry bounce back in a single weekend, but the building blocks of the theatrical recovery are being placed one by one.””Raya and the Last Dragon,” Disney’s first theatrical release domestically since March 2020, had a soft opening, garnering an estimated $8.6 million over the three-day spread. The film was simultaneously released on Disney+ for an additional $30, but it is currently unknown how many opted to view the film on streaming.The film generated considerably less than $14.1 million that “Tom & Jerry” rang up during its opening in the prior weekend. It should be noted that Cinemark elected not to show “Raya” in its 345 domestic theaters due to a reported rental price disagreement with Disney.”Tom & Jerry” tallied an additional $6.6 million during the most recent weekend. Those results, coupled with ticket sales from “Chaos Walking,” “Boogie” “The Croods: A New Age” and “Wonder Woman 1984,” helped buoy the weekend’s box office results.While the domestic box office is still a fraction of where it was early last year. Still, studios have taken notice there has been a strong bump when there is a major studio release.Over the Christmas weekend, the box office garnered $23.8 million in ticket sales as “Wonder Woman 1984” and “News of the World” debuted. Then the weekend that “Tom & Jerry” arrived, the box office reached $20.2 million.These upticks in ticket sales, combined with more theaters opening and a wider distribution of vaccines, has given some studios the confidence to move up the release dates of big movies.In January, Warner Bros. led the pack by positioning “Godzilla v. Kong” on March 31, upending it from its May release date. Then in the last week, Sony moved “Peter Rabbit” to May 14 from June and Paramount Pictures brought “A Quiet Place II” to May 28 from September.”Studio confidence is key and if this weekend was any indication, the industry is on the right track,” Dergarabedian said. “The theatrical marketplace is waking like a sleeping giant and we are slowly but surely seeing the signs of a box office revival.””2021, though still impacted by a limited percentage of open theaters could wind up performing better than expected even as release dates continue to shift,” he said. “The fact that studios are now moving titles by days and weeks rather than months is a really great sign.”Emily Blunt, Millicent Simmonds and Noah Jupe star in “A Quiet Place Part II.”Paramount PicturesOf course, there are still some titles that have shifted backwards. Universal’s “F9” postponed its Memorial Day weekend release in favor of June 25 and the company’s animated feature “Minions: Rise of Gru” was displaced until 2022.It seems that Universal is seeking to position the movie, which has a production budget of $200 million, for as big of an opening weekend as it can both domestically and internationally. While the box office is recovering, placing the film deeper into summer could give it a better chance of selling more tickets.Similarly, pushing “Minions: The Rise of Gru” to 2022, allows Universal to secure a high-profile date for its release and avoid the overcrowded 2021 calendar. The hope is that by moving it another year, the film, which like “F9″ is poised to do well internationally, will capture significant ticket sales.Both the Fast and Furious franchise and the Minions franchise have released billion-dollar films in recent years. Postponing these releases would put them on track to achieve that mark again.”Given a handful of overseas trends since last fall that, we believe, have helped demonstrate underlying moviegoing demand as well as one of the more impressive upcoming blockbuster film slates scheduled for the next two years,” said Eric Wold, senior analyst at B. Riley Securities in a note to investors on Monday. “We remain extremely optimistic around the potential for the U.S. box office environment as additional moviegoing markets reopen after New York City.”The next big blockbuster to hit theaters will be “Godzilla v. Kong” on March 31. The film also arrives on HBO Max the same day.Disclosure: Comcast is the parent company of NBCUniversal and CNBC.

Virginia gets close to legalizing recreational weed as other states eye cannabis tax windfalls
Malaysian glove makers are ‘too cheap to ignore’ after recent fall in share price, analyst says
To Top
error: Content is protected !!