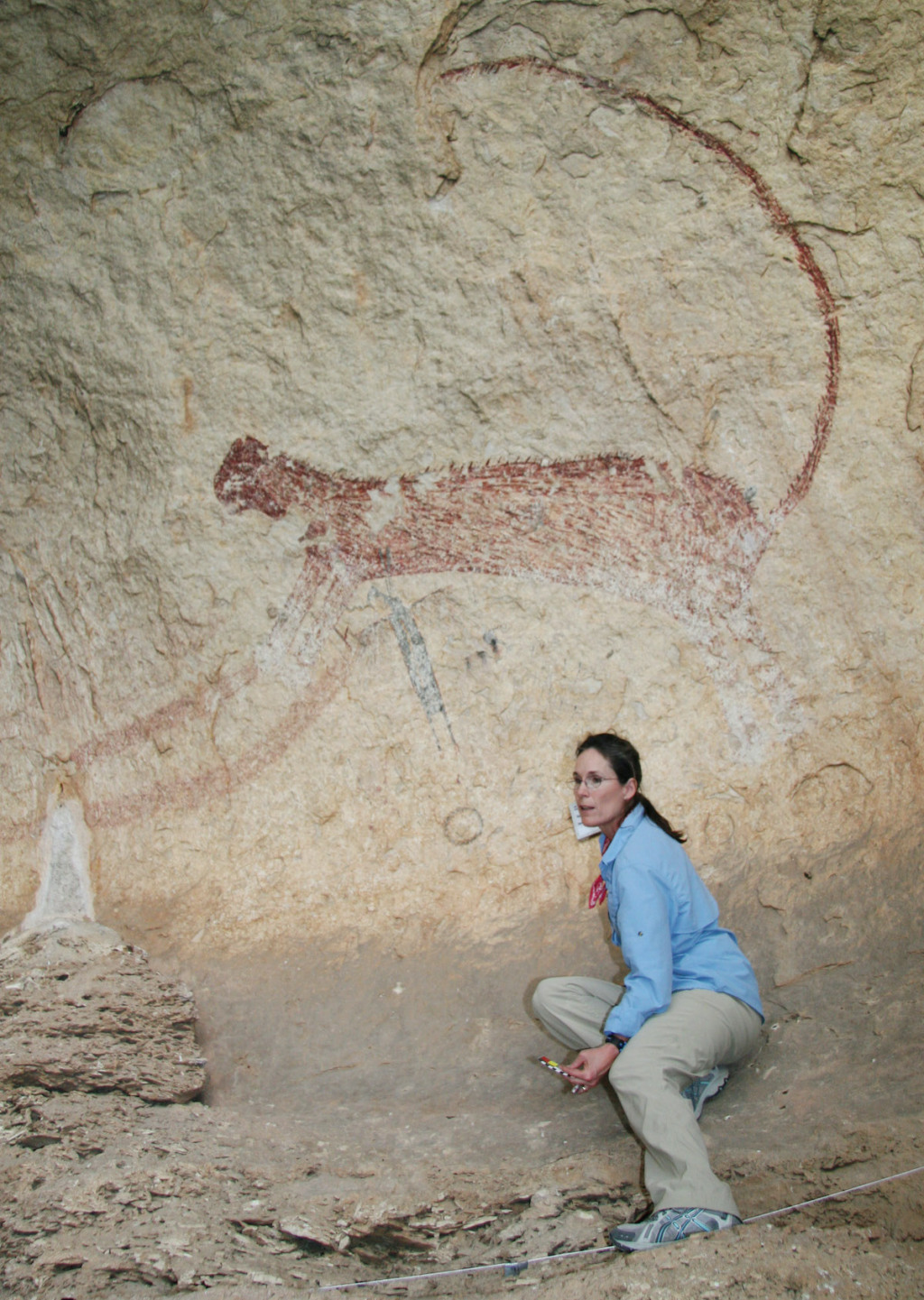 Archaeologists are working to document ancient artworks at the U.S.-Mexico border in Texas that face environmental threats. The Texas-based nonprofit Shumla Archaeological Research and Education Center has established a $3 million research effort, called the Alexandria Project, to support the research.
According to a report by the Art Newspaper, researchers have already recorded over 230 murals that are between 1,500 and 4,200 years old along the Rio Grande. These ancient paintings are found in the Lower Pecos Canyonlands Archaeological District, which spans 50 miles in Texas, primarily in Val Verde County, and 60 miles south into Mexico’s Coahuila state. Many of the works, which depict human figures, animals, and more, are situated on private land. As a result, most of them have not been previously documented by researchers.

Archaeologist Carolyn Boyd, who founded the Shumla Center, told the Art Newspaper that the team has offered “educational and outreach programming to the landowners in the area to inform them about what we are learning and the significance of the art, to establish goodwill.” (Several of the murals are endangered by flooding and others are inaccessible to archaeologists due to cartel activity.) She added, “We rely on them to protect the sites—and so far it’s working.”
Thus far, the Alexandria Project has captured high-resolution images, made three-dimensional models, and documented the iconography of the ancient sites. The initiative will continue to focus on documenting the murals and on scientific analysis, including radiocarbon dating.
“When you visit over 230 sites in less than four years, you begin to see patterns and recognize the hand of a specific artist and the recurrence of certain types of figures,” Boyd said.

ARTnews in Brief: James Cohan Gallery Names David Norr Co-Owner—and More from May 10, 2021
How the Museum of Chinese in America Emerged from a Fire and Pandemic Lockdown
To Top
error: Content is protected !!